Just received my AP200 and well impressed by the depth of info available.

Autel MaxiAP AP200 is proving to be a great little unit. Once BENZ SPRINTER is downloaded with the MaxiAP200 app, you will be prompted to download an additional Diag-Benz app. Owning an 07 Dodge branded sprinter.

As a Dodge, the US VIN is not recognized and the alternate VID states that it’s covers too broad of a vehicle range and advises to manually select body/engine/transmission specifics. Using the Diagram-BENZ app under Sprinter and Sprinter lll has produced mixed results but so far ave managed to teach-in DPF, force active regen, and monitor differential pressure. It even monitors swirl valve activity/position, displays which circuit is controlling rail pressure, and allows you to test egr actuation, all common issues with OM642 V6 engines. 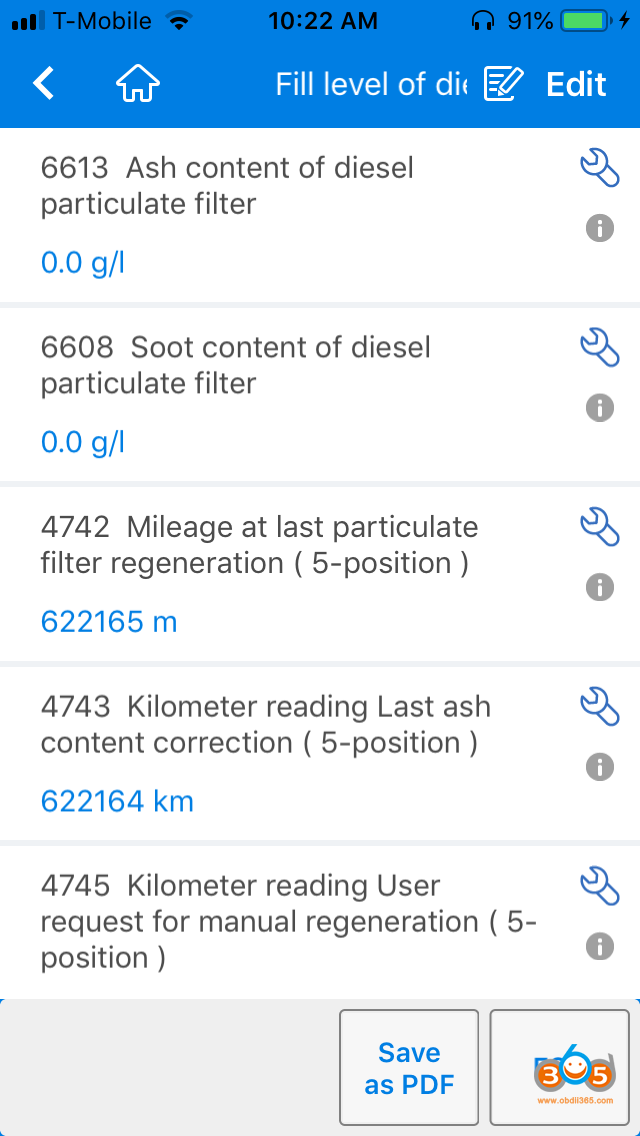 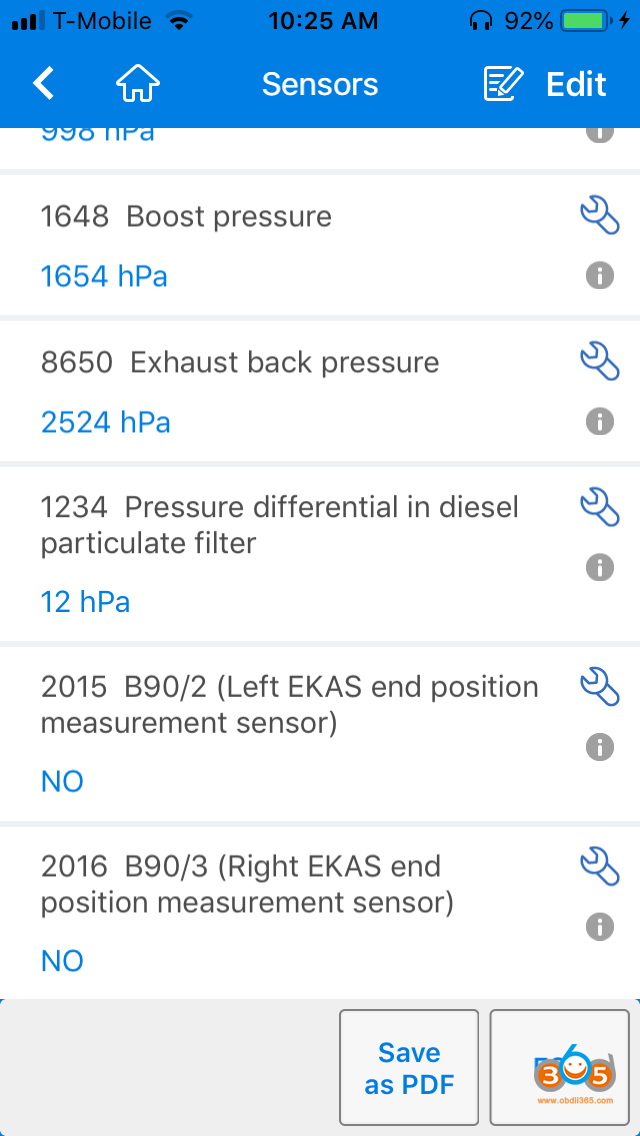 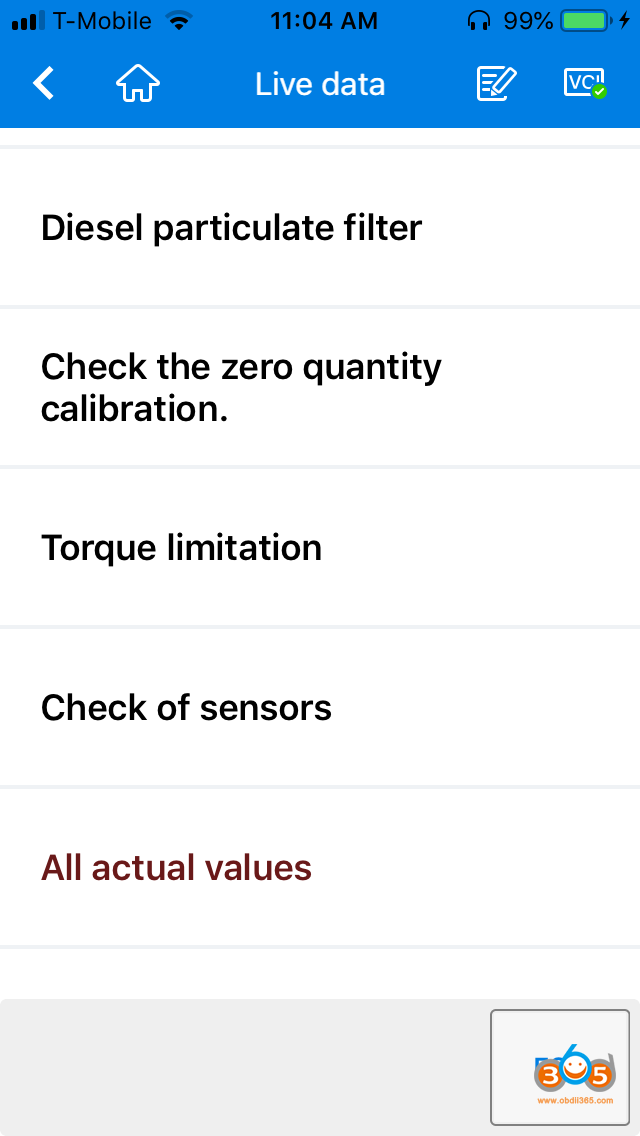 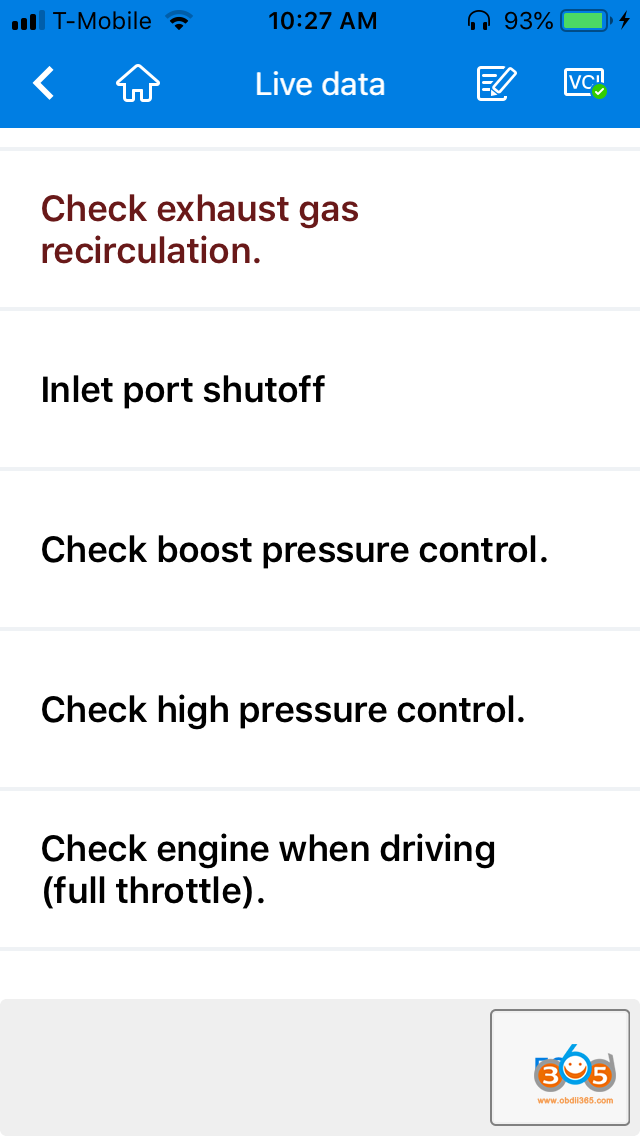 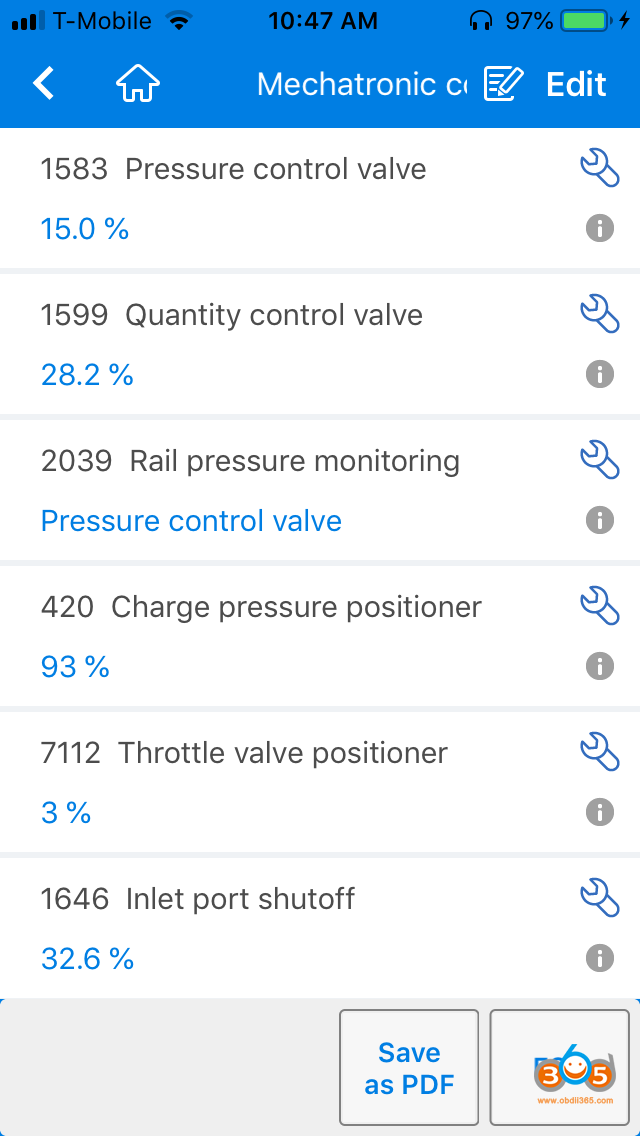 For active live monitoring of normal engine functions, you can select numeric or analog displays (and units) to view on your phone (iOS) while driving. Worth every penny so far, just takes time to establish displays and connect each time you want to view. Too much work for me to setup for everyday use (as people use scangauge) but perfect for diagnostics.

For my older iPhone, it seemed that I had to have at least 2Gs of available memory to successfully download the Autel apps and BenzSprinter data. Once installed, it takes up around 1.4G for the 3 required items. 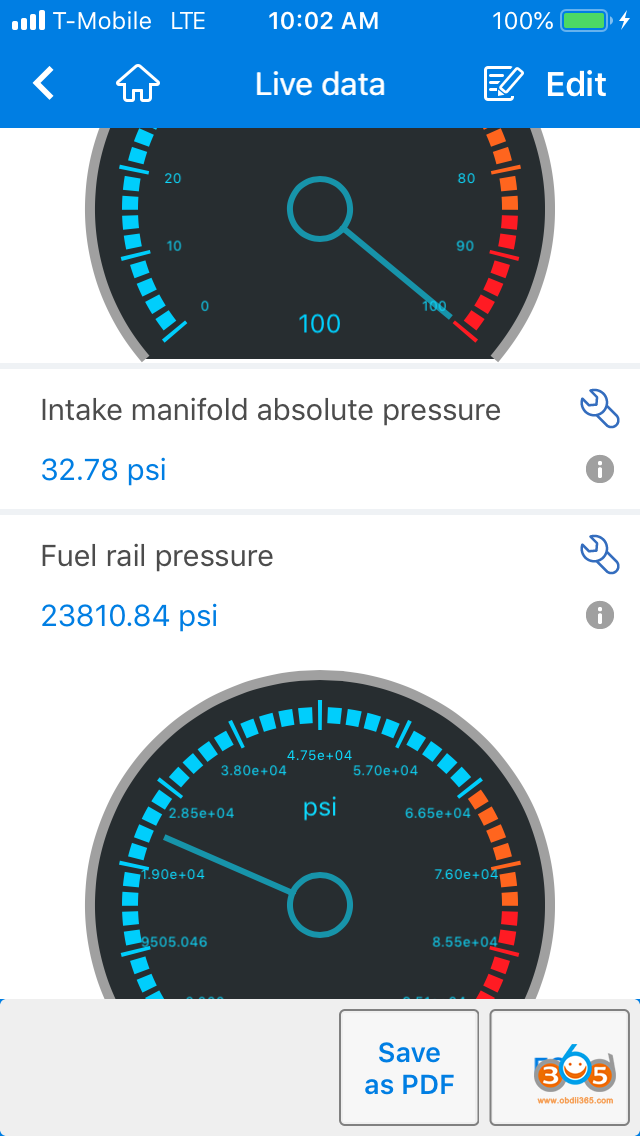 The manual regen selection was not displayed as an option in one of the menus that I was exploring. This morning I connected and stumbled across it quite easily. There are options for how you would like to perform your regen, stopped in neutral, or dynamic while either driving or on a roller. I had found dpf differential pressure as a live data display but could not locate this time around. I have not had the time to explore all of the features yet. I have spent a lot of time getting denied by an “unable to connect” prompt. In general, I’ve found the most success selecting “Sprinter” rather than Sprinter lll, which seems to favor Bluetec machines. For ecm related stuff, I have to manually enter engine and trans designations since it will not recognize my VIN. Then I am only able to select CDI6 or above where I believe mine is CDI4 (based on VIN decoding by Xentry). I’m still learning this thing and trying to figure which app does what. No formal complaints as I’m sure I’m just missing something. Might be able to play with it a bit more today. 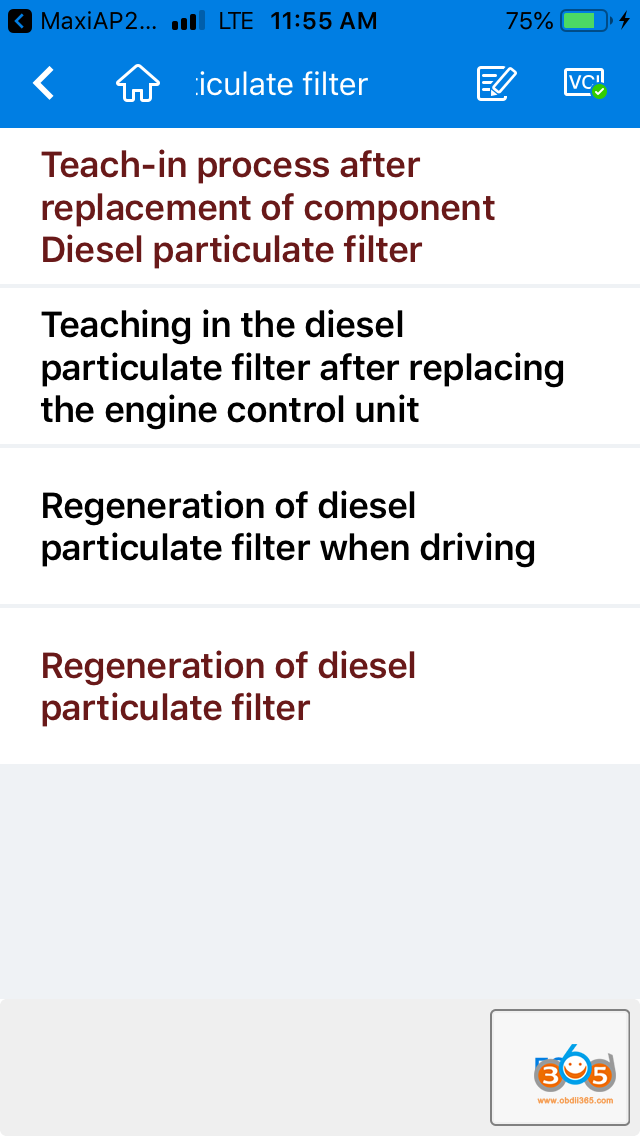 Look at the below images with using experience. 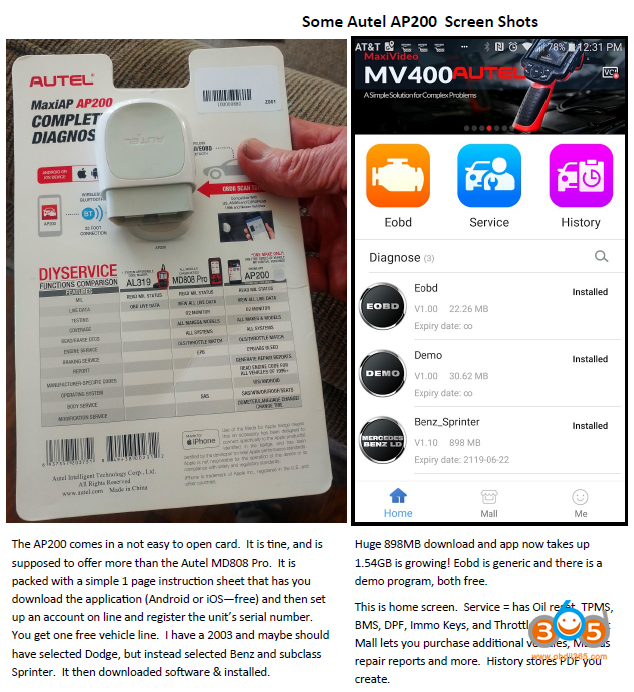 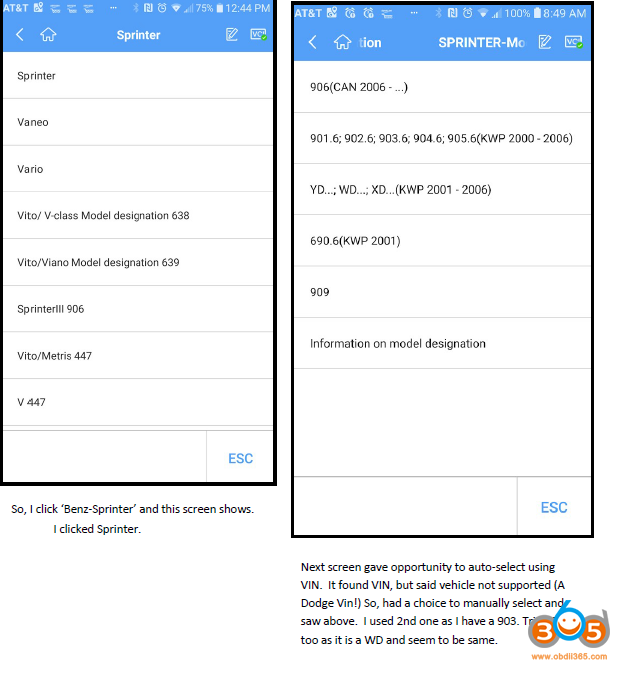 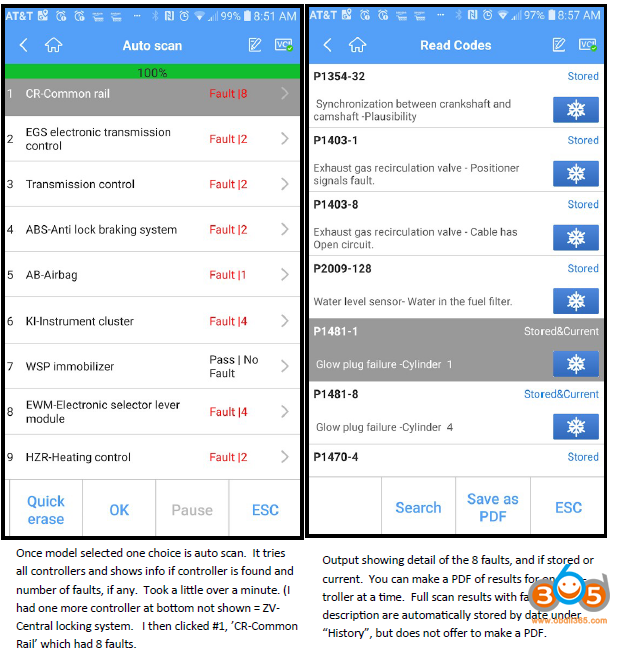 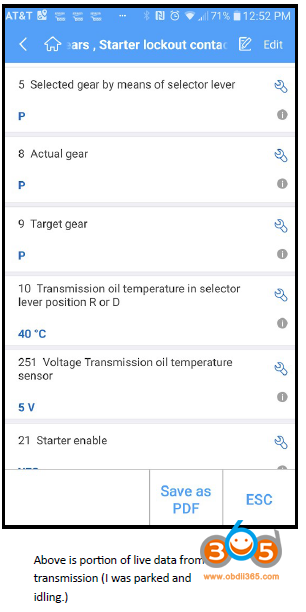 Q 1: Will this device enter a DPF regeneration mode?

A: the DPF regeneration option is available the AP200, and I can confirm that it is offered (on the menu system at least) for your 2007 since that is what I have as well. Also offered is a replacement DPF teach-in procedure.

you get from the “Mall” is “Benz_Sprinter”. If you choose “Benz”, it won’t have the Sprinter and they won’t let you take it back. 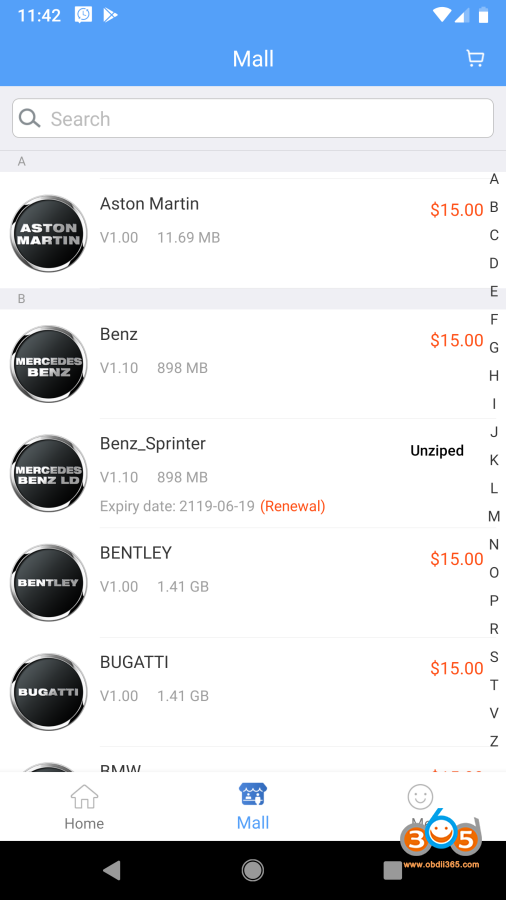 Q 3: I just ordered one of the scanners and do have an espar heater that I haven’t seen run yet and here in Omaha, Nebraska it gets plenty cold enough to make that little boiler a very welcome item! I bought my 2004 Dodge Sprinter 2500 118” WB low top about two and a half years ago when it had 328,000 miles on it. It now has 364,000 miles on it and aside from not having gotten any owners manual with it, which has prevented me from even knowing how to try to turn the little boiler on, I have been fighting a starting error problem every time the temp gets below 40-50 degrees Fahrenheit. I have narrowed it down to the area of the shifter assembly ( by rapping the various components and seeing which areas tend to let it get past the start error display and actually crank). Going to do some disassembly, cleaning, checking, adjusting, and lubricating. The way it acts I figure there could be a female half of a connector that has gotten worn or loose over the years. If I get lucky, I might be able to clean, tighten, and lubricate the connections with anti-oxidation compound and cure my problem without having to buy some expensive parts that will probably have to be ordered from the factory! $$$$ yikes!! Will this model 200 tell us the boost pressure and commanded vane positions of the adjustable vanes on the turbo? And can we adjust some parameters of the ECU with it? I would like to get better torque, horsepower, and fuel economy out of mine, and have heard that the three of them can actually be done simultaneously.

It can read a bunch of parameters associated with the turbo on my 2006. You can see commanded positions of a bunch of actuators. It will also likely help with troubleshooting as it reads codes from all the systems, not just the ECU. Can bus errors where the shifter does not see the brakes, etc. will show up. Maybe that will help.

It cannot change parameters in the ECU. You need a much more expensive scanner for that. You likely can get better performance with a “tune” but one of the largest providers was basically put out of business by California and the EPA as that results in higher pollution. They even forced the company to hand over the customer list and then would not allow the customer to register the vehicle in California without removing the tune. Also, there is some anecdotal evidence that piston damage is more common with the tune as temperatures are higher. That is not proven however.

As you can tell, I am not a fan. Mine runs well enough. I did not expect it to accelerate like an AMG. Last year I was heading to the Mercedes dealer and an AMG pulled up beside me. He got to the dealer a lot faster than I did. Mine has gotten me everywhere I needed to go, at the speed limit.

I am also in the process of fighting the Black Death, already changed the #1 injector hold down bolt and injector sealing washer. Upon startup after the change I noted the #2 cylinder had the same problem which prompted me to get two more bolts and washers. I haven’t used them yet, but when I was doing some more cleaning up around the injectors to facilitate the change of parts on cylinder #2, I also noticed a slow bubbling around #4 so it was a good thing that I did pick up two more of both! Once I get those known repair projects done I plan on hooking up the scanner to check for other problems that I might be able to catch before they get very expensive to fix and see if I can get my Espar going. I will probably put on a long range radio controlled relay for the RKE since the range on the original when it still did work was puny. Also being able to startup the Espar from a distance so I can climb into a nice warm van that literally starts like its summertime would be a very nice thing to make happen! Once I get most of those things done I plan on doing some baseline testing to compare things to as I do other mods to it. One of the next things that I want to do is measure up the space between the passenger side headlight and the air cleaner because it looks like there may be enough space to mount an Amsoil spin on bypass filter mount, and that would leave the vast majority of the rest of the systems serviceability unaffected. If there’s any interest I would be glad to post pictures and diagrams of the installation and any brackets that might need to be fabricated for the installation as well as a hardware list that works well.

A: The heater booster option does not run unless the engine is running, which I have confirmed with the AP200. See this other thread for discussions of the various MODs.

There are other Espar versions that do run when the engine is not running, but I don’t have those versions, hence the interest in the MODs. I’d suggest you post the Espar MOD related stuff in that other thread as it is not really AP200 related. It hopefully will be easier to find there.

Credits to the members of sprinter-source.com/forum/ who share their using experience with Autel AP200.