I retrofitted the Heated Steering wheel on 2016 958.2 Porsche GTS, because I missed my heated wheel. I bought a new heated wheel and the heated wheel button so I can disassemble my current wheel and reassemble everything onto the new wheel. I am just having an issue with what exact part is needed. do I need a completely different part that isn’t the clockspring? And do I need to buy a new part or is a used one acceptable?

And then on to coding it, what exactly needs to be coded? I have a Launch X431 Pros mini that does most coding and hopefully will do whatever is needed.

I will record all what I did:

I have a Launch X431 pros mini and confirmed last night it will do the steering angle calibration and I was able to get into the steering wheel control module to where it said heated wheel not installed. It let me change to installed, but would not write the code because it’s not yet installed hopefully.

I did also see a thread on a Macan where the person used a used clockspring and the steering wheel control module from another car with the heated wheel already coded and it worked for him, but still had to do the SAS calibration.

I now have the clockspring with the heated wheel 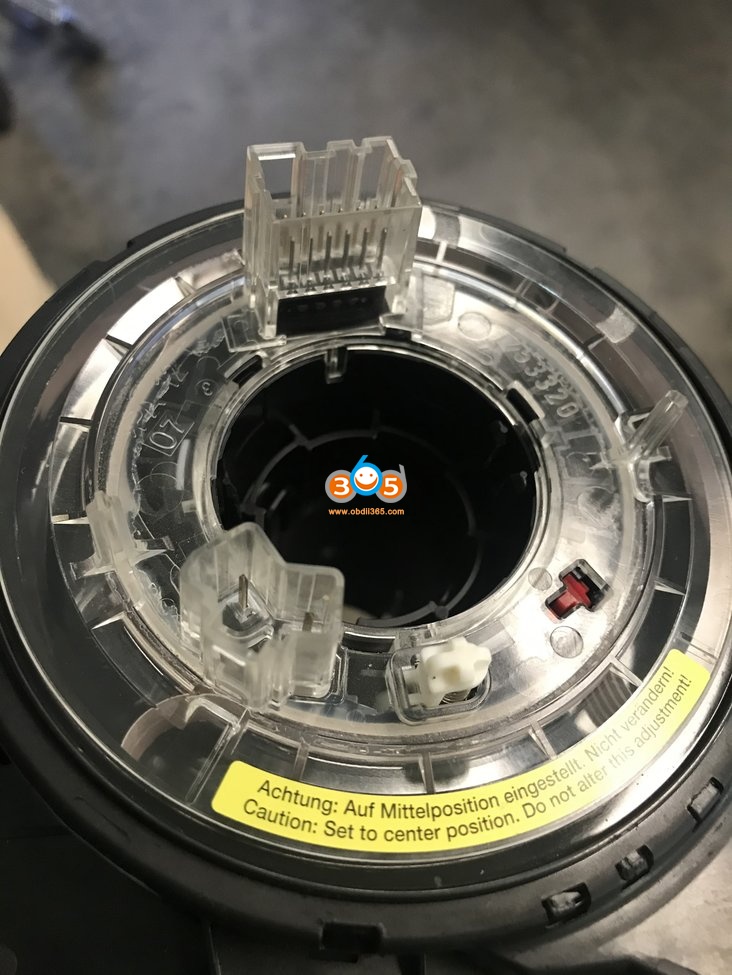 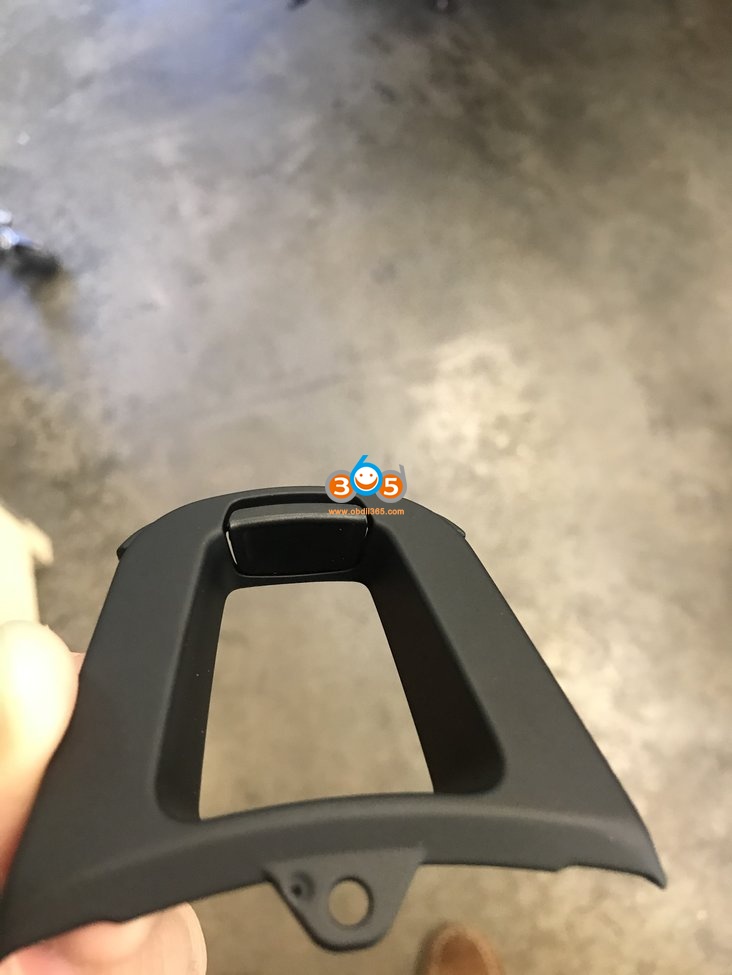 The wheel should be here any time now.
Last night I disconnected the battery and removed the airbag and steering wheel. The column trim came off pretty easily, once the steering wheel is off, there are two square holes behind where the steering wheel is on the lower column cover, using a small screwdriver slightly push in through those holes to release tabs and the upper cover hinges at the rear and comes off. The lower cover had two screws and some tabs inside the column cover that have to be pressed and it slides down and off. Disconnect the one plug on the power column switch. There is a foam piece screwed up to the bottom of the column with two t-20 screws, remove those and the piece comes off. Now you can get to replace the clockspring. One black connector and one yellow airbag connector on the lower backside of the switch assembly. I bought a used clockspring and switch setup, identical to mine but also included voice control and the pins for the heated wheel harness.
The new and old setup had the exact same pins on the connector.
After the two connectors are released there is one Allen bolt, I think it was a 6? I forget. And the switch assembly slides toward you. Only goes on one way, it does not turn or anything, it will always be straight. Slide the new on on until it abruptly stops, tighten Allen, plug in 2 connectors, reassemble column trim. The foam piece goes on with the two screws, make sure the harness for the column adjust is still there. Clip the lower colum trim on on the sides, and then screw in the two screws. The upper trim piece was a PITA to get back on. It doesn’t hinge down like it hinges up off. To put it back on it slides straight down into place, but as it slides down you have to make sure it aligns with the bottom of the column trim behind the stalks. Took 10 minutes fiddling to get it right.
I then disassembled steering wheel down to the metal frame and am waiting on the new wheel which should be arriving shortly. 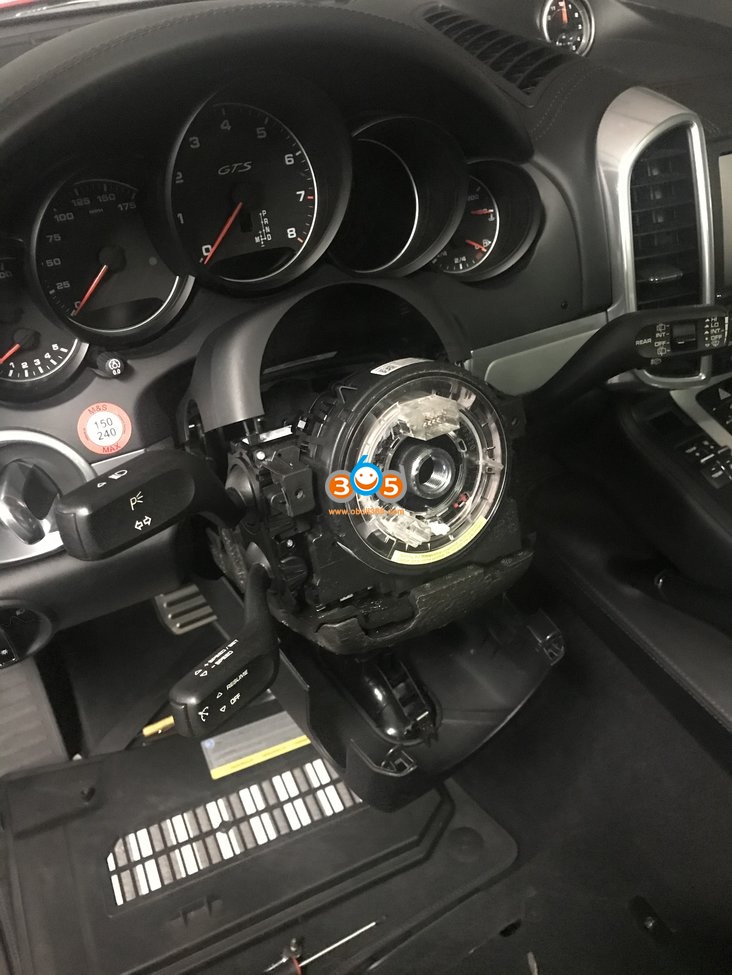 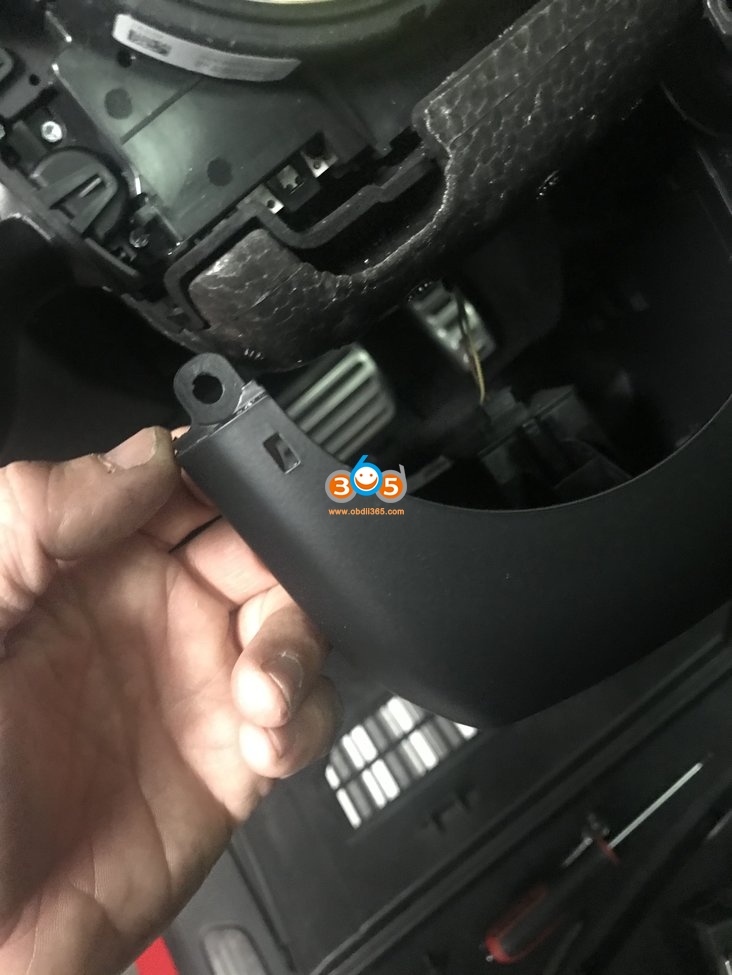 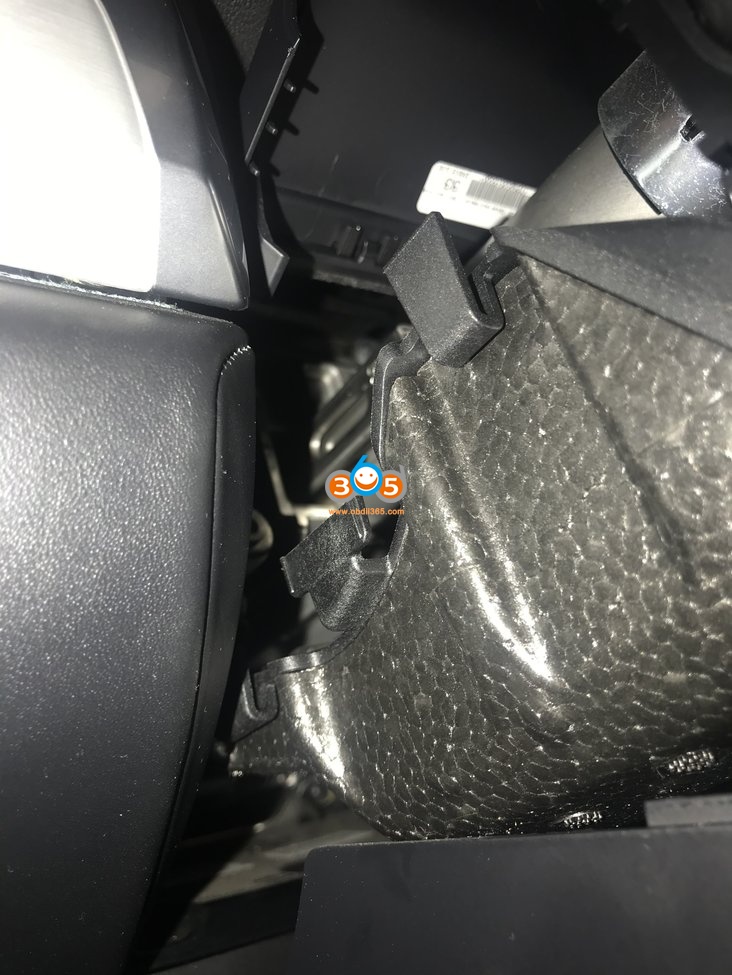 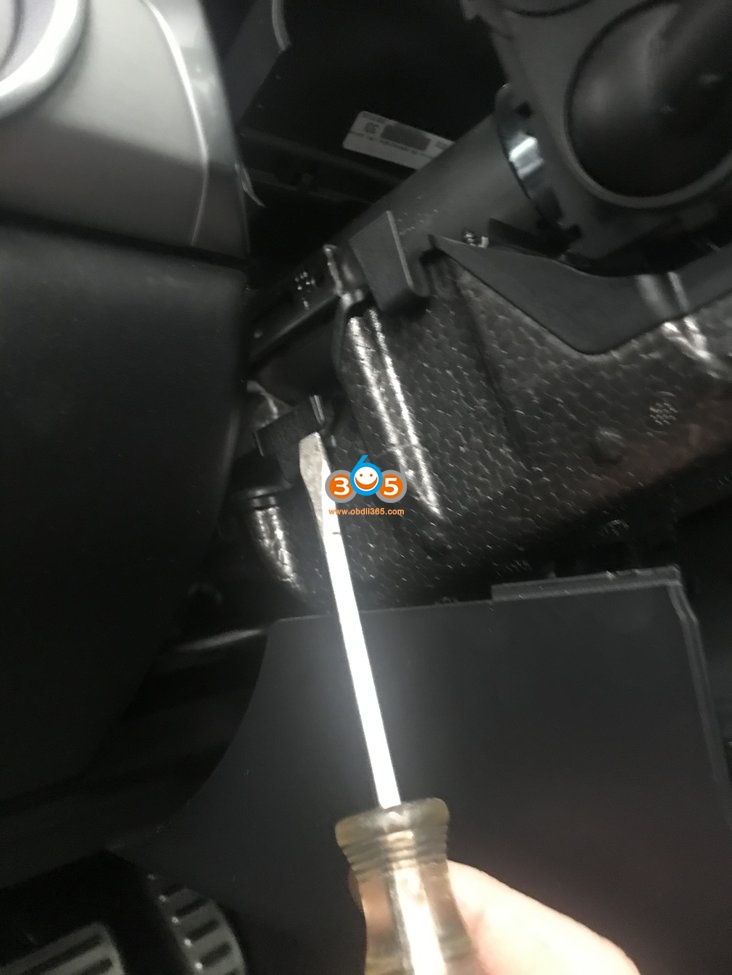 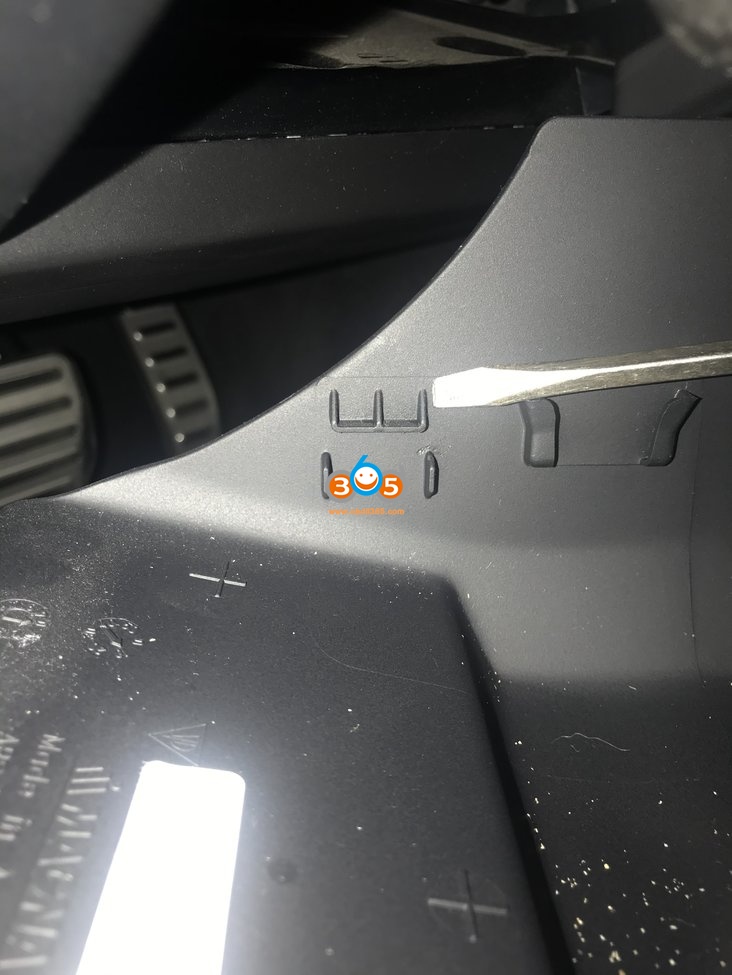 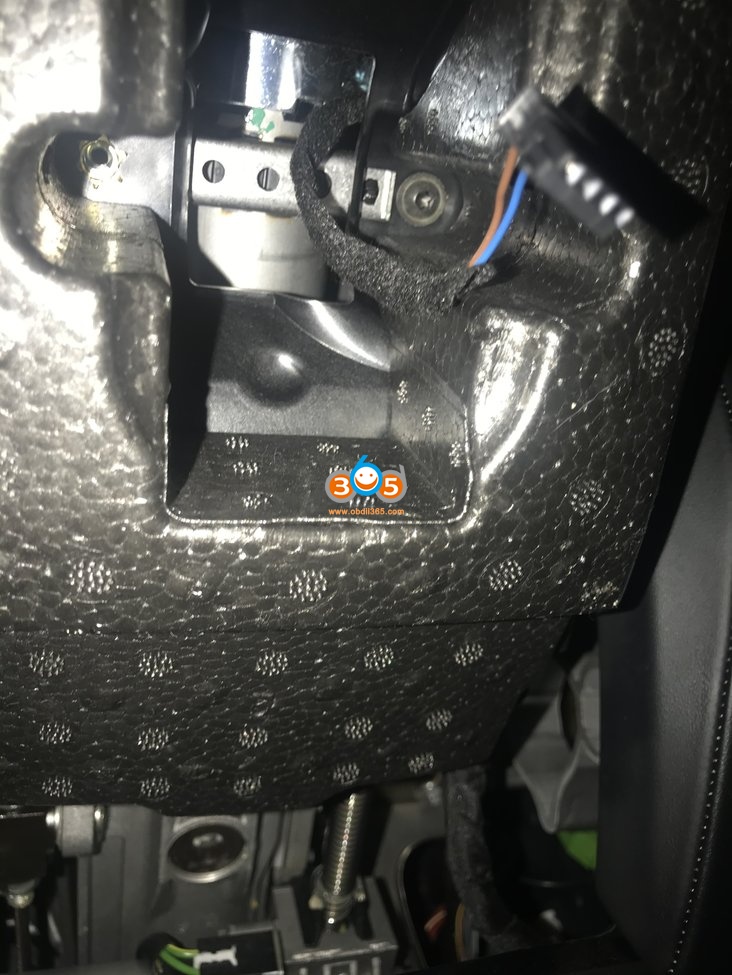 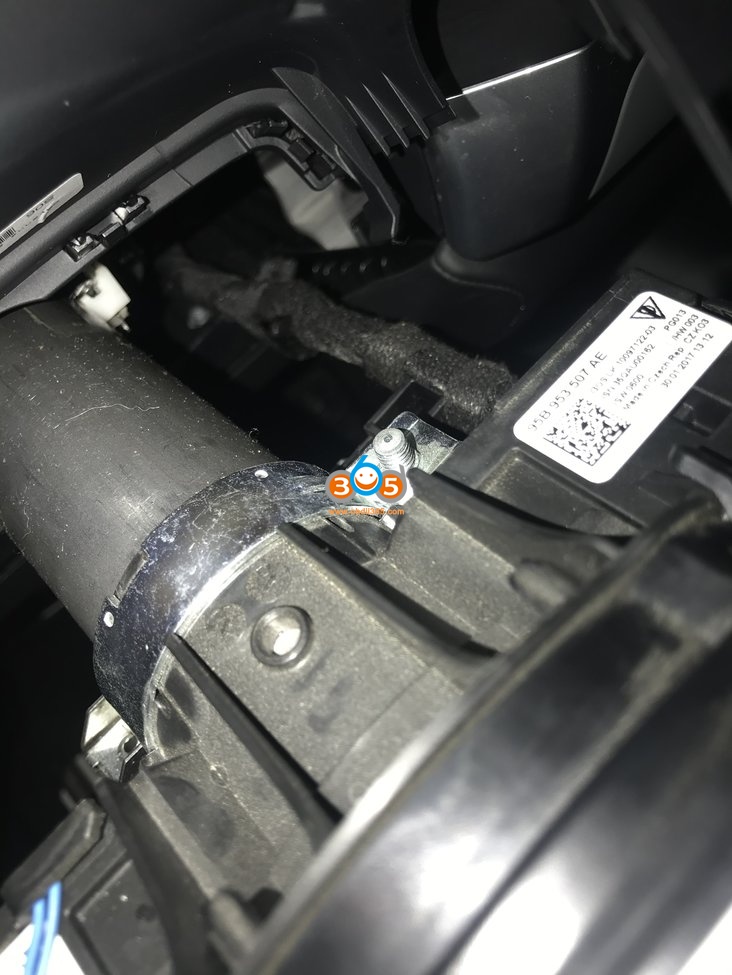 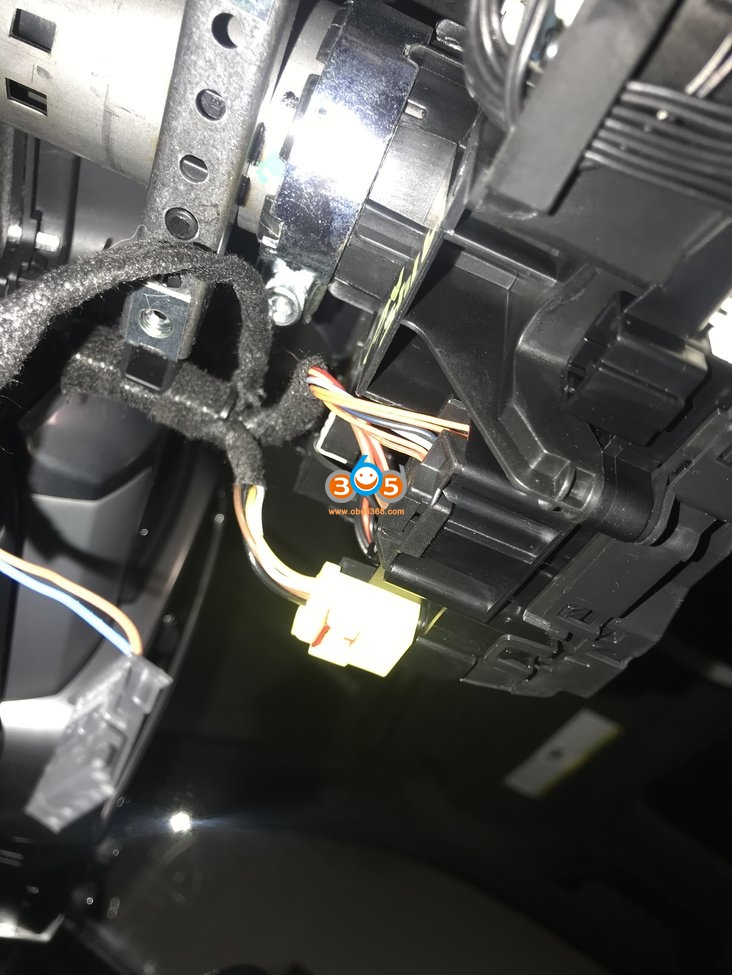 Okay, have everything swapped to the new wheel, new wheel is installed, battery back on, cleared faults and performed steering angle sensor adaptation (using x431 pros mini), all is good and back to normal.
The clockspring and switch setup I bought is from a 2017 Cayenne. I have a 2016. 2017 has the PCM4.0 and a newer instrument cluster display with more pixels and different menus. So my diamond button worked, but neither telephone buttons or the back button worked at all, and now my right scroll wheel controlled volume and left scroll wheel controlled up and down cluster screens, but neither would click.
I got that recoded, there are two different communication protocols, I swapped it and all buttons are working properly again.

The steering wheel control module plugs into the clockspring assembly, and then the main car harness plugs into the clockspring. So it applied changes that the donor car the switch setup came out of, changed the communication protocol and it also coded the control module to have the heated wheel active. But it doesn’t work.
The voice control button works, but on the radio screen it says function not active. This is making me wonder, I believe the steering wheel control module has to be both coded and an activated for it to work.
I am going to keep working on this and get back to everyone.

In summary of what has been done/needed so far…

-Heated steering wheel
-Heated wheel switch if you don’t get a complete wheel
-Clockspring with heated wheel power and ground pins (I used a complete clockspring and stalk assembly from a used car)
-PIWIS or Launch Computer to clear codes and recalibrate steering angle sensor, make sure steering wheel and instrument cluster are coded for the wheel and most importantly to input the activation code for heated wheel. (Activation code can only be obtained off the grey market porsche-code.com )

Everything I have touched is working like normal, no changes to any buttons or stalks, car is totally normal at this point but the wheel doesn’t work yet.

It looks like a new uncoded steering wheel control module is needed in my case. My factory module will accept the coding but won’t allow the wheel to work, and does not recognize when the heated wheel button is pressed. Another member ran into the same issue, everything coded and activated but a no go, replaced the module with a new one, didn’t even have to code anything and it instantly worked. So I am hopefully that will work in my case as well.

My great appreciation to @ volcanogts who record all what he tested.

Okay, as you read above, you know @volcanogts has not completely solved his problem. If you know the solution, you can go to the forum to help him; if you are also interested in Launch x431 pros mini, you can visit www.obdii365.com