My existing module is not the 99761328901 module required, but I can get into the module with foxwell and turn multifunction on. I’m curious if this will allow my horn to work.

I ended up replacing my module on my 997.1. I could not find any good tutorials, so I will try to provide a rundown. Basically, once you remove the steering wheel you will see the clock spring attached to the stalk for the levers. You will notice the clock spring has an arrow at the 1:00 pm position. Mark that with a marker all the way up to include on the top cover. Take a few photographs as that arrow needs to be roughly in the same position. It will rotate so use tape to tape the outer ring to the base of the clock spring as shown. The piece is fragile, so be gentle. Remove the three screws on the bottom of the plastic cover below the steering wheel. I believe they are a 10 Torx. They are recessed so you may have fiddle with the tool to get a grip. There are two in front and one in the rear. Once the screws are removed, separate the upper and lower plastic covers. You can spread them fairly wide and remove the assembly without removing the plastic covers.

The next thing you need to do is loosen the Allen bolt under the clock spring assembly. If you look under where the steering wheel was you will see an Allen bolt under the lower cover. Loosen/remove it and then carefully slide the assembly out – there are two electrical connectors on the back you will need to disconnect. You can remove the clock spring first and then the stalk cluster, but I was able to remove them as a unit. Put them on a bench and remove the clock spring. There are three plastic retainers that hold it to the cluster – carefully take screw driver to pry the plastic tabs up a bit to separate.

The next step is to replace the horse shoe shaped module in the back. I thought the module pressed in, but it is actually screwed in. I should have grabbed a photo of the screws, but essentially, you will us a small torx to remove the screws that attach the cluster to the module. The screws you need to remove are dark rather than gold. I removed all of them as I was not sure which ones were needed to remove. It turns out that several screws are long and go through the stalk to the module. You will notice the module has bosses for screws to thread in. It is pretty straight forward once you know the module is screwed in and not pried out. 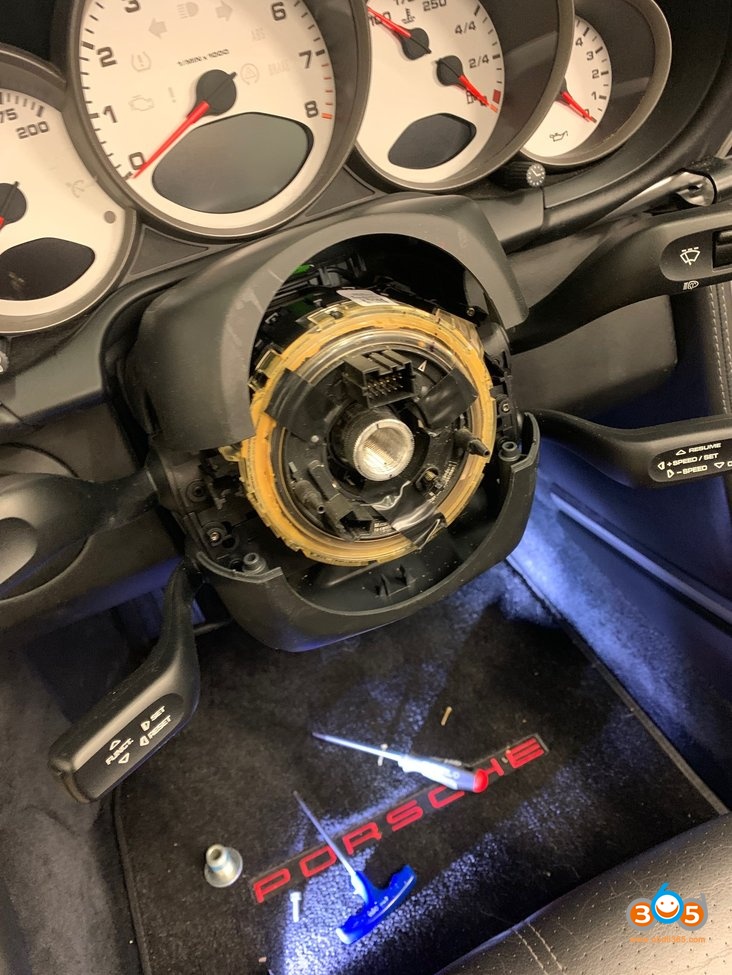 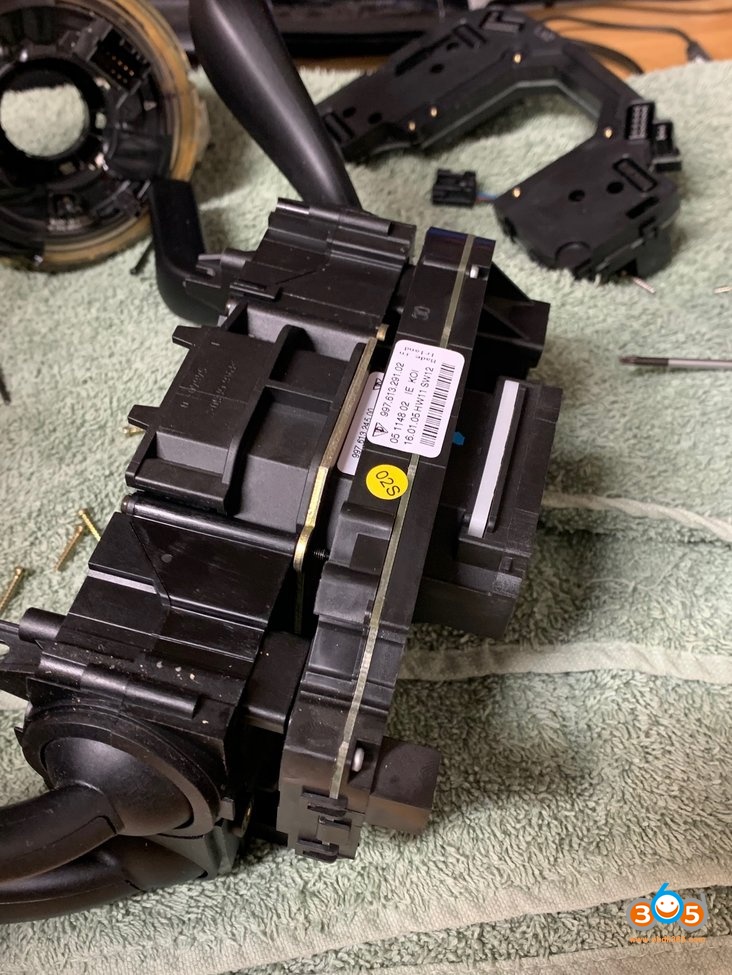 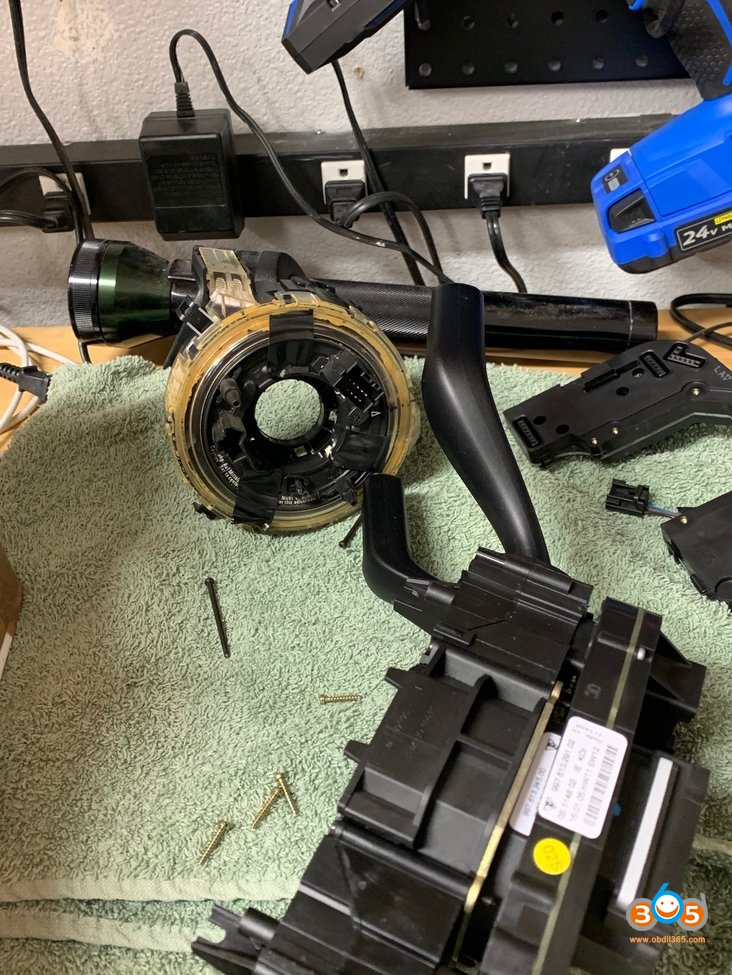 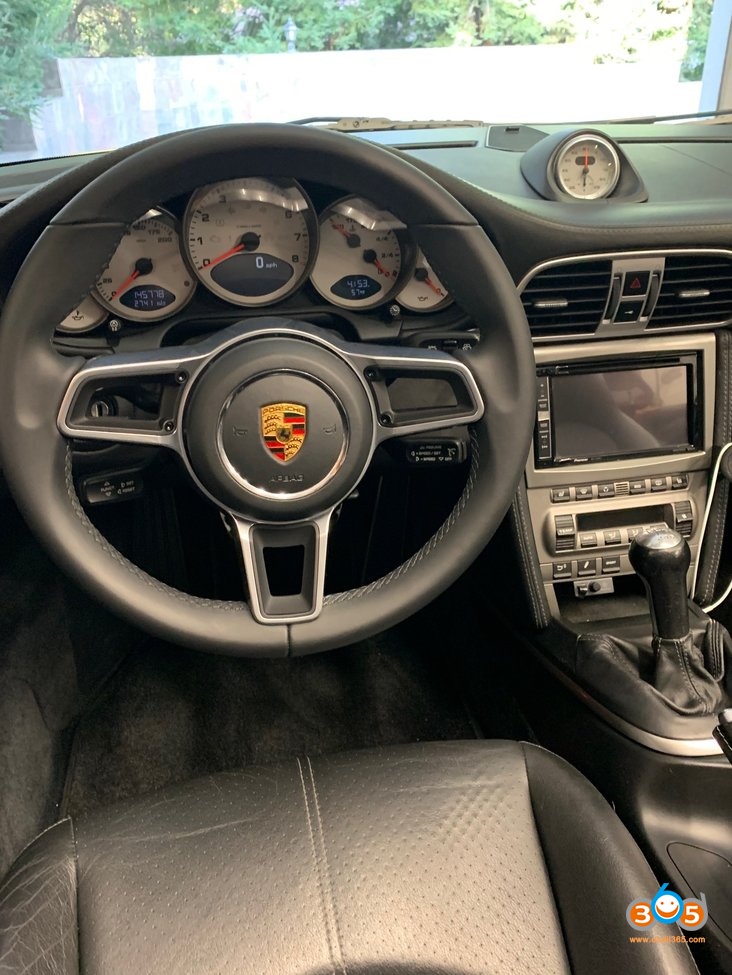