For no particular reason to qualify my sanity, I purchased a M.U.T. III (aka MUT3, Multi Use Tester v3 ) for my EVO X toolkit collection. After browsing on the web, I selected a unit off obdii365.com (seems all of them are from China) that appeared to meet my needs, included a later version of software (ALL of them come with software), a CF programming card and specifically stated it was a programming version. It arrived 4 calendar days later. Included a hard case, a V.C.I (Vehicle Communication Interface) box and several OBD2 adapter cables. The VCI connects to the OBD2 port on the CAN bus via an included cable, then to a USB port on the computer with a standard A/B USB cable. Then the computer speaks to the car via the VCI connection.

After browsing the MUT3 manual (available here: http://efichip.com/files/MUT-3/MUT-3_manual.pdf) I learned that the blue cable is appropriate for all CAN-bus Mitsubishi cars. The red dual-head unit is for FUSO trucks.

The PC needs to run the MUT3 diagnostic software which came on one DVD with two subdirectories on it. One part of the two software components, PRG12031, contains the MUT3 diagnostic software that must be installed first. This can be installed from the DVD or by copying files/directories to the HD and installing from there. Execute the Mut3Check.exe file. It is recommended to install onto Windows 2K or XP running IE6 or IE8. The documentation states problems running under IE7; the MUT3 application runs inside Internet Explorer. I have read about successful installations with Vista and Win7 on the Internet; however I did not attempt this. 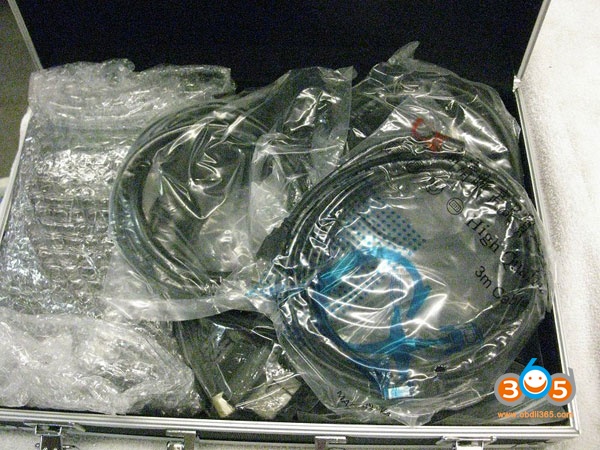 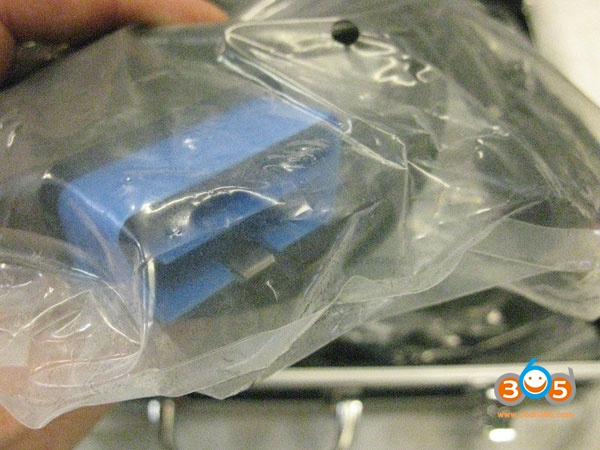 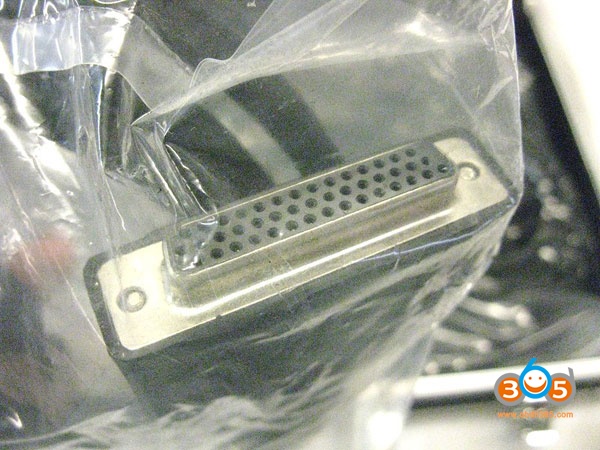 Initially there were LOTS of errors installing the diagnostic software. It presented lots of totally unrelated errors and complained about a password being too short (“Error: The password is shorted than required”). The XP SP3 notebook I selected to install to had been a part of my AD domain and had minimum password length and complexity rules already in place. The SW package installs a lite version of MS SQL 2005 and stores all its data in assorted MDB database files (Access). Apparently the installation uses simple, short passwords (more on this later). First hurdle fixed by changing Local Security Policy.

Next I experienced loads of other installation errors: “FDICopy() failed”; “It was not updated normally”; “Failed to setup database”; etc. After uninstalling, cleaning the registry of scraps and re-installing several times I finally got the diagnostic package to finish without error. After the forced restart, I selected to install the other package, the database updates (programming data). It ALWAYS failed when installed from the DVD and/or after copying it to the HD.

At this point I decided to Ghost my current notebook image (contains ECUFlash, EVOScan, and some other stuff I wanted to save), then re-installed from the original media to factory new condition. Yep, I save everything.

Then I uninstalled all the trash software that comes in a new notebook from the SONY. I installed XP SP3. With a clean install, I made another Ghost image as a starting point. Installed the diagnostic software without error. Another image saved. 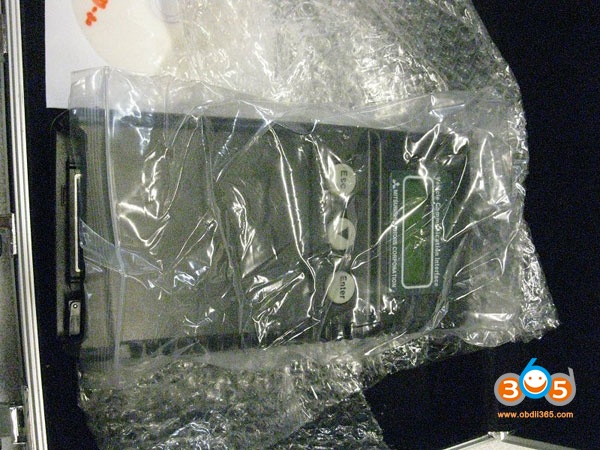 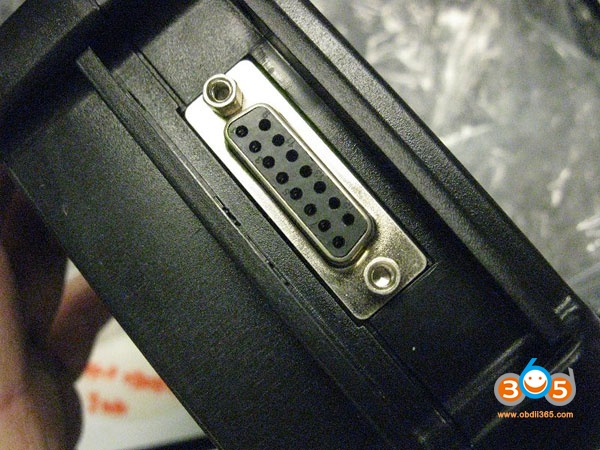 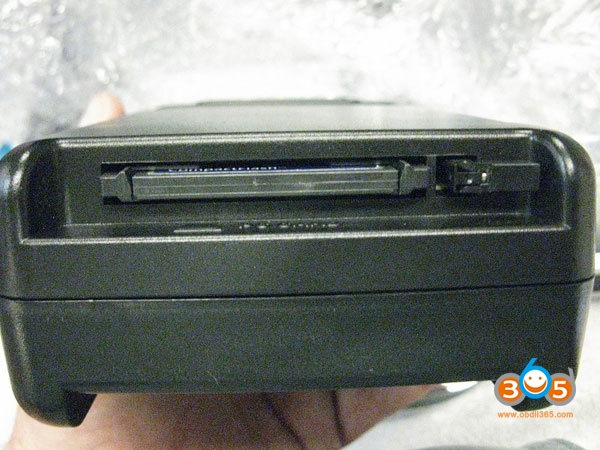 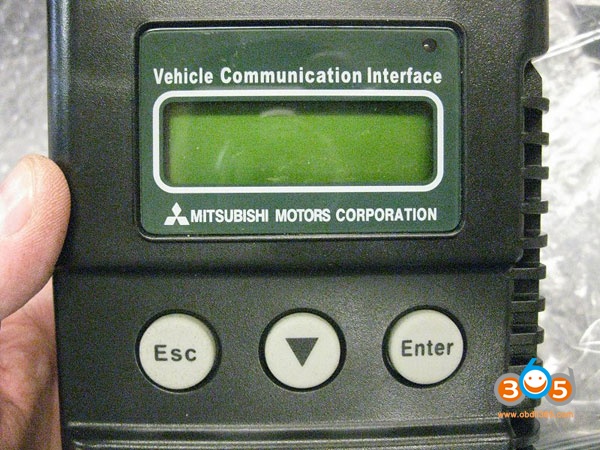 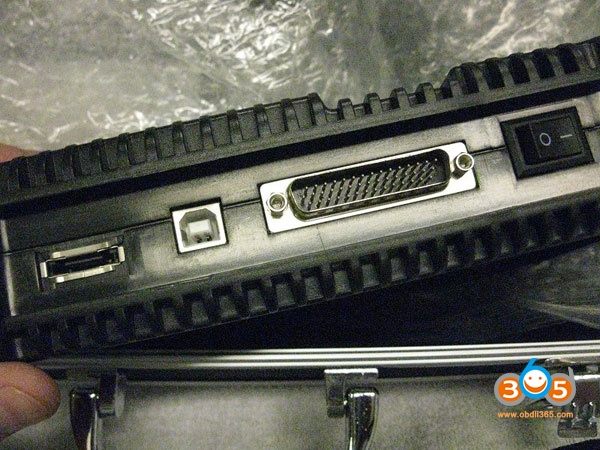 Attempted to install the programming date update, I always received “Database update error occurred. Update is cancelled.”. Grrr. I looked in the subdirectory that had the programming updates in it, reading all the ini & text files, the assorted CSV files, learning what it was attempting to do to install the updates. I discovered a simple programming error: It will not install if not run from a root directory! I copied that subdirectory to a new CD with only those files on it and the EXE file in the root. Success! The data files updated. Now to play with the application and see what it has to offer.

Connected the VCI to my 08 MR and then to the notebook. The car was recognized, assorted settings are available to be programmed or changed (TPMS, door lock settings, wiper speed settings, etc. And all the expected CAN bus stuff, SAS stuff, and code checking/clearing. So far, so good.

I read though assorted screens in the MUT III program and took copious notes on the part and software numbers assigned to things I knew like the ECU and TCU. Most of the software numbers are Mitsubishi part numbers and not related to what we know as the ROM ID. The only number I could recognize is the MFI (engine) software version of 526921, representing a ROMID of 52690021. For example: 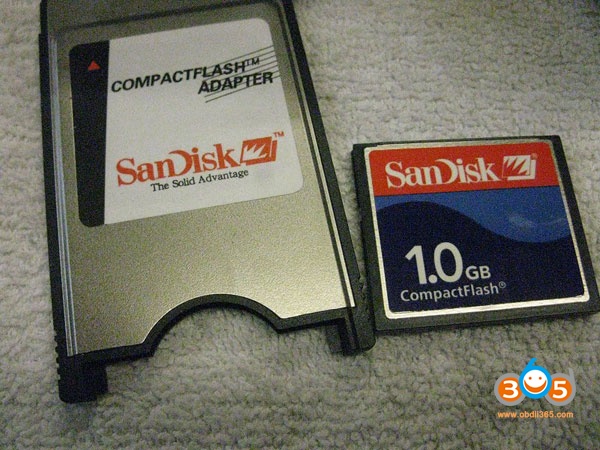 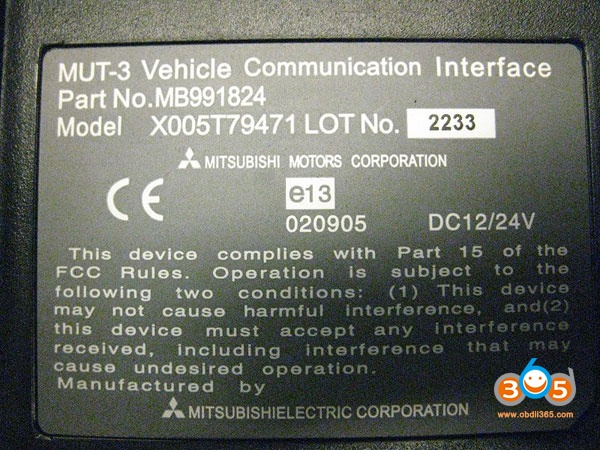 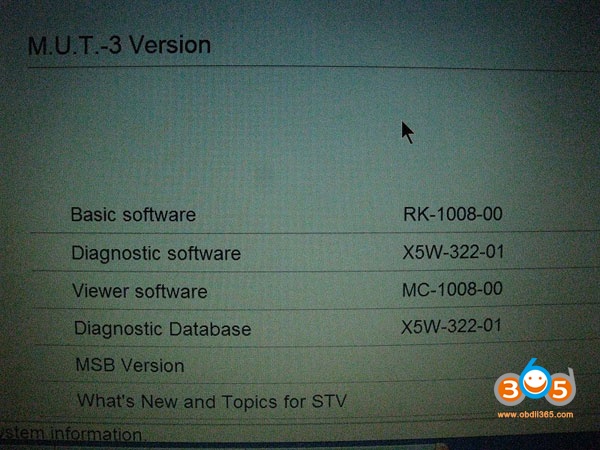 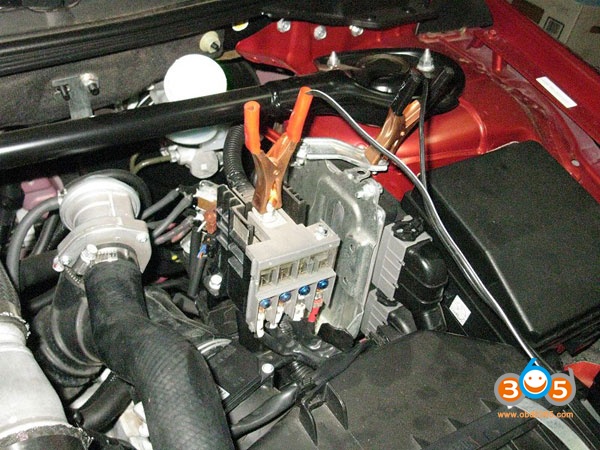 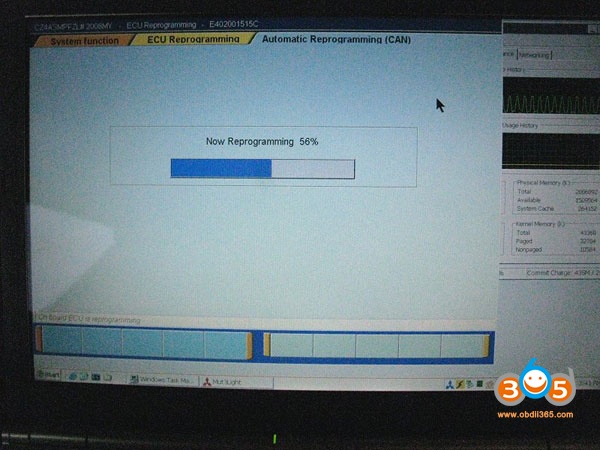 In any case even I managed to get the software and data updates installed, but it would not ID any program files as being applicable for my car. Grrr…

Next I started searching for an OLDER version of MUT3 software. A member here offered 11121 so I uninstalled my current 12031 (actually reset back to an earlier Ghost image). That version does see the car but does not show any applicable updates. I decided to install the later TCU software since I knew the file number to use, 8631B001.cff.

The TCU file installed correctly. And it even worked! BTW – I disconnected both radiator fans and connected a charger to the terminal next to the master cylinder under the hood (much easier than accessing the battery in the boot) and the cigar lighter charger to the notebook. Programming took about 6 minutes and did not set any codes afterwards. When looking into the TC-SST programming section, “Teach-In Mode” now shows up as an available button where it was not displayed previously..

Car started, ran and drove. Shifting was harsher under part-throttle modes than before. Success!

Looking over the directory containing other .cff files (ROM data files), it’s REALLY difficult to figure out which ones are for EVO X models. I did find two for UK EVO X, but none for USDM (MMNA). Maybe someone else has a listing to convert between “1860A98006” and 52690021??

I’m starting this thread to discuss information and assorted successes/failures with MUT3 devices and their software.

I started reading the assorted MDB files the MUT3 application uses to store data. They all use simple passwords to lock the files – easily cracked with appropriate tools. There is LOTS of useful data in a file named VIN_Search.mdb, 177MB in size. Password for that file is DGPLQ_UNN.

That’s it for now. 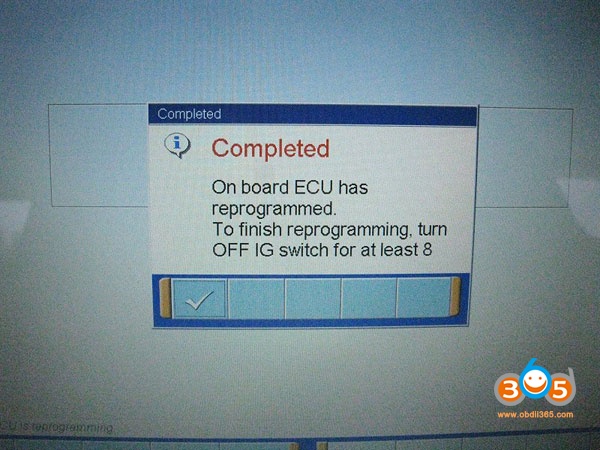 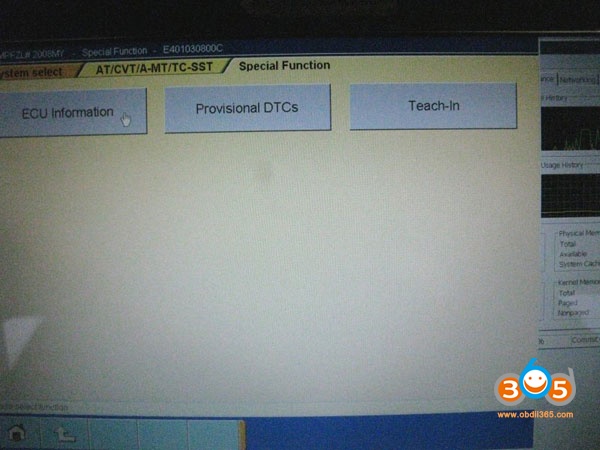 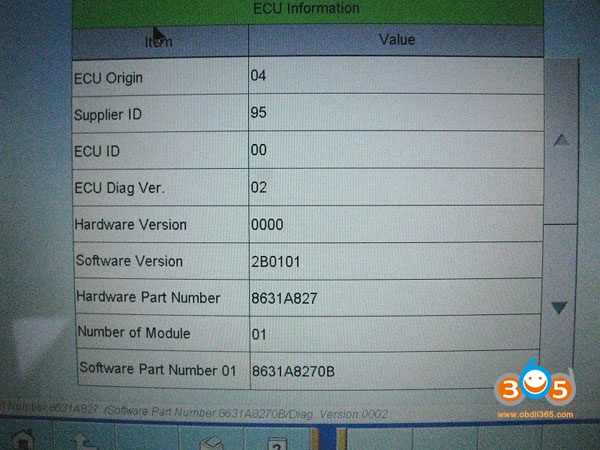 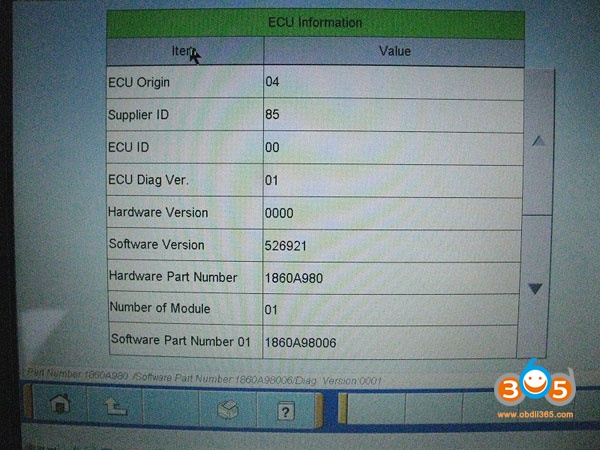 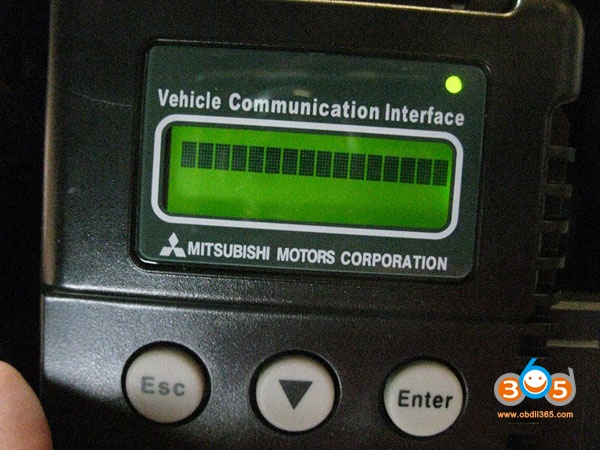