Autel comparison: Autel MaxiSys Ultra vs MaxiIM IM608.
IM608 VS Maxisys Ultra on Hardware
Size comparison between the Ultra and the IM608. 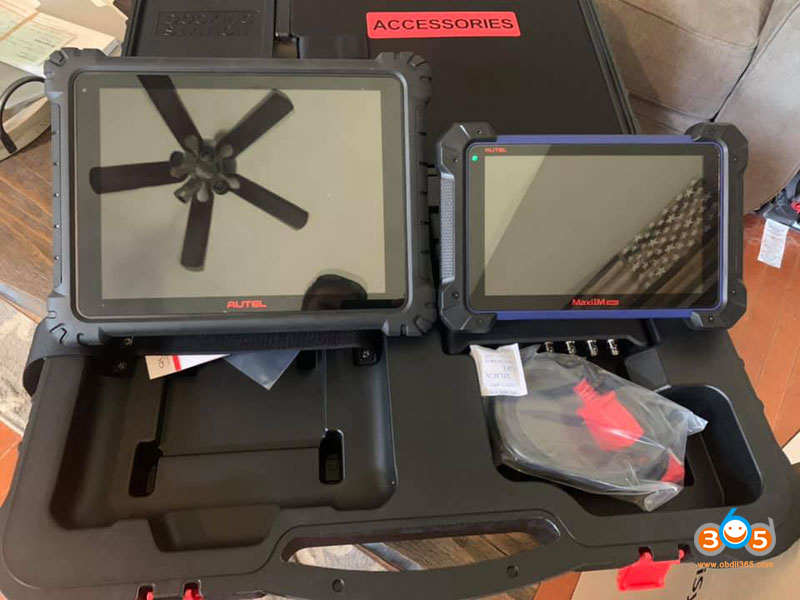 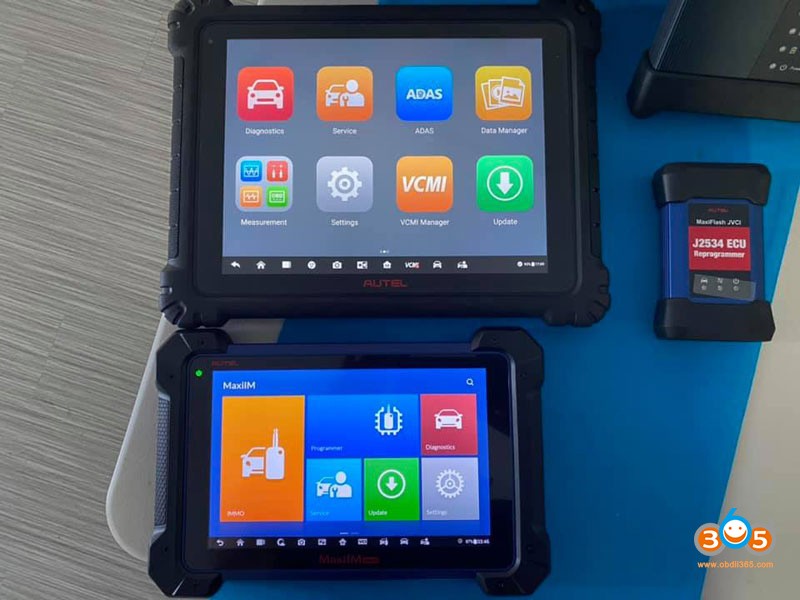 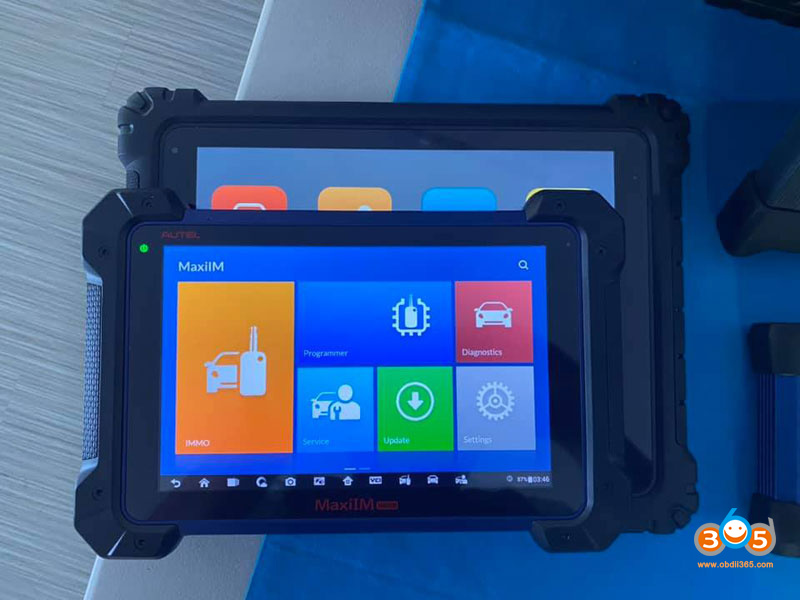 JVCI vs VCMI is a big difference too! 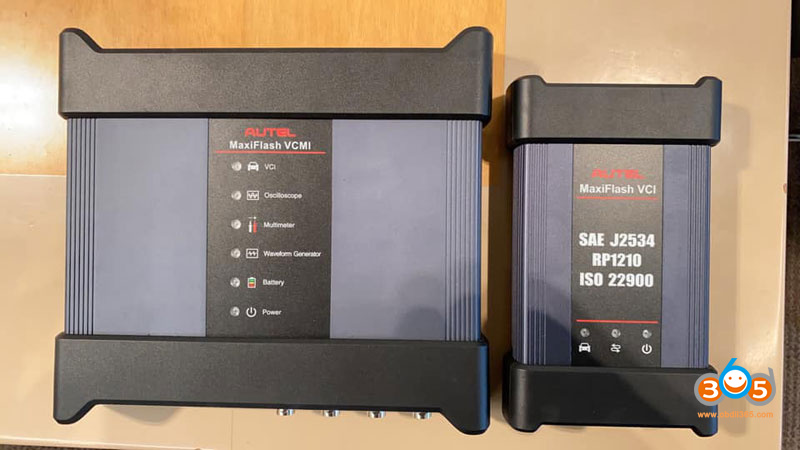 From compare chart of IM608 vs Maxisys Ultra on Hardware:

With a fast operating system in the Android 7.0 and 2.3 GHz processor, this is a very fast and accurate scan tool. It is faster than the IM608 Key Programmer which has Android 4.4.2 and 1.7 GHz processor.

IM608 VS Maxisys Ultra on Sofware

From the comparison chart between Maxisys Ultra and MaxiIM IM608:

IM608 key program is better than Ultra. If you’re main to key programming, and hope has an advanced key programmer, then IM608 is best.

Maxisys Ultra could program the ECU of Benz and BMW, and have ECU coding function is a powerful ECU programmer and most advanced diagnostic scanner. And IM608 only could ECU code, could not program ECU of cars.

Ultra has the scope built into it. IM608 has add-on scope, but it is very good.
Ultra also has an internal power supply. It has a rechargeable battery. When you unplug the VCMI, it stays ON so you can run a scope to it.
The scope is very quick and shows up on the monitor almost instantly. Pretty darn good for being wireless.
Ultra has a Topology map, scan vin, repair assist, Split-screen display, im608 does not.

Ultra/Ultra lite supports Mclarn and Tesla diagnosis. IM608 does not.  Also the ultra has the ability to alter Bmw service history on the I drive.

The Benz and BMW Cloud based programming is not part of the IM608 functions. Only tools with it are: Elite, Ultra, MS909, MS919, MS908P, MS908SP, MK908P. They are different in many ways primarily im608 does not do scn coding. No ECU Programming with IM608 you’ll need Elite, MS909, MS919 or Ultra for that. Ultra can do Mertcedes SCN coding and BMW programming not just encoding.

The jcvi on ultra has an Ethernet plug on it and does much more programming because of it autel charges $999 for the ultra jcvi I asked autel this exact question they wouldn’t say yes but wouldn’t say no either they said maybe meaning yes it can do it but we prefer you buy both im608 and ultra.
They restrict 608 only with hardware needed to do the job alone the software is the same but you need the right type of jcvi for some programming
which jcvi works with 608 and is better than the one that comes with 608 ?
The ultra jcvi it’s silver and has an Ethernet port on the back.
The one the comes with 608 is blue and mucho weaker and cannot do the heavy programming portion of the one with Ethernet the one that is silver is $999 from autel
autel software is the same across all platforms it just requires different pieces to do different shit I never got the ultra jcvi I thought about it but honestly there’s better jcvi for that than autel cardaq3 is a good one there’s a number of different ones.

As in Ultra vs IM608? If so then NO. Different tools for different requirements. MaxiIM is a key tool with standard diagnostics – Ultra is an advanced Scantool with MB/BMW ECU Programming including a 4 channel scope.

In a nutshell, the IM608/IM608 Pro is an ms909 chassis built more specifically for doing keys and retains most all the diagnostic functions of the 909.
This is for the purpose of making sure a vehicle is squared away before doing key coding/programming while something else may not work properly.
From what I recall, the Ultra can do some key learning but not quite as much as the im608 but will have much more diag and ECU features compared to the 608.

im608 does 90% of keys in our experience. Its a learning curve, not going to be easy diy but after some research its a good tool. The j2534 lacks mega-can to work on newer Mopars. Diagnostics it can pull codes just like any other tool.. adaptions/calibrations – module programming 25% actually works. Air suspension on mb fails in auto mode.
Ultra- apparently does IMMO too “but not all keys lost”. diagnostics the same as 608. Addon we can see is battery analysis, inspection camera. Comes with scope included. The j2534 supports mega-can so the new Mopars it works. Tested.