As we know all programming 4A keys for renault clio v and captur are not stable with all tools, im508, im608, obdstar, Lonsdor and sometimes UCH crashes and dealer UCH may cost about 1000 Euro. Is it safe to do all keys lost via OBD?  How to retrieve PIN if bricks UCH (BCM)?

As long as obdstar server is working everything is fine. Obdstar has done Renault flawlessly. Renault AES 4A smart key no worries including all keys lost. Just as a precaution, put a stabilized power supply or put the clamps on another car to start, during programming, in order to avoid breaking the Uch (BCM).
Don’t forget to use the green adapter, which will allow you to precode the new map.

It used to be the safest equipment for Renault, after recent updates people write that it may be the virginity of the hfm module.

The latest version 31.08 server stops working. Obdstar with the new updates, Renault vehicles from 2015 onwards will not working properly. Because when obdstar retrieves the Pin code on the server, it virginizes the HFM, and if the server does not work, you can no longer reprogram a new map, map you find yourself with a blank HFM, and impossible to reprogram a car.

OBDSTAR fixed their Renault server in March 2022. According to the various programming successes of many other people, it seems to be working normally again. 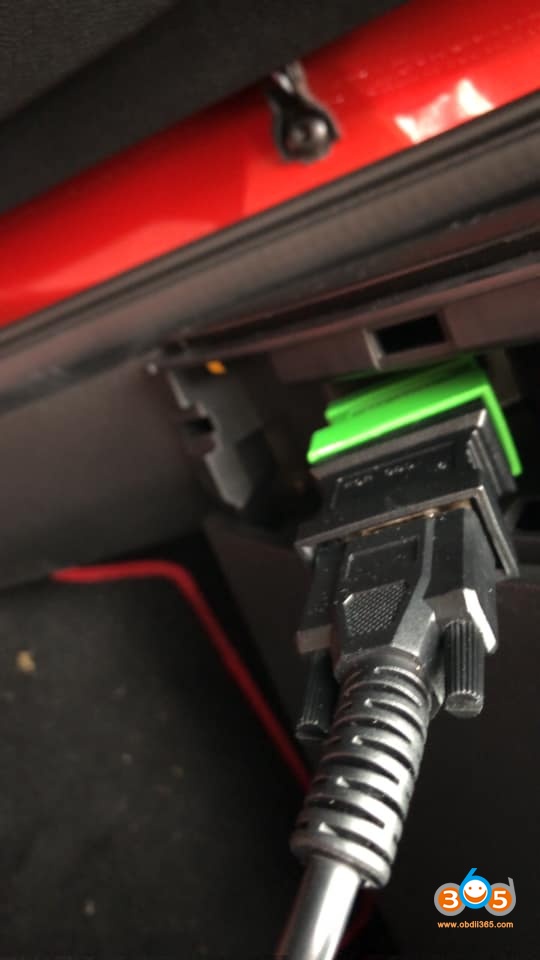 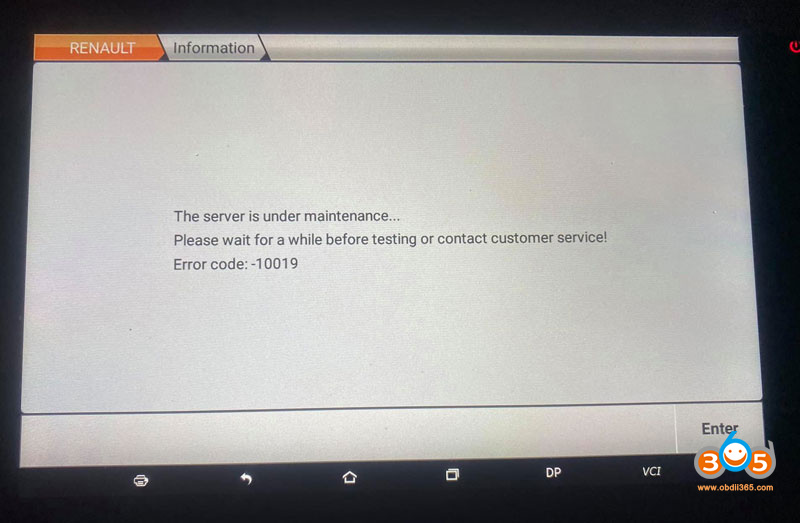 Use xtool is currently the most secure for Renault and also autel works well, make a backup of the HFM flash

In Clio IV, Capture and in dacia with BCM johnson is where there is data loss due to variations in voltage, it is best to back up the flash memory at the beginning of the process, the most stable equipment are autel and xtool for Renault.

Xtool x100 pad3 is the best programmer for Renault, id4A. Reed pin 1 minutes safe job, and add key, or all keys lost.   With Renault trafic from 2017, it works well with Xtool pad 3 as well.

Normally using a voltage stabilizer there should be no problem, just first make the memory backup dflash xtool and autel have that option in case something happens you can restore it. Remember to have good internet connection because the calculation is online.

But Autels servers are down either. There is a big problem with recovering the Pin code, when putting the virgin Hfm.
Because then, it is impossible to reprogram the client card and the new card.

He should remove his connection system to the servers, because it’s too risky when it doesn’t work. Zedfull failed on obd also.

The car breaks down and is forced to pull hfm read dflash dump get pincode or go to Renault’s to get the PIN code.

In short process of adding new card is:
0) external battery support
1) test valid card in reader
2) tool virginize HFM
3) tool provide us PIN + ISK
4) end of process > learn HFM using VALID CARD ( NO THE BLANK CARD !!!!! NEVER EVER = ERROR 5 )
AFTER you need to learn NEW + VALID card
Before reading PIN have to check if valid card works properly. If not, fix coil and then start the whole process.

For repair, you need to retrieve the PIN and ISK code by logging into the HFM and read the HFM Flash.
Or, pick up the code directly from a Renault dealership who wants to give it away with a cash payment.

If HFM’s a virgin, but yet you can’t retrieve the data from the HFM flash through the OBD socket.
You have to do it on the table, to be able to retrieve the information by welding some wires directly to the HFM, and using Abrites/vvdi prog/orange5, to read and retrieve the data.

Virgo = no code nor isk
obdstar is back into programming, it deletes the original cards and does not program.
Reschedule the HFM first.
Check with Renault Ecuador Tool, and it was very virgin (HFM blank) and no card to register.
Then use vvdi prog to recover flash data on hfm.) 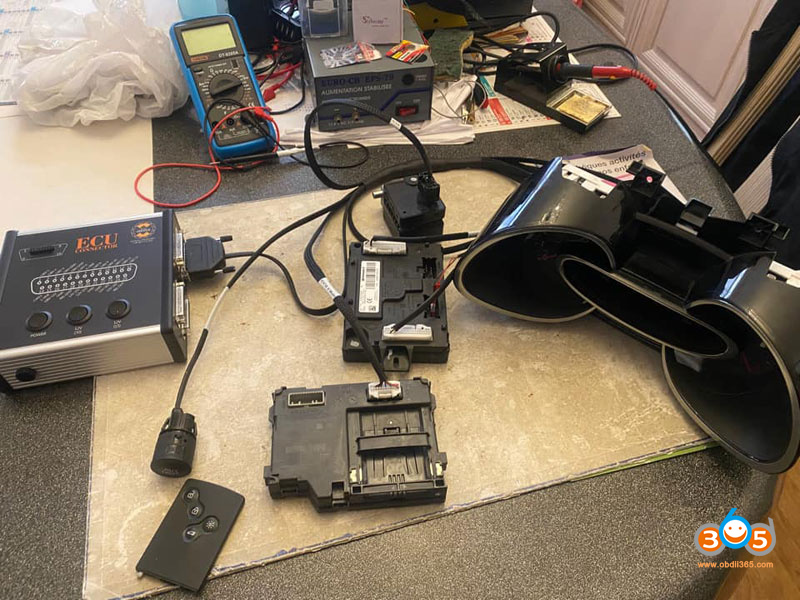 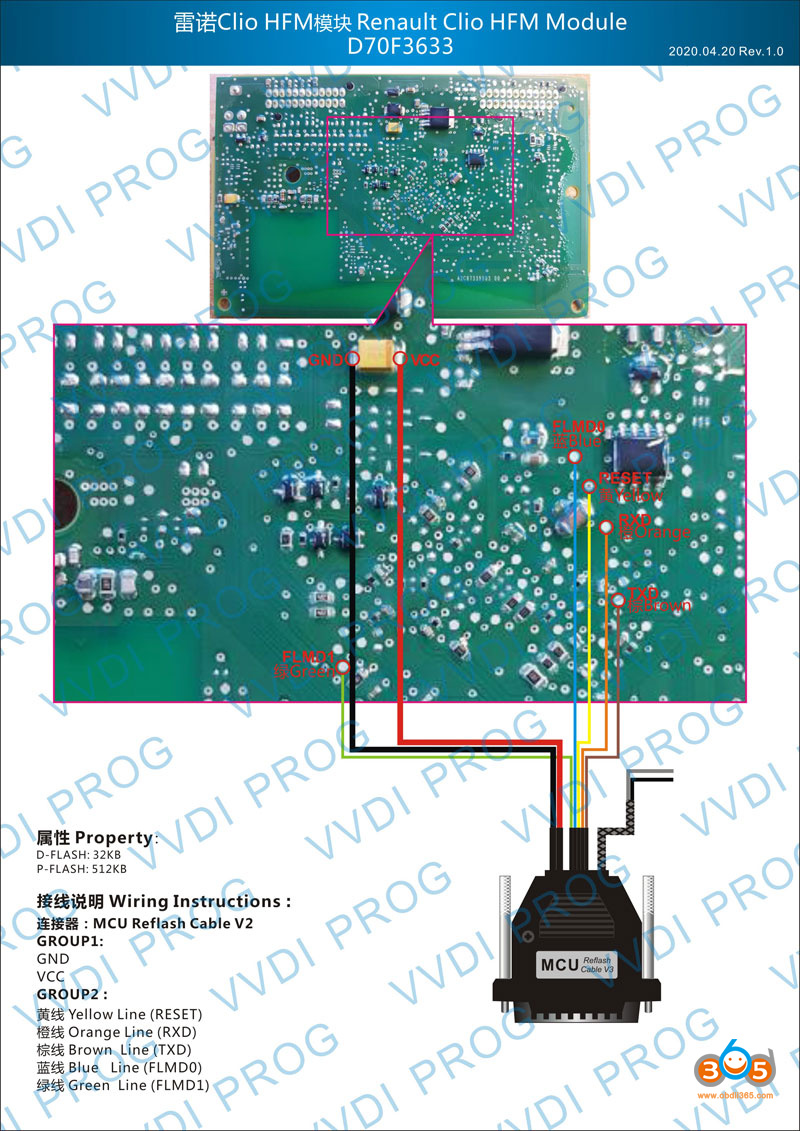 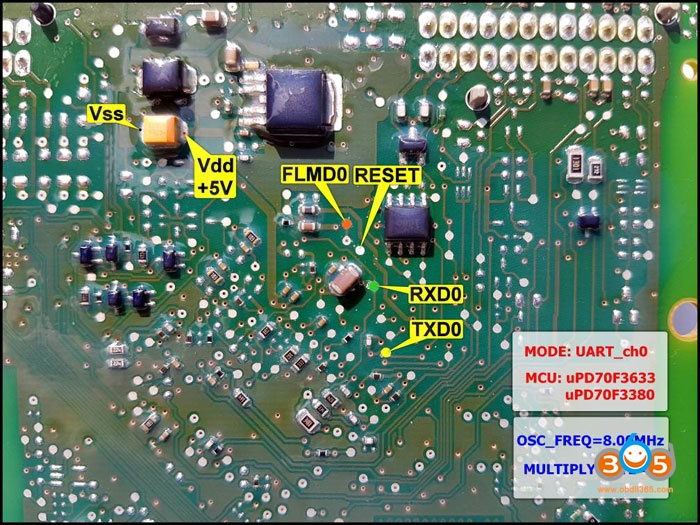 So avoid programming keys and cards that use the AES 4A transponder, otherwise, your vehicle will not start again and the client keys will not work either.

SMOK will do automatic reading, without internet connection (without server), to avoid major problems.  At least with Smok UHDS , you don’t need to connect to the internet, so you can do Clio 4 and Captur phase 2 (after 2015) and find yourself with Hfm virgin, because of their Obdstar or Autel servers that are constantly rubbing right now.