First of all, big thanks @Tyler for he is a big fan of the original GODIAG GT100 and GODIAG GT100+ Bench ECU Connector. This will greatly encourage us to make an OBD2 breakout box that better cater to customer needs.

GODIAG GT100 or GODIAG GT100+ is not one of those things that you need daily. But man you want one when you need one. Anyone that’s gone to war with a network/no com issue knows. Life is too short to go poking DLC pins under the dash.

GT100+ looks very similar to the original GT100, with one big addition – the ammeter. This is specifically aimed at anyone using the GT100+ for bench testing or programming. Let me explain.

Like the GT100, the GT100+ comes with a breakout harness for supplying power, ground and communication to a module: 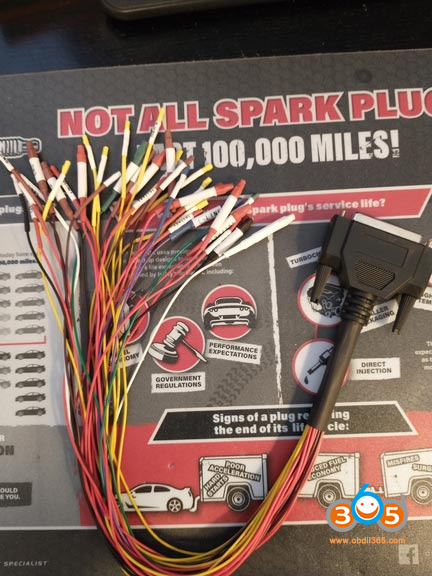 it’s actually pretty easy to get a module hooked up once you get familiar. Each pin is clearly labeled, and there’s usually enough powers/grounds to most anything you’re gonna connect to. Only really needy modules (think GM BCMs) require additional pins. The pins themselves come in two varieties, and work perfectly for connecting up to the common sizes of male pins you find on modules.

Take one example, I’ve got a Ford manual HVAC module on the operating table. One power, one ground, two MS-CAN lines. No problem for the GT100+: 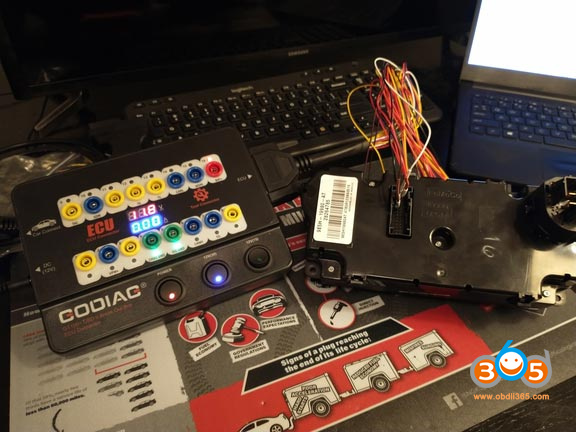 But am I connected correctly? All my pins are there, but it’s not drawing any current. 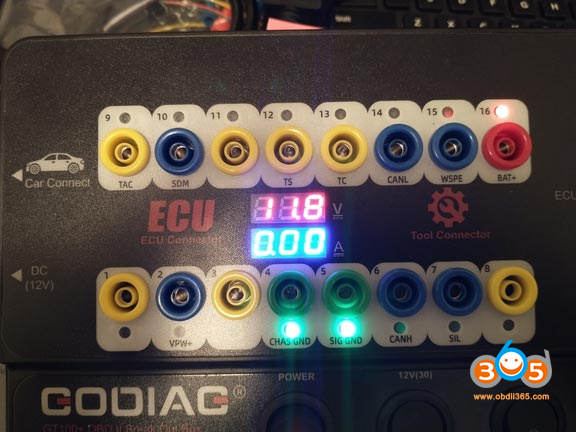 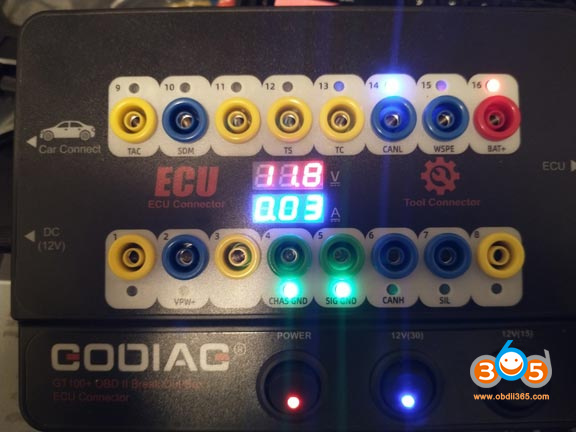 Now I know I got it right. The module is now drawing 30mA. That’s the value of the ammeter – confidence in your setup. If you’re not drawing current, recheck your connections. If you’re positive you’re connected correctly, then the module itself is suspect.

So how accurate is the voltmeter and ammeter? I checked the indicated voltage against my Owon B35T+: 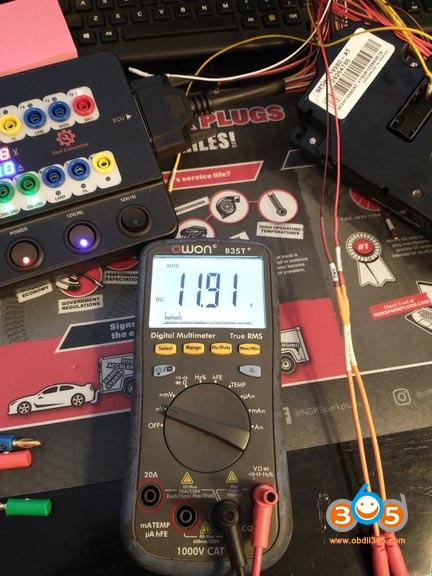 Surprisingly accurate. Then I checked current draw with a 7442NA bulb to put a bit of load on the internals: 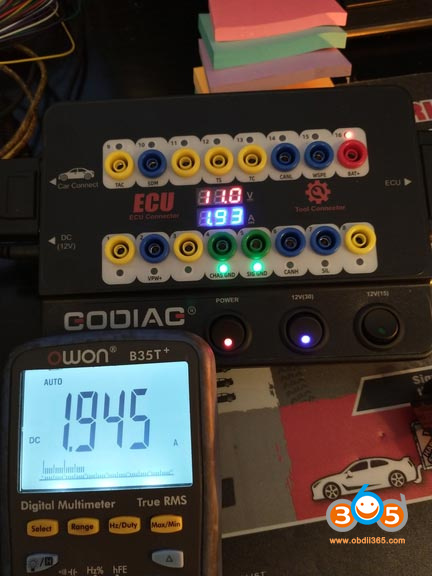 Close enough for me! That then begs the question, how much current can the GT100+ supply? It’s not stated in the user manual, but the engineers tell me 3.0A: ” It is a self-recovery protection, short-circuit automatic power-off protection. When the current comes back to normal, it automatically resumes normal operation.”

I’m no engineer, but that sure sounds like a PTC thermistor to me. But let’s put it to the test. I connected up an H9 headlight in place of the 7442. The in-rush current will exceed 3.0A. 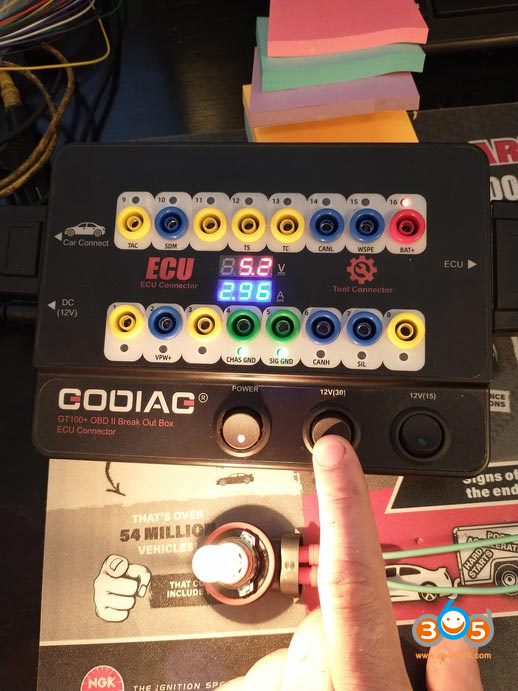 GT100+ breakout box firstly does its level best to light the bulb. The voltage reading backs up my PTC thermistor theory. I repeated this several times just to see if I could let the smoke out. Couldn’t kill it! 100% knuckledragging ape-proof.

That’d depend on how much bench testing and programming you do, or if you’d like to start. The ammeter isn’t connected to the OBD cables, only the ECU breakout, so it won’t function while using the GT100+ as a memory saver (which is a nice feature by itself).

If you’re considering a breakout box, the GT100+ should be high on your list of candidates. You can’t build one yourself for much cheaper – I’ve tried. And you’ll be hard pressed to find another BoB with the same features.

Where to purchase one original Godiag GT100 Pro?

Usually, we will purchase from Amazon or one reliable site, for example:

The prices are similar, which seller you choose, it depends on your personal preference. Usually, we not only care the price, but also the after-sales service.