Done: have read eeprom with Lonsdor

If you have a good eeprom writer like Tango, it’s better to write.

If you have zed bull mini and effi software, you can work with dump.

I mean, You have read the file with Lonsdor.
Connect Lonsdor with pc, copy file to pc, open with Tango

Btw, you have to insert the key into the key reader slot below. 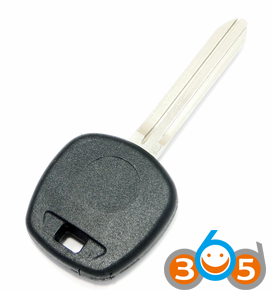 Since this 1999 Toyota Avalon key blank has uncut blade and it is not set up with your vehicle, so it will require cutting and registration (programming) for your 1999 Toyota Avalon by your local dealer in your area or local car locksmith. Proof or ownership for your vehicle will most likely be required (like title, registration, insurance card) to make sure you are the owner or authorized user. Like most late model vehicles, this 1999 Toyota Avalon key has a transponder chip, part of your automobile security system, in the head of the key. This transponder key has a circuit, chip hidden inside the head of the key. Most of us are not aware of the fact because the chip is not visible and molded inside of the black plastic head. Important: this key will require both cutting and programming to you 1999 Toyota Avalon for it to work. It can easily be programmed by a local car locksmith or dealer service department.

How to program a remote to 1999 Toyota Avalon:

Enter and sit in the driver’s seat, keeping the driver’s door open and unlocked. Insert the key in the ignition then remove without turning.

Lock and unlock the doors using the master switch on the driver’s door. Repeat this until you’ve completed five lock/unlock cycles. This step must be completed in 10 seconds.

Close, then open the driver’s door and repeat Step 2.

Insert the key into the ignition and turn to the “On” position. Do this two times without starting the car, then remove the key from the ignition. Within three seconds, the power door locks should cycle automatically, indicating successful entry into programming mode. Return to Step 1 if the locks do not cycle at this point.

Press the lock and unlock buttons on the remote simultaneously for 1 second.

Press the lock button by itself and hold for 2 seconds immediately after completing Step 5. The door locks should cycle once, indicating successful programming. If the door locks don’t cycle, or cycle twice, repeat Steps 5 and 6.