Answer: No need any virginize, just read ISN and write to CAS and sync CAS DME done.   This is what people do in most case.

If you have Autel MaxiIM IM508 and also GBOX. These questions are answered in Autel subscriptions. You have to have the gbox to put the msd80/msd81 on BENCH first, this is to read tricore pw. Then note tricore pw and download the flash in BOOT mood this time. After that you can change the DME ISN with active autel sub and using their tools. They have some of the ediabas in the IM508, but they have fully feature encoding with Autel MaxiIM IM608. If you are not flashing a supporting file or the DME you are replacing is the same as original existing. Then you will have to change sop8 eeprom. You can read EEPROM out and change VIN, working hours, possibly vmx/pwrclass (but if i remember right this is located in flash…) If both DME have the same power class, and vmax then you will have adapted the DME partially. The only thing you will be left with is encoding the new VIN. IF ONLY the last 8 of the VIN are different from between, then you are good. IF they are different then you will have to update flash VIN as well with any ediabas setup. IF power class if different you must 0 working hours and change power class with bmw “standard tools”. 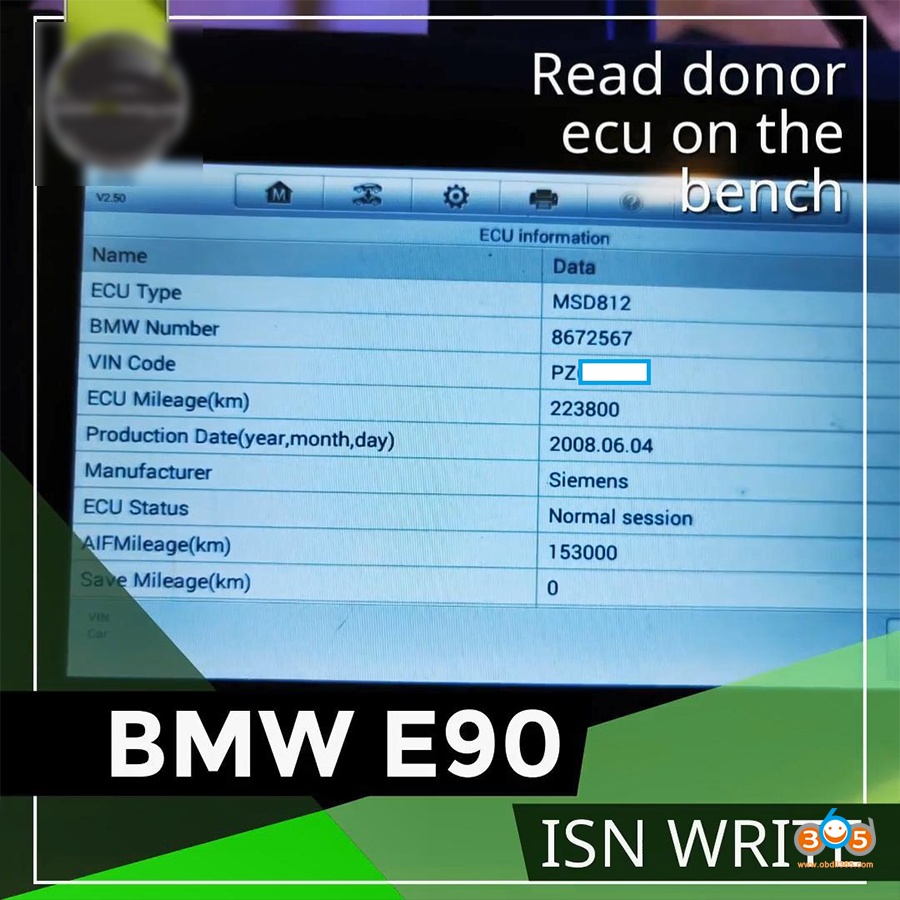 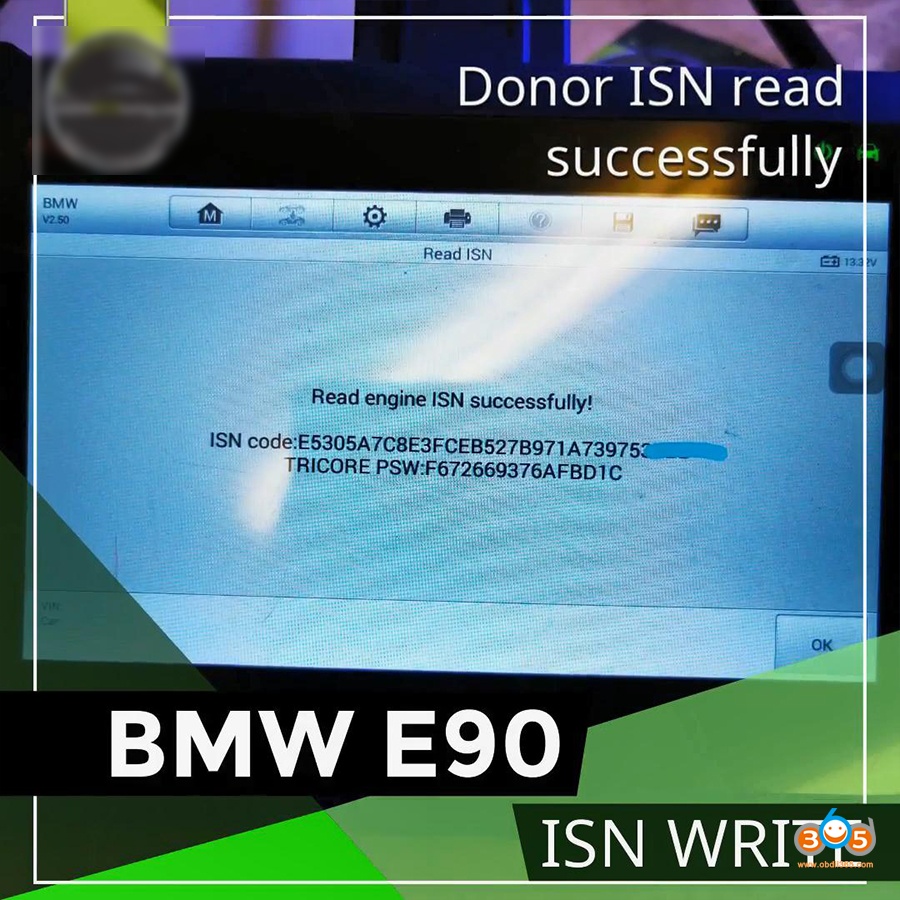 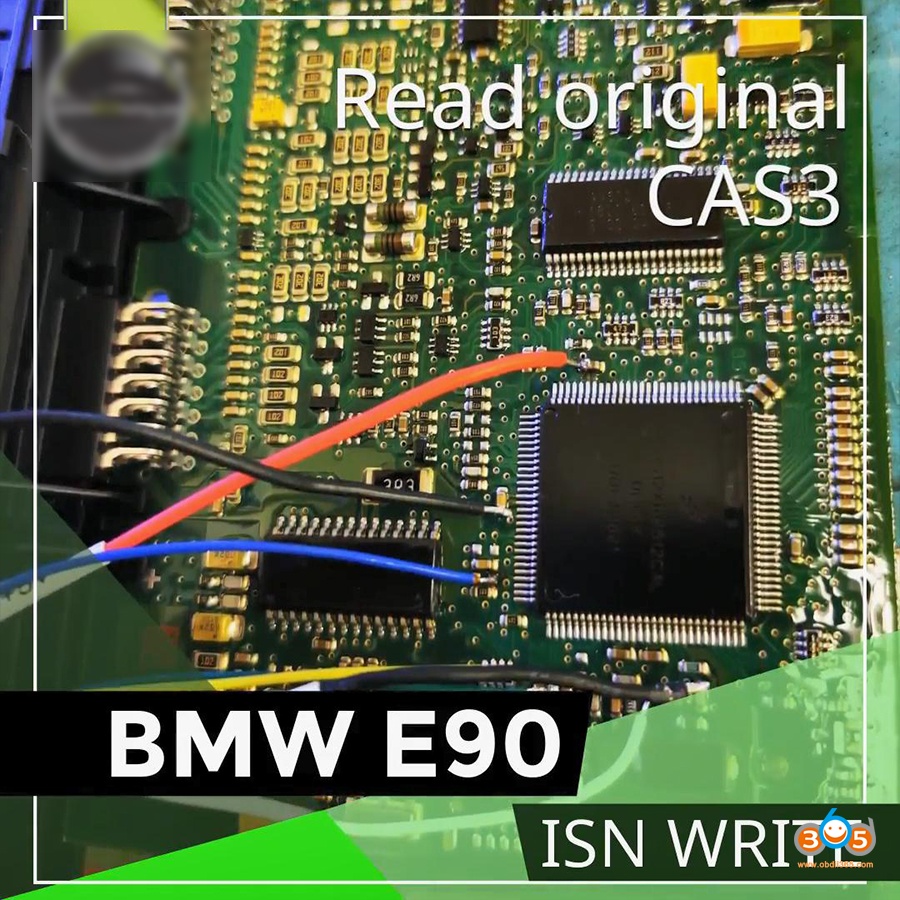 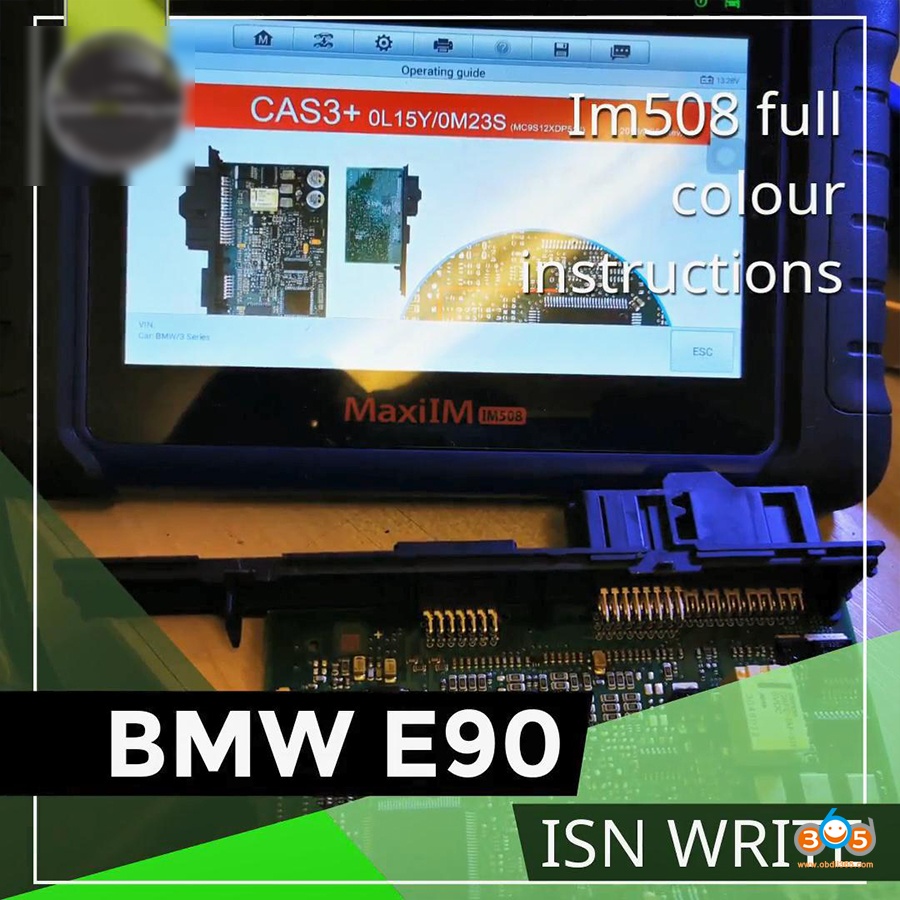 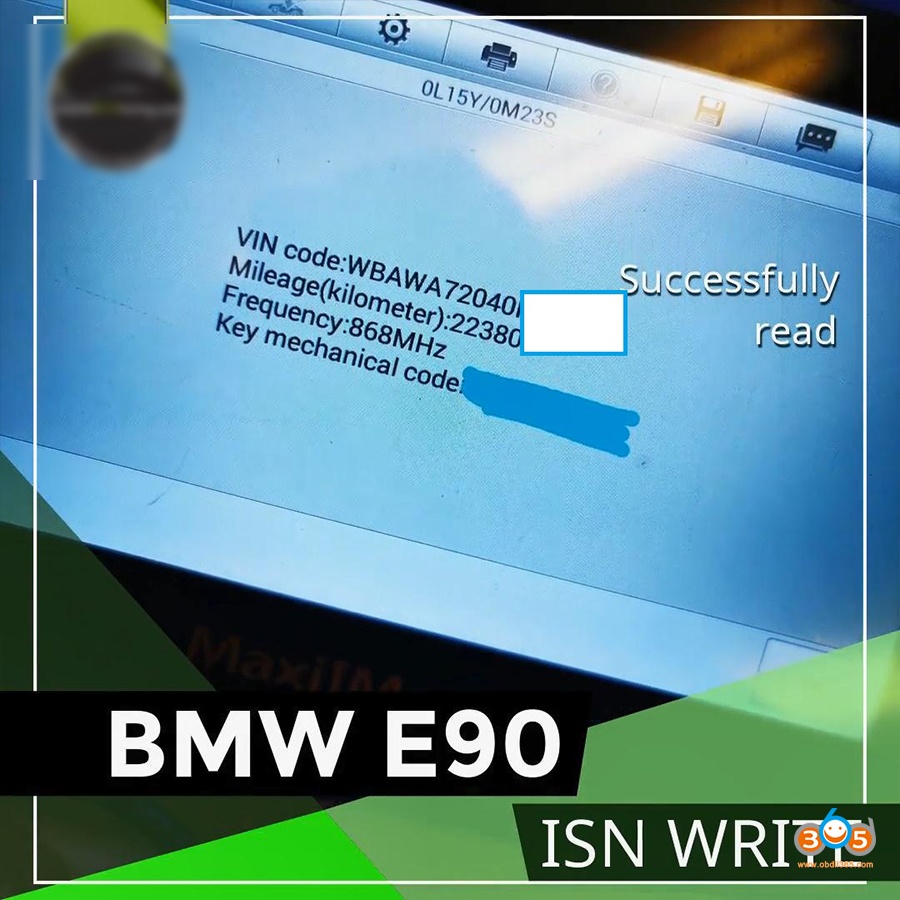 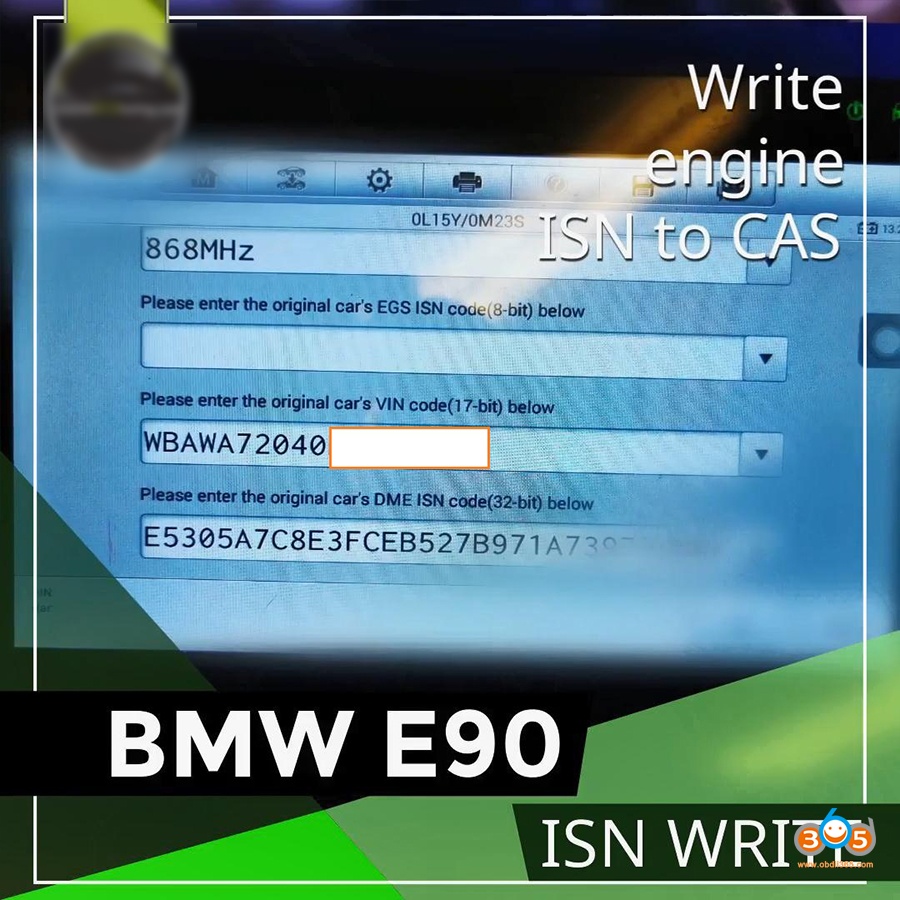 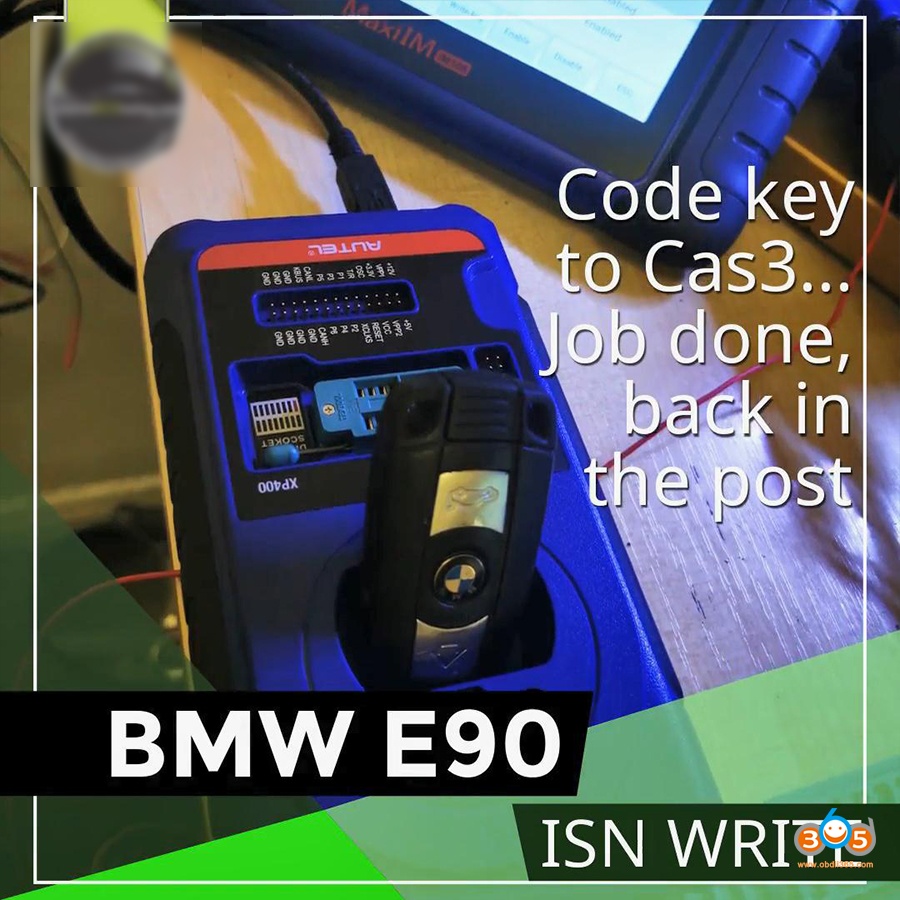 No need to do DME clone.

Only reads the donor DME ISN, then write the ISN into the CAS3 via OBD or ICP!

Guide: Read the ISN from the replacement second-hand (used) DME and write this ISN into CAS module by OBD or ICP mode.
After ISN is written into DME, the original car key can still be used on this vehicle normally.

However, some people hold the opposite opinion, you can read it for reference:

Can’t just write isn to CAS in every case, most you shouldn’t ever change CAS ISN.

Issue is down the road when your customer is lost keys again with a issue at dealer. The dealer doesn’t like when you modify something in a way they wouldn’t. And if you change ISN then, if lost keys found, customer upset. Also you are taking a big load of work by having to find exact compatible DME. Trans/Powerclass/Vmax/Vin/ZB da da da da da. To do the job a proper way, is not writing new ISN to CAS. CAS modules REARLY fault when they are virgin and it is the ID of the car and shouldn’t be modified for just a lost key.

ISTA cannot change power class, vmax, or working hours though. ISTA will register a new vin in-series BUT to pass an emissions inspection, you must change in eeprom.. Proof of concept take two MSD81, both same ZB (good luck), change the VIN with ista in one, and compare them in HEX. Or take any certified scan tool and do a VIN read out. Vin read out 1 is OG vin to DME and VIN readout 2 is VIN of CAS