I need to change VIN/virginise used Land rover Range rover Sport/Discovery 3 CJB (BCM). I have re-flashed with SDD and Nanocom, but still holds the old vehicle VIN in part of it and immobilizer light flashes with ignition on, the same as when off.

Read with Xhorse VVDI Prog, edit both vin numbers to vehicle and re-flash to unit. Program a key (or use file from old ecu if it has keys and working). Sync with IID or simulator. Edit CCF then put back the same. Leave ignition off for one minute.

Worked for me on 4 vehicles so far. 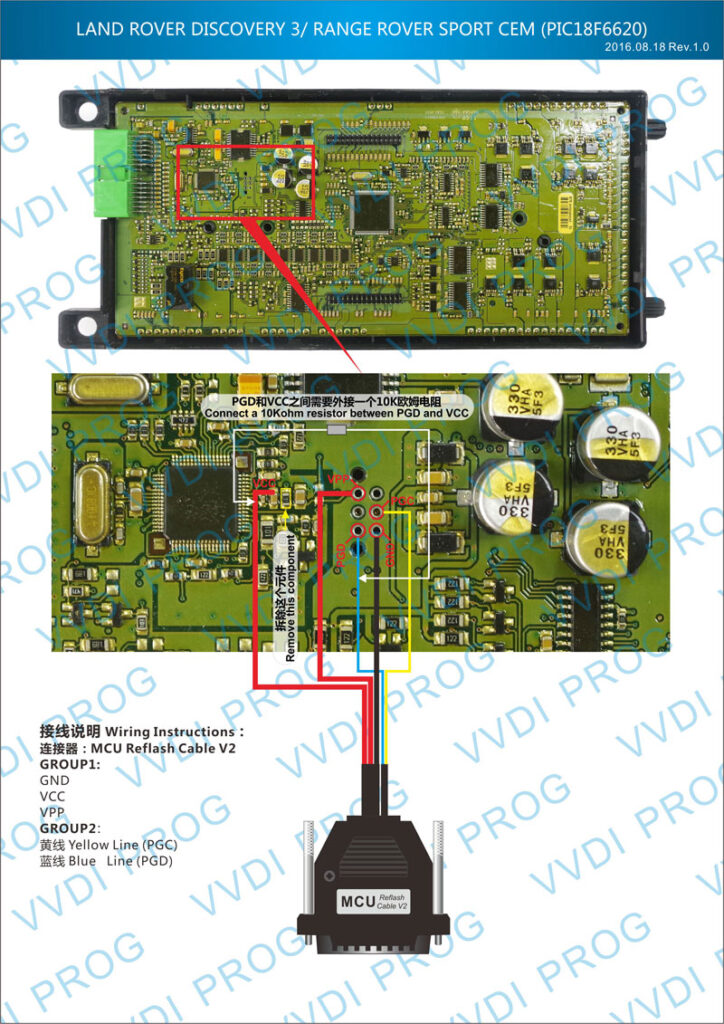 Many devices will read/write the bcm, but i found vvdi prog was the easiest and best overall.

I have also edit files from bcm (atleast 2x vin numbers) using Iprog+ clone software. I found this the easiest and cheapest.

I had to manually search for the vin numbers in all the files that vvdi prog read. I used Iprog + Pro clone software to do this and i also changed the mileage to zero if i could find it. I did not read or write with Iprog, i only used the software to edit the files. I then read/wrote/flashed to original and replacement bcm/cem with VVDIprog.

IM608, IID, IID pro, Nano Com, etc will write/add keys. They are also ok at backing up the CCF files. GAP IID tool pro is very good for all of this and has amazing support for the money.

Always back up CCF. From instrument cluster/clocks, if you can not from BCM. Cluster is the boss of immobilizer system!