Do you know what is the difference comparing diagnostic abilities between Autel IM608 and Maxisys Elite?

Can you flash ecms with the IM608 and do programming like with the Maxisys?

The Maxisys Elite is lacking key programming but what about the IM608? It has the same diagnostic abilities?

Elite does Mercedes and bmw programming
Im608 does keys. Not the programming
Other than that it’s the same diagnostic software 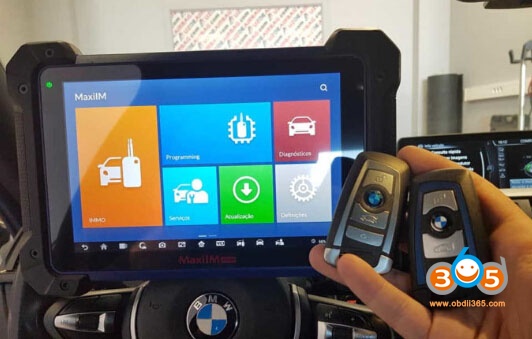 I have this tool since may. it is getting better and better , support is quick. error logs they always reply and send beta version to fix the issues. it is very good tool for bmw as well done few cas2 and 3 keys, I have downgrades 3 cas+ as well without any issues. 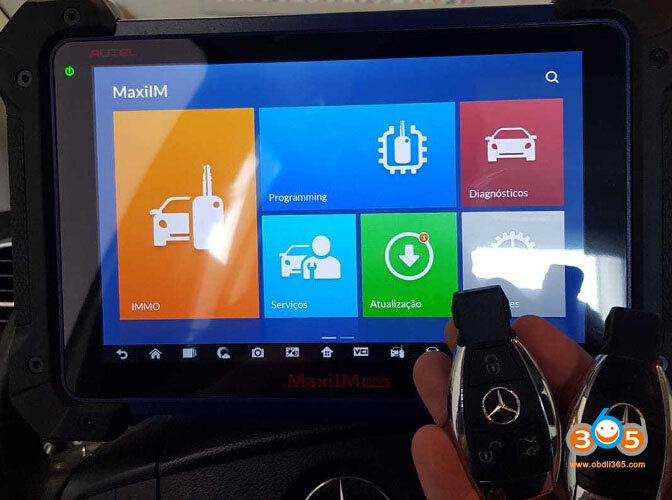 Not at vvdi mb level, but not much is!

No need internet to work on cars but each day when you power it up it need connection for the first time. Presumably checking for updates etc

Done Tiguan 2013, Scirocco and few others VAGs. Works fine on them.

pretty good and fast, an alternative to vvdi2, however vvdi2 is a proven product so I would stick with my xhorse tool

US brands: Good all round coverage, and looks like it will continue to develop.

Europe brands: Can do basic diagnostic (nothing special) and has poor key programming.

Eeprom functions: Still lots of development to do.

2011 Toyota Sienna had the TPMS check light on for the longest time. Toyota dealer wanted $135 to diagnose it and ball parked $150 to fix it. Of course at $285, I could buy this tool and a sensor. So I did. Turns out one of the sensor was dead. Used the TS501 to read all four sensor IDs from the OBD then found the culprit sensor ID by process of elimination. Cloned the ID into a new Autel MX sensor and swapped it out with the old one. After driving the car for 20 min, the ECM recognized that there was an active sensor with the same ID, check light went OFF. Checked that there was no other DTC with another OBD tool, then cleared the old TPMS error code from the ECM using the TS501.

I was having trouble with one of my sensors on my 06′ 4Runner and decided it was time to get it looked AT but wasn’t able to just drop it off at my local Firestone. Ordered the TS501K with included sensors after reading the reviews. I ordered this because of the included sensors that came in the package. It’s ready to go right out if the box and stores your vehicle in its memory, which came in handy because the first time I tried it kept duplicating 1 of the 5 sensors in the tires. It was a little frustrating at first so I let it go for a few days. Gave it another shot and went through the prompts and bingo. All sensors programmed. Relearning to the CPU was simple and the best part… No more blinking light. Great product! Easy to use.

In order to perform the stated coding and programming abilities on BMW and Mercedes-Benz vehicles, you must have a valid and current service subscription through Autel.

I have hooked this product up to everything from an ’05 Subaru STI to a 2013 Hyundai Genesis coupe. Links up great with no issues whatsoever. VERY happy with this purchase and would purchase it again in a heartbeat. I’m a die-hard PC-scanner based supporter. However, I wanted something relatively cheap that has similar capabilities but doesn’t require a laptop. This fit the bill perfectly.

I tested it on a lot of vehicles of my family and neighbors, such as 2008 Ford F-150, 2011 Honda Civic, 2013 Honda Accord, 2015 Nissan Altima, and etc. Not only I but my wife uses it on a daily basis for reading DTCs, turning off SEL, and testing the vehicle emissions for a state program.

MaxiIM IM608 is the most advanced and the unique all in one key programming and diagnostic tool that combines advanced key programming, all systems diagnostics, and advanced services in one Android based 10.1-inch touchscreen tablet. It is equipped with XP400 key programmer and …

The MaxiSys Elite, the newest addition to the MaxiSys line of highly advanced smart diagnostic tools, is based on the fast and intuitive Android operating system. … The MaxiSys Elite rapidly performs every job from comprehensive vehicle diagnostics & analysis to advanced ECU … 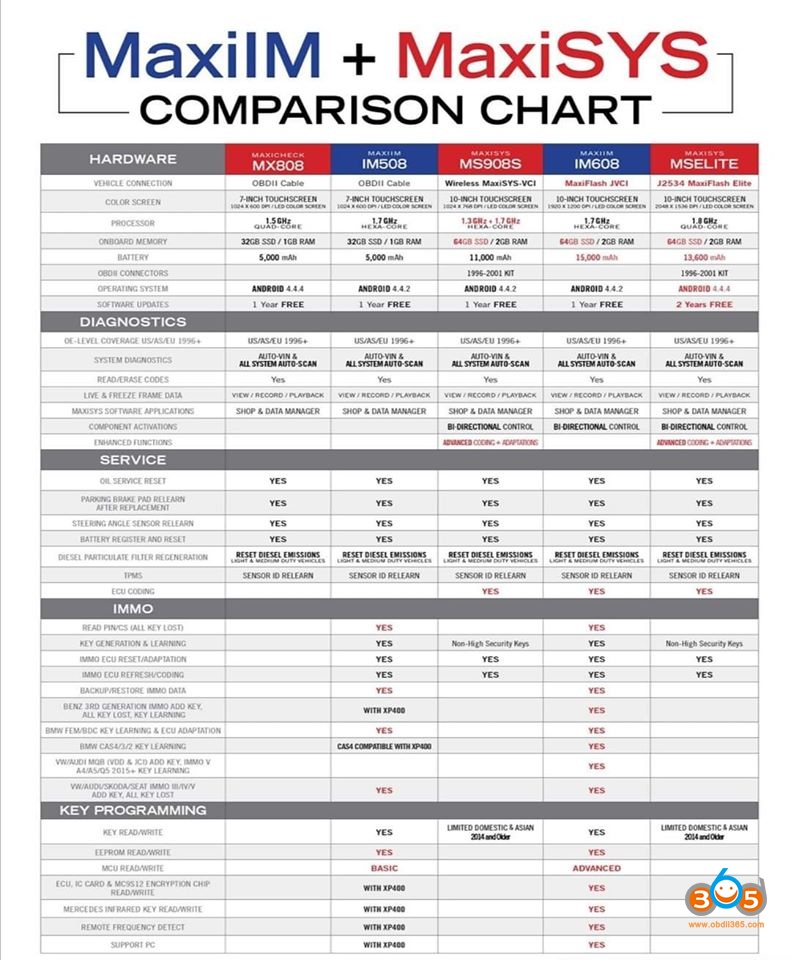 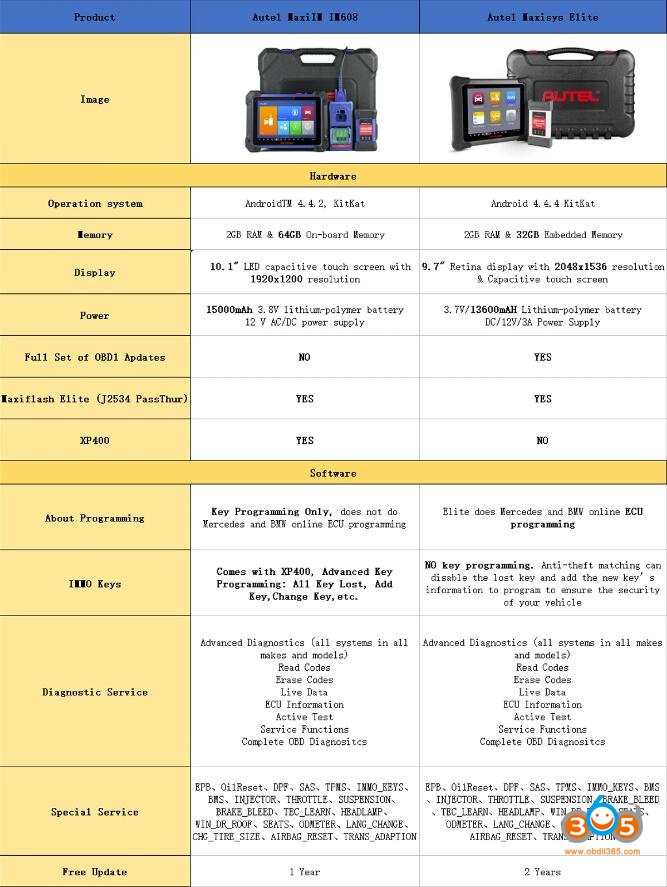