I thought it would be a good idea to let everyone know about this Launch X431 V+ pro scan tool I originally bought a year or so ago mostly for working on non Sprinter related things like used cars at work, family vehicles, my own stuff.
My Launch x431 V Pro will clear those faults, assuming it’s the ones stored in the airbag module. I use it daily when I need to clear any kind of codes or figure out a simple problem that doesn’t need documents uploaded because I’m always using the xentry on something else and only have access to one xentry. The launch v+ has done great on everything I’ve used it on. Oh also free updates for 1 year on the one I bought.
Here’s a couple screenshots where I unplugged the Mercedes Sprinter 2019 W907 van driver’s seat SRS connector then cleared the codes. 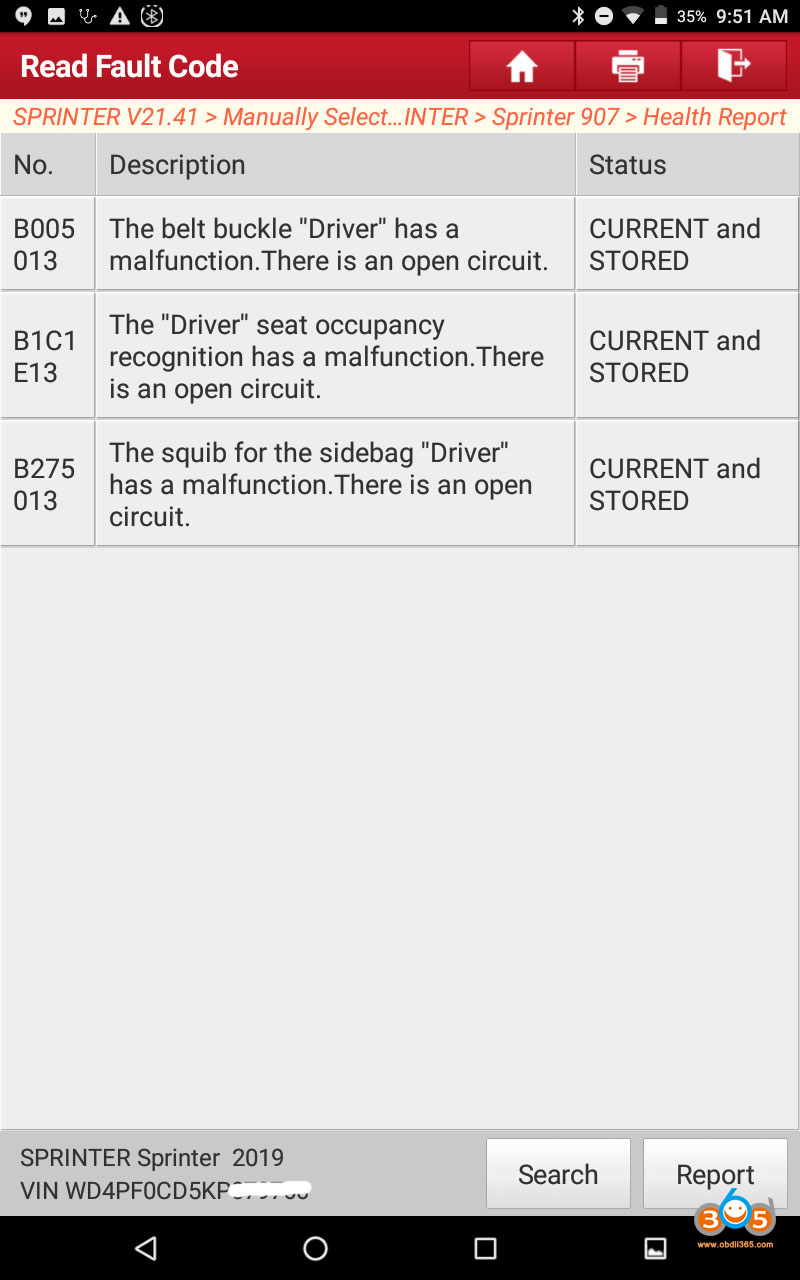 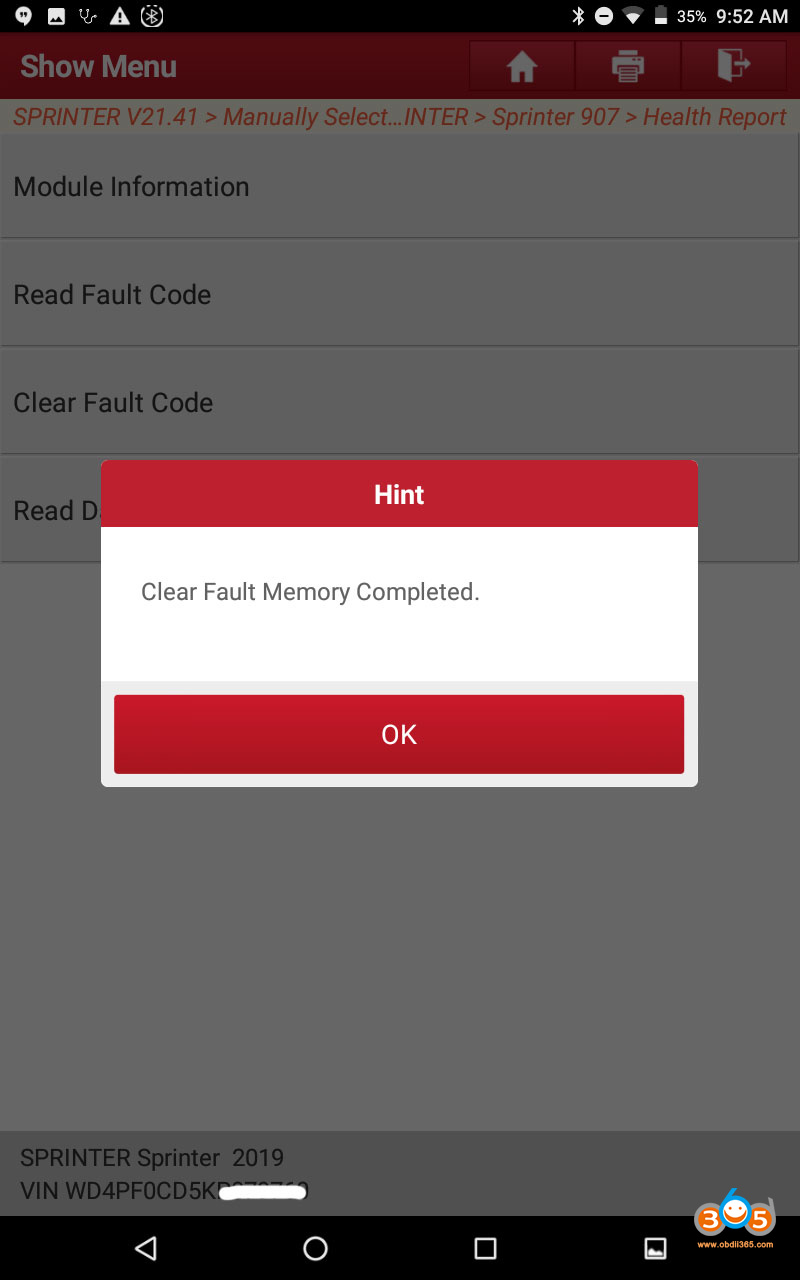 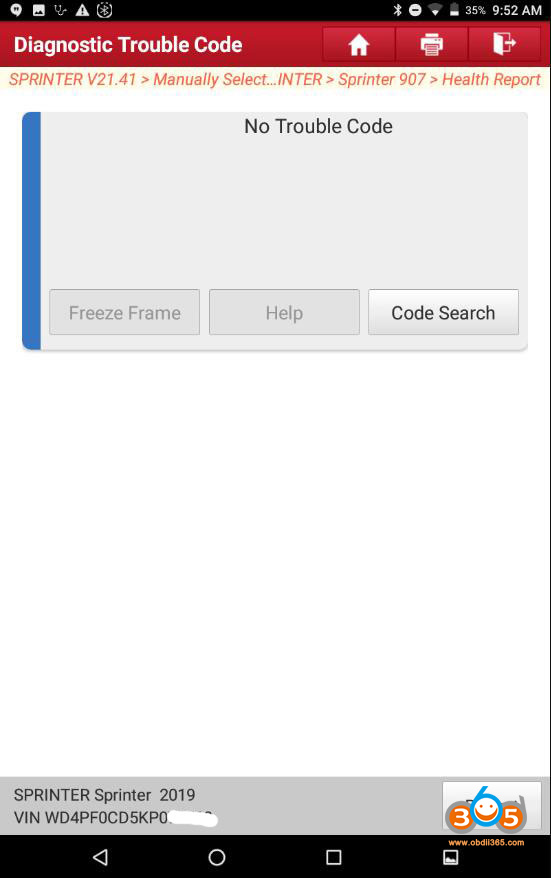 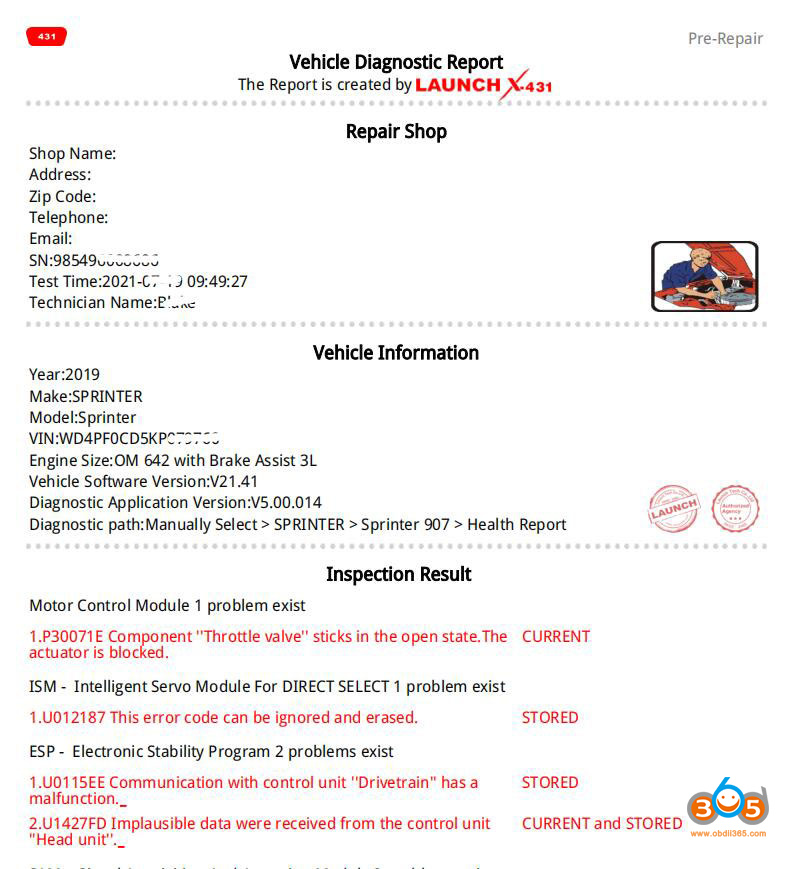 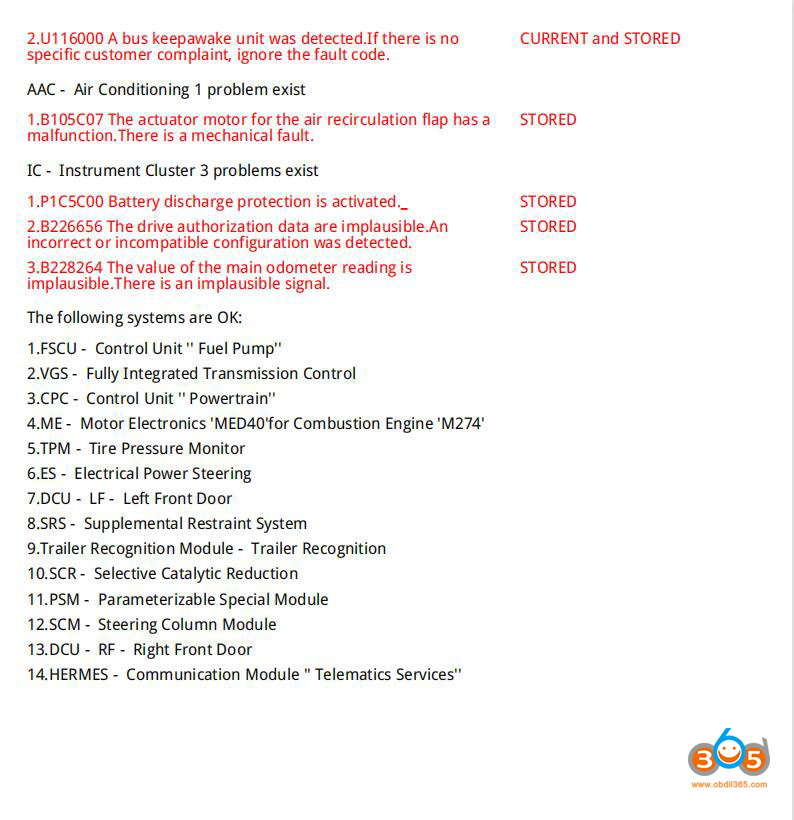 Most faults were just due to low battery voltage and a majority of the others are just erroneous faults. You’d be surprised how many fault codes are set in different modules on a normally functioning van. That’s why on these vans especially it’s important to focus only on faults relating to the concern otherwise you could be chasing your tail for days.
Over the past year I’ve discovered it is actually quite handy for several things on sprinters, both new and old. I have used it to reset mass airflow adaptations after fixing offset drift codes when the factory scan tool (Xentry) was giving me issues. I use it all the time for clearing faults after repairs and for performing regenerations while I’m busy using the Xentry. It also has a nice feature where it can record data/custom data lists and switch between graphing or numerical data and I can go back and look at data frame by frame leading up to a fault which is very handy since I am the only Sprinter tech at my shop with nobody to monitor data while I drive or vice versa. I’ll be happy to answer any questions or try a particular adaptation/reset for anybody considering the scan tool to verify it will do what they want. Please keep in mind I am the only Sprinter tech at our dealer and I’m drowning in AEMs and all the issues on the new 907 vans as well so I stay very busy so it may be a day or 2 before I get back to a particular request.
Also just to mention if for some reason somebody wants functions tested on the following I have access to these family vehicles: 2013 ecoboost F150, 2014 Buick Encore, 2005 Hyundai Tiburon, 2005 Kia Sorento EX, 2002 Ford Escape, 1995 Chevy Silverado (OBD1). I have diagnosed EVAP issues on the Sorento, misfires on the F150, DPFE issues on the Escape. I did DPF regeneration on Mercedes Benz Sprinter 906 2007. I also did a MAP reset on a 2008 Dodge Sprinter 3.0L diesel. Surprisingly, everything went back to Normal. I don’t see any Error code coming out now.
So far Launch X431 V+ has done great on everything I’ve tried it on.
Read also: http://blog.obdii365.com/2021/10/06/mercedes-sprinter-obd2-scanner-thinkdiag-or-autel-ap200/