Hi, I’m going to be doing a demo and a quick review of this Augocom El-50448 TPMS relearn tool, so this will work for GM vehicles that are approximately 2011 and newer and I’ll be doing this procedure on my 2019 Chevy impala. 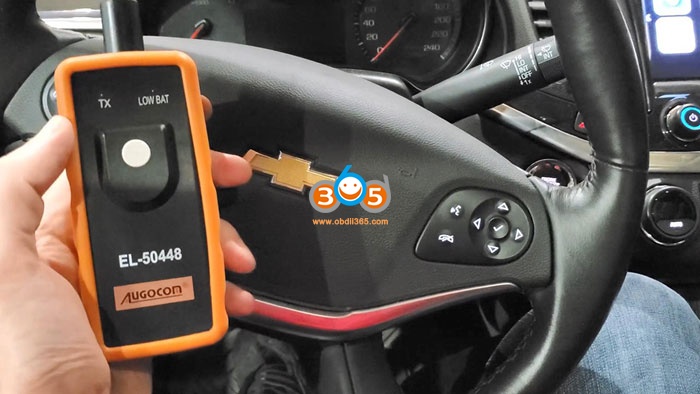 So the way these cars work every time you change tires or change TPMS sensors, you have to do a re-learn and you do require an external tool. On some of the older cars, I think there was some sort of memory, but on the newer cars, you’ve got to use a tool.

I bought this El-50448 from China and there’s a number of identical looking units, I’d actually originally bought a different identical one but it didn’t work, so I returned it and bought this one, this has got some branding on it “Augocom”, this one works really well I did it when I put on my snow tires. 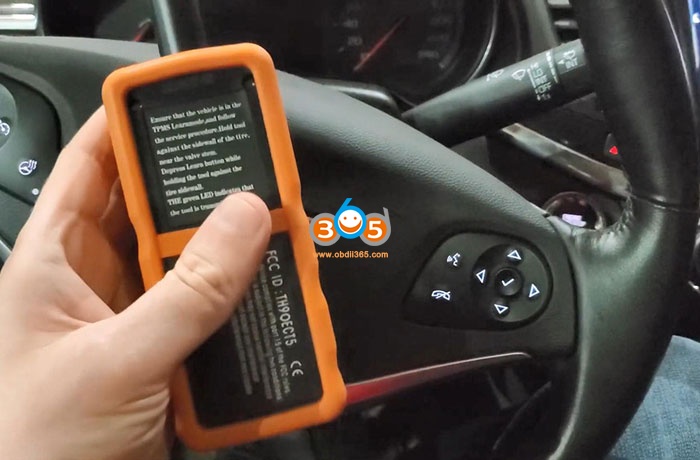 So anyways I’ve just taken off my snow tires and put my all sensors back on, so we’ll do a bit of a demo.

So, another thing which is kind of cool about this El-50448 that the other one I got didn’t have is a little manual it’s not really required, but you know. 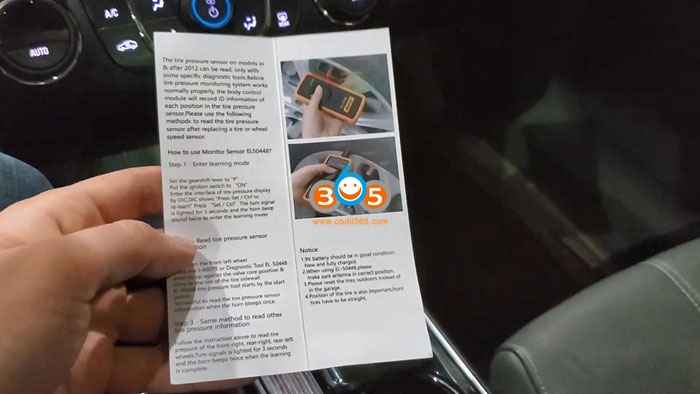 So the tool itself is pretty small, it’s got a nice little cover on it and it’s powered with I believe it is a single 9 volt battery which is not included. 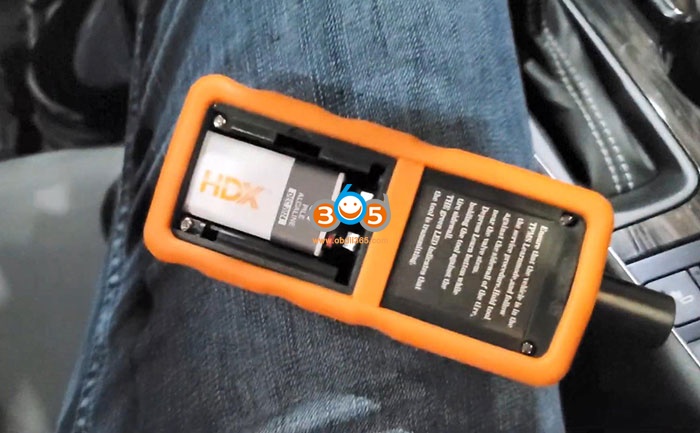 And it comes with just a single button. And even though it looks like you should just be touching it, and then letting go. What I found is you actually have to be holding the button until each tire learns. 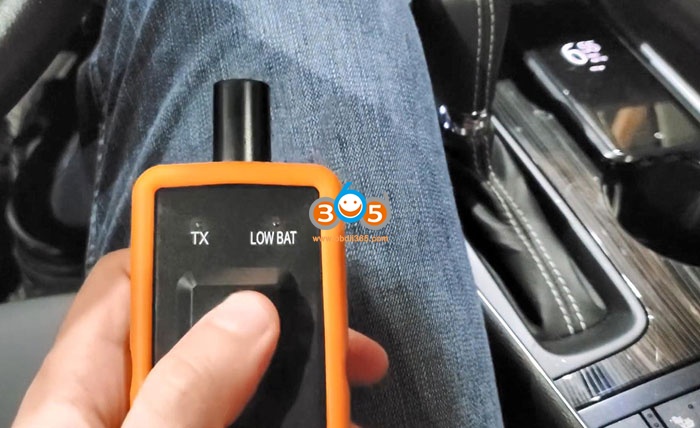 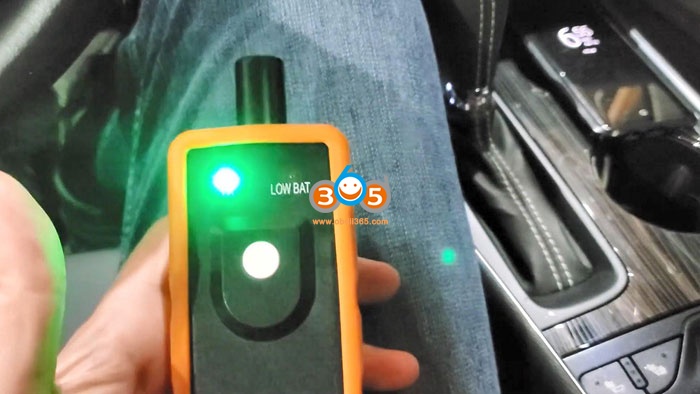 So, before I start I’m just gonna turn on the car just so that you can see that nothing’s programmed right now, so there’s a service tire pressure monitor system warning and you can see that there are no pressures shown. So I’m just going to turn that off. 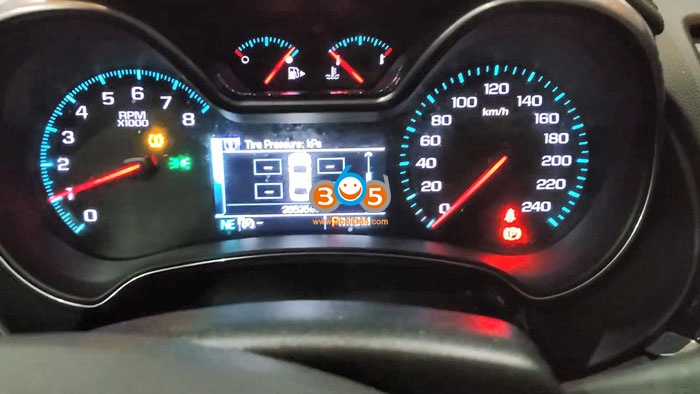 And let’s enter learning mode, so in my 2019 Chevy Impala and I’m assuming many similar GMs to do that. All you have to do is hold the start / stop button for five seconds.

but do not press down the brake during this time. 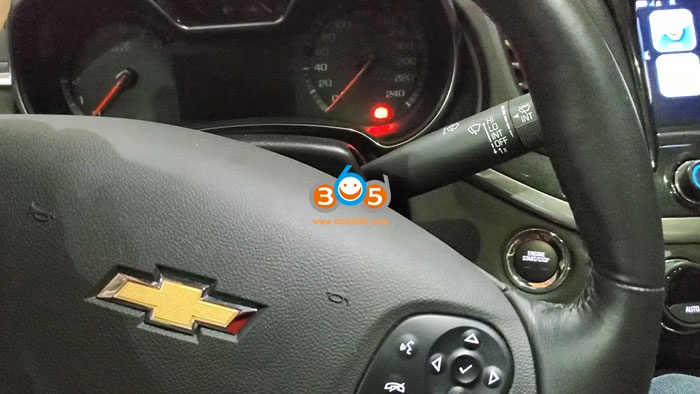 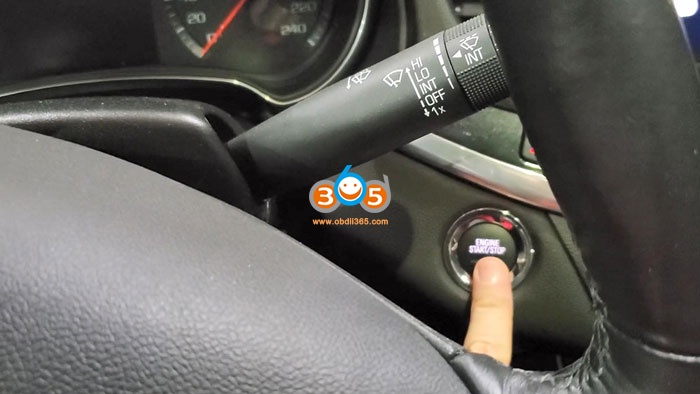 So now it goes into this diagnostic mode and just a couple other things to point out when I had the other sensor that didn’t work I was trying to troubleshoot. Some people were saying that you want the wheels to be facing relatively straight for it to work, so that’s just a tip I guess and the other thing is I put my key fob in the car so that when I go out to do the re-learn, the car isn’t confused that the key fob is gone I don’t really know if that’s required but I figure I might as well. 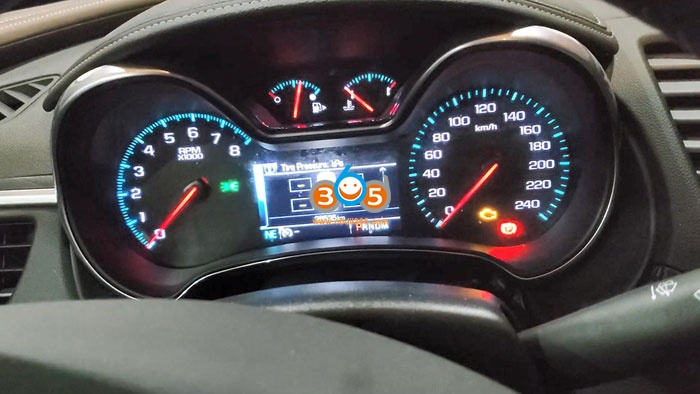 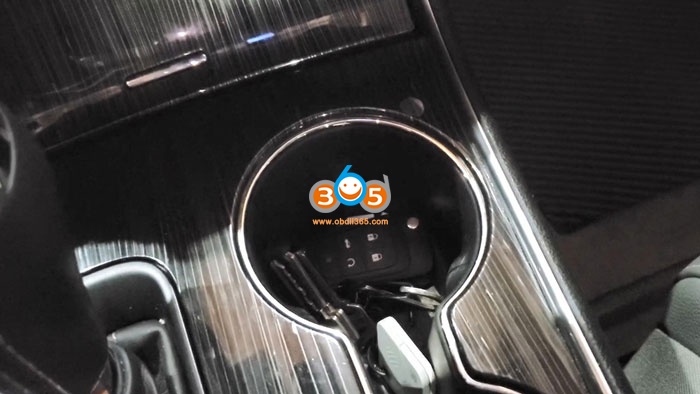 So now we’re in here and all I’m going to do is hold the check Mark until it goes into re-learn mode.  So now we’re doing tire learning and we’ve got to start with the front left (tire), so you just put this right beside the valve stem and hold until the car beep. 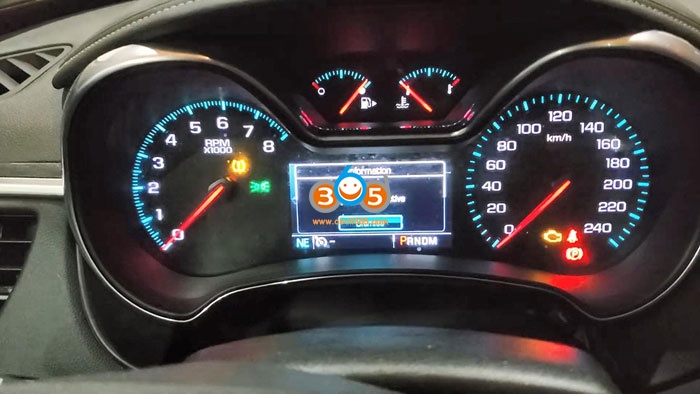 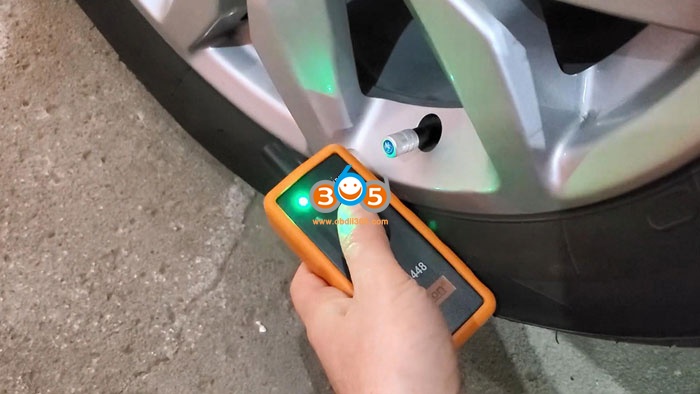 Then we’re gonna go to the front right tire and same deal.

so you can see, it’s not consistent timing, sometimes you have to hold it for a little while before it registers. 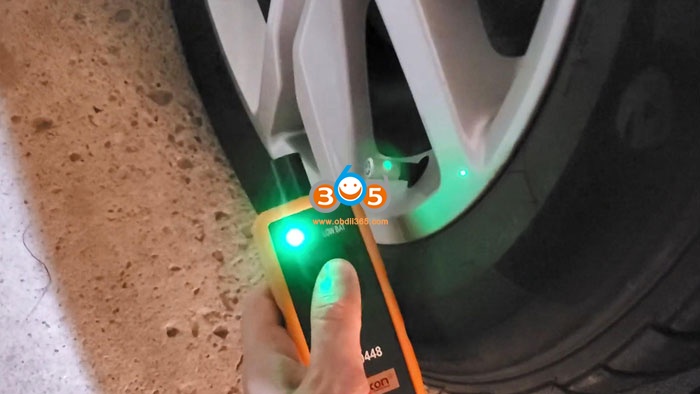 Then the rear right, and then the last is the rear left. Okay, and so those last two beeps. 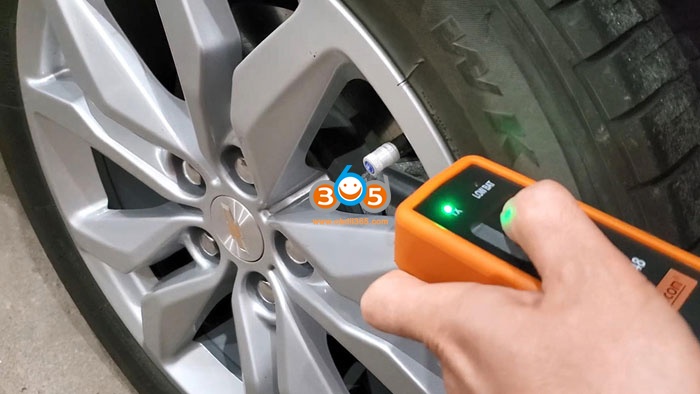 We’re just saying that it was successful and if I get in the car I can see that I’m getting readings.

Now to finish everything, we can just hit the stop / start button.

And then we should be good to go. So I’m just gonna start the car.

And we can see the tire pressures are all shown there and I’m just gonna shut it off because I’m inside the garage and that’s all you have to do. 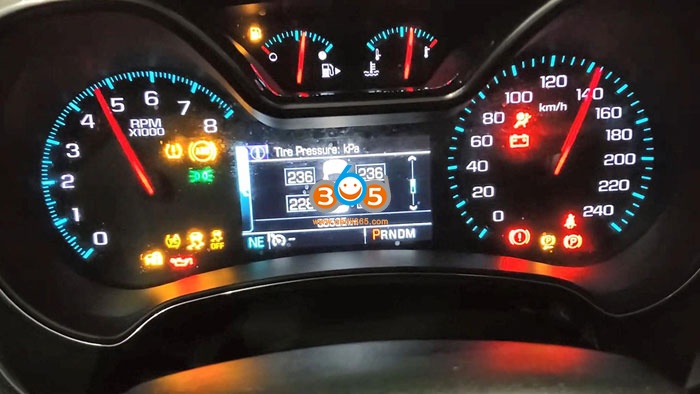 Now one last thing I just want to mention no matter what brand you get, make sure you put this Augocom El-50448 somewhere that you can find it. It’s fairly small and it took me an embarrassing amount of time to find before making this demo and review.

If you have one of these GMs with the TPMS, and you change your tires, it’s definitely worth the investment.