Symptom: in a light front end collision, which I took on as a project for the significant other. One issue that I cannot seem to get a clear answer to is this Tele aid message at start up.

As an alternative to Star Diagnosis, the $135 N510 Elite is the best value available. It will do everything you would likely use a full-blown Star Diagnosis to do; what it can not do you likely would never have use for anyway. (Someone here may tell you that it won’t handle “SCNs” — and they’d be correct — but what they don’t know is your car has no use for SCNs (Software Calibration Numbers). 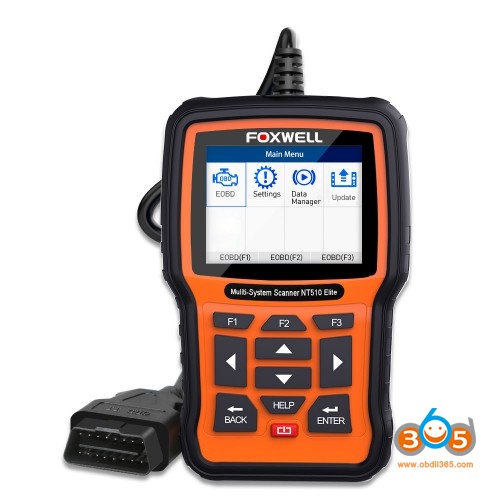 At least one member here is using a Foxwell NT510 Elite at $135 there is no better value to be had. Still, I would prefer to spend $250 and have Star Diagnosis. I’d much rather look at a 14″ PC screen than a small LCD, and Star Diagnosis has some unique capabilities which on occasion can be helpful.

Tele Aid is obsolete and no longer supported by M-B. A simple change in the coding for the instrument cluster can essentially eliminate it from the vehicle. That is one of the “unique” features of Star Diagnosis which I referred to.

I would purchase the multiplexer and cables along with a hard drive containing the Star Diagnosis software and other useful programs (HHT-WIN, Vediamo,DTS Monaco). This contains a hard drive of 4GB memory.

The hard drive should practically be plug-and-play with the Lenovo X220 I5.

Please try this at your own risk: if the Star Diagnosis software turns out to be less than satisfactory, you can download a free copy of Star Diagnosis from my One Drive account. This free copy is very slightly superior to all others in that it runs faster and has been found to have more features.

For the sake of security, if you have any questions, please contact the dealer directly. 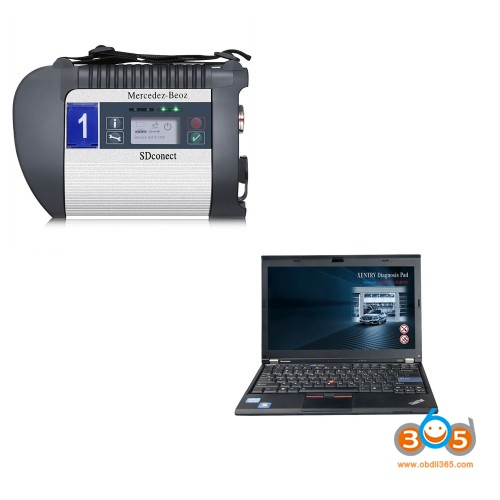 C6 does not cover old cars, many fake clones too

C5 originally and good clones has Xentry on a hardrive in the multiplexor but unfortunatly software support stopped last year, I have worked on the Xentry version called KIT2 for this one 2 weeks ago
many fake C5’s clones also that just have the C5 case with a C4 inside

C4 is the only one covering from very old to latest cars and can add optional DOIP, supports all Xentry versions, online, and all tools like Vediamo and DTS monaco.
just the best if you make sure about some components that should be onboard
It must have these Professional Military Grade Chip onboard: AM79C874VI & ADG426B Chip. it was just a matter of asking, but no “save-a-buck-guy” ever asked directly.
This is also proof that it is latest revision. There are NONE on sale shipped from the US, I never found one on ebay ether.

C3 is for old only no online coding, no Doip and no Xentry older than 2015, almost 100% clones available on ebay and outside china are bad cheap clones. they are first gen clones

I just ordered the Autel MS906BT.

MS908 is the best option for multiple cars
but it’s not cheap
the online versions also provide coding but on MB you might have some small issues with online on headlights for example.

The finest release for C3 is 2014 and not 2008 (that version is just a myth).
People are free to get what they want from vintage to 50$ other brand scanners.
You may even chose a 1100-2900 $ multi-brand Autel if you have multiple cars
All these have their limits from years to functions. Complete & Perfection is not in those.

Well i got the autel sooner than expected. Looks like its able to do most of what I am after so far. Here now is the pesky code that is triggering the srs light. N1262 is the one that remains. 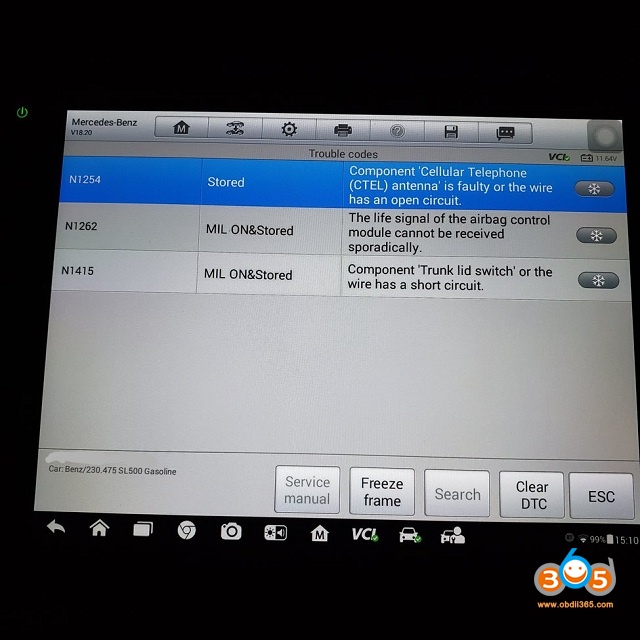 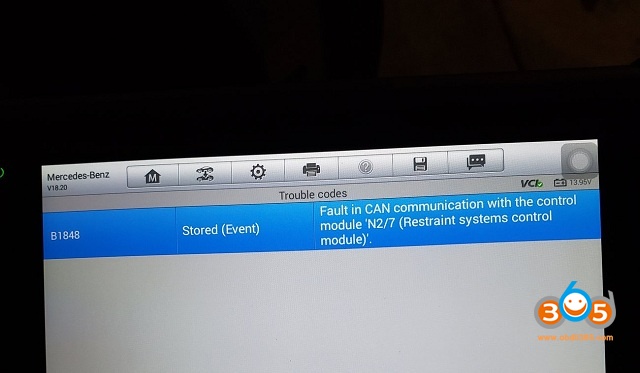 it is a multi car scanner. Might get stuck on some things like updating, SCN, and erasing airbag, but that depends of what Mercedes model you work on.
Most of the workshops use these in addition to real Xentry as they don’t have Mercedes Online. They can’t get stuck
The Autel appears to have the same limitation that iCarsoft and Foxwell have: they report the diagnostic codes but will not explain how to resolve them. This is where the Star Diagnosis software can be an enhancement, since it allows you to look-up every diagnostic code and read the procedures to fix.

So a little update for anyone interested. I got past the 9002 fault code by adding a fuse that apparently was missing at the driver side engine bay. However, I still have a SRS light. The one code that keeps coming up is the N1262. Maybe I hit the limitations with this Autel scanner.

However I did actually end up fixing the srs light today. The autel was showing me when a specific code that was triggered by means of the hour meter. Which was only 30 minutes earlier. The code was pointing at the passenger child occupied sensor, so I moved the seat and made sure everything was plugged in…then disabled and reactivated it through the autel. Then no more srs light.

Was then able to plug into a Ford and a jag for some diagnostics…so the autel is really proving to be a good investment for me at this point. 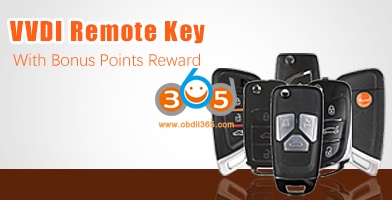