bmw/mini is something i never really have to work on.

It would be possible for you to read cas unit with vvdi prog and program with lonsdor CAS unit is tricky to get to located on top of dash to the right of the speedo and top of dasb will need to be remoted to access cas but once only is simple to read with vvdi-prog solder 4/5 wires to board.

If the vehicle has had the istap update then AKL with lonsdor may not be possible and you may need tango, vvdi or Yanhua ACDP to complete the job.

It is possible to program via obd with lonsdor or vvdi2 but you would need to downgrade the CAS via obd when you read the immo data will prompt you on lonsdor to update as they call it but you MUST have battery support on the car when you do this a battery support unit is best if you don’t have one a good set on jump leads to another vehicle which should be running to keep the voltage stable as can take up to 25 minutes. Lonsdor will prompt you to remove cas and back up immo before doing this read eeprom and flash of mcu with vvdi prog first so you will always have a back up. A lot of people do not like downgrading cas via obd as if something goes wrong a voltage drop or crash can damage the cas. Bench mode is the safest way.

Making Key in All Keys Lost situation for 2013 Mini CAS3+ success.  Usually on CAS3+ or ++, the ACDP reads the data, then decrypts it on there server, then writes data to the key to make it a dealer key… Then you introduce the key to the CAS and it accepts it.  ACDP Mini has a very nice data renew feature in case of CAS3+ damage (backup data).  E90 Cas3++(ISTAP) all key lost done without problem.  For cas3/4 frm fem/bdc I recommend ACDP never failed and after 3-4 jobs you know which points to clean and is very fast and comfortable working. 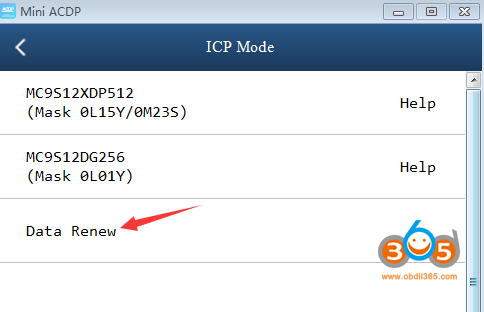 CGDI is 50/50 chance via OBD. Voltage is very important. Better to read and backup data with cgpro or cg100, then write key using cgdi.

The high-end machine- Autel MaxiIM IM608 (formerly Auro OtoSys IM600) could program a new key for a BMW as well as update its CAS. Need to remove CAS as well.

CAS can be repaired so whatever happens it is sortable repairing the flash or data without costing £££ buying a new CAS.

Worse CAS scenario previous locksmith has tried to downgrade cas via obd and so my advice would be to check (so you do not get the blame) before plugging any of your programmers or removing anything off the car that the interior lights work and dash comes on and ignition warning on dash when button pressed.  If these do not come on and electrics appear to be dead this is because the cas data is damage and not functioning.

If damaged data will need to be repaired first.

You said ” bmw/mini is something i never really have to work on”, my suggestion is to check electrics first….. plug in your lonsdor and try to read key data and see if it prompts you to update cas first.  Have done 2013 mini this way obd.

How long to dismantle the CAS?

If you have the right tools especially a small mini ratchet to take a torx20 then you can not even remove all the top dash just losen off most of the top remove air vents and a couple of tricky screws in the middle top dash vents by windscreen and right hand side and get your hand in and unplug and remove the 1 t20 that holds cas in.
It is not a difficult job and can charge a good price to do this job as most locksmiths run a mile .

The car may not even have this version software on it may have been downgraded already….. had a key done before the car is 7 YEARS OLD now so lots of things are possible I have done a 2013 mini OBD fact it had obviously already been downgraded or never had the ista p update from the factory.

2. For a cas removal key in our country can get 250-300 euro using a Chinese key so everywhere is different.

Dealer takes 2-3 days and requires v5 and ID to match. Requires payment in advance and no guarantee that the key works.