Look here: GM MDI 2 what’s the difference of the genuine and the china knock-off?

compared with MDI 1, what’s good of MDI2? Should you buy a new one?

The MDI 2 genuine and china clone are different in the price and operating system only.

For a GM garage, you can buy the genuine to use with relief!

For personal use, the price of clone is good and it’s worth the money!

MDI 2 comes with GM software in a HDD that people don’t have to install software themselves and will have no installation issues!

If you are the one pursuit security and efficiency, it’s necessary to have a new MDI2 interface.

in detail… (all information below works for the original MDI2. for the china clone, it’s for reference only!)

The next generation of the J2534 GM Multiple Diagnostic Interface, MDI 2 (Fig. 1, right), offers increased processing power and security than the original MDI (Fig. 1, left) for faster programming speeds on current Global A vehicles as well as future Global B vehicles. The compact communication module is required in order to manage the transfer of data between a vehicle’s onboard network and a service technician’s PC. 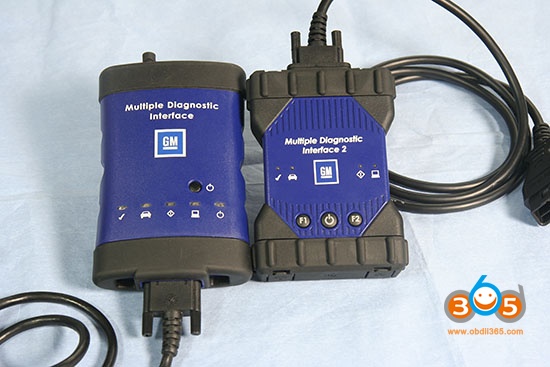 Both original and clone MDI 2 are now available in the market.

The MDI 2 connects to the vehicle via the J1962 connector using a new DLC cable. Connection between the MDI 2 and the PC running the Global Diagnostic System 2 (GDS 2) software can be accomplished via standalone (USB), through a new Point-to-Point wireless Wi-Fi interface feature (a simple plug & play), or through the dealership network (Ethernet or wireless). 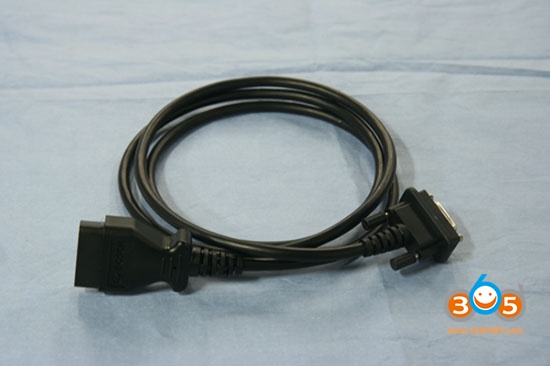 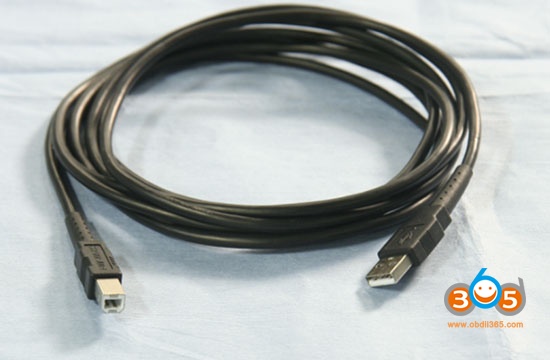 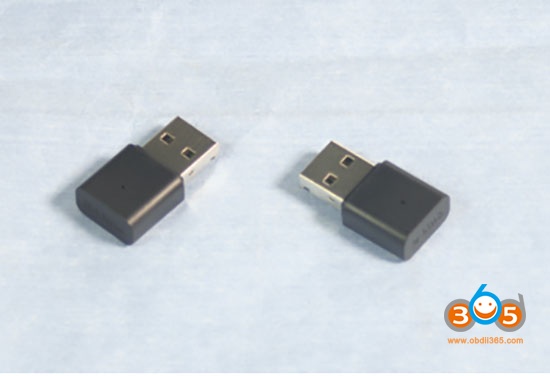 A DLC Cable Self-Test Loopback Adapter (Fig. 5) was sent to dealerships as an essential tool in December. It’s compatible with the MDI and MDI 2. It’s also sold separately through GM Dealer Equipment.

The adapter is used to test the DLC cable for open wires when used with the MDI Manager software. The adapter also can be used to power the MDI or MDI 2 on the workbench. 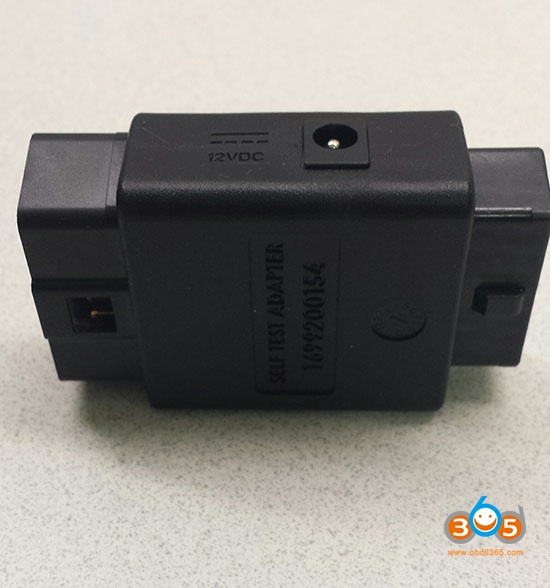 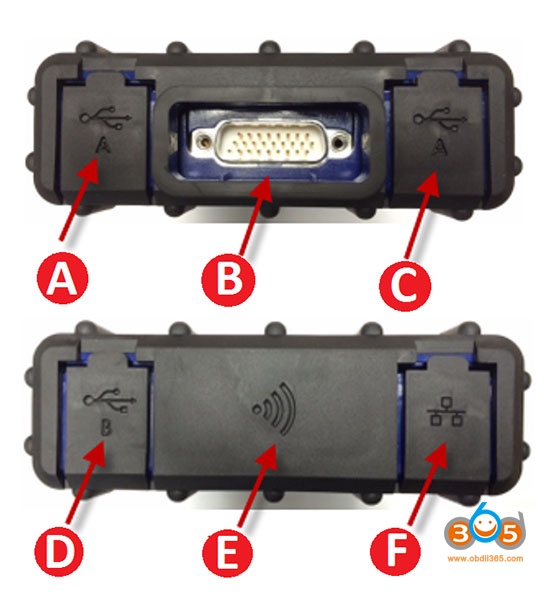 The first time the MDI 2 is used, the point-to-point USB dongle must be paired with the PC, which will install the necessary drivers on the computer. One dongle should be plugged into the PC and one into the MDI 2. (Fig. 7) The dongles are identical. Use either one for either connection. Remove the bottom dust cover to access the port.

TIP: Do not plug the dongle into a USB hub. It must be plugged directly into the computer. 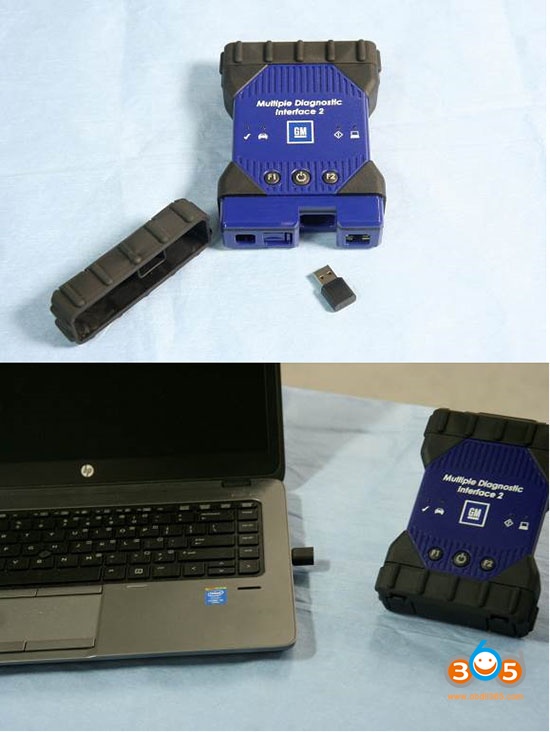 Connect the MDI 2 to the PC via the USB cable. After starting the MDI Manager, the Point-to-Point connection is automatically configured. The USB dongles are intended to stay plugged into the PC or laptop at all time. If it must be removed, safety eject it by right-clicking on the Windows USB icon in the bottom right toolbar on the computer.

Dealerships considering new purchases should look into the MDI 2 for its many new advantages The original MDI will continue to be supported, but will not work on future Global B models.

– Thanks to Chris Henley