Maybe Tango is not in direct competition with Abrites. Tango is mainly used for key making via eeprom and transponder generation whereas Abrites is mainly for keymaking and other functions via OBD. The closest point they meet is with the Tag key tool been used as a eeprom aid.
Now it could be said that Tango could kick the ass of Tmpro, ad900, zed bull, and miraclone. but others would beg to differ.
I would say that Abrites is now becoming big competition to AD 100 Pro.

Tango kicks Abrites ass in RELIABILITY, QUALITY and customer support with ease. Obviously it cant do nowhere near as much as Abrites, BUT atleast it works first time and everytime and you can trust it UNLIKE Abrites

I have Tango from China upgraded to latest software on Scorpio-Lk Tango web-side no problem , Great Tool !
but you have two version available from china, the cheaper version about 200USD is clone/copy rubbish and will not update on Skorpio-LK ……
Original Tango price- over 1000USD and all is working fine you must register on Skorpio-LK with in one month of purchase and if you don,t connect to internet/server tool will lock itself , you can buy extra modules from Skorpio-LK no problems.

4.
I have tried new Fly tango V1.111, it does not work. Before update it worked little bit. For example I could red Skoda 1998 iD33 key. But after update nothing works. Except for documentation, that works. I am using it on windows XP, no yellow flags.When I check Fly tango software says everything is ok, but last line says some errors. I contacted Fly company, but they are not interested, probably because they know it does not work. Any suggestions, I be grateful. I think I have to buy original Tango. I was misslead because some guys on DK said it worked like original, but no updates. FLY TANGO V1.111 DOES NOT WORK

So I had a bit of a win today with this Tm100.I can say that Fly 100% deletes your serial number, which inturn makes the software pop up a window to update etc as other people have said & posted screenshots of this.
After patching this little problem I was able to use the Tm100. but it’s, not a permanent fix.
I’m actually very dirtly about this & I believe FLY should not kill peoples programmers even if it’s a clone, which this is not a clone.
I’m waiting for an email back from them, & I will keep trying to contact them to fix this TM100.
But if I don’t get a response, I will not stop reverse engineering this product until I have a 100% fix in which I will make sure other people don’t have the same problems I’m facing.
You can see the serial number is all “000” & when I put back the serial number in the software I can read an H chip etc so it’s working as the example etc.
Here are some screenshots.

Tm100 was the worst equipment I had.
Biggest hit by the Fly team.
In addition to the equipment we lose purchased licenses.
Fly does not respect who bought their products.
Fly is very dishonest.

Firstly why would FLY sell a Tango “Works just like original” for only $800 with full functions and still sell their TM100 over $2000 for full functions? Doesn’t that tell you something? Because obviously if the Tango worked just like original and you got free updates and whatever then who in their sense is going to buy the TM100?
With regards to the SDD+, I asked them how much and they said Free only need to pay shipping. I asked how much shipping and they quoted a massive $67. So I said ok, rather ship to my agent in Shenzhen which is very near your office and MARY says $50 and the other Fly sales person says $25. Either way it’s still alot. I agreed on the $25 and they sent me a paypal invoice of $27 and on there states
the goods —-SDD+ is free for the customer 27usd is only for the shipment or the delivery so we will refuse to accept any dispute of refunding”
So are these SDD dummy or faulty units or what and why the crazy shipping amounts? I mean shipping inside shenzhen isn’t more than $5. So is it really free or they cleverly selling you some expensive paper weights?

Conclusion:
It’s hard to say which one is the best, the TM100 is a China brand, the Tango is a foreign brand, their functions are basically the same.
The TM100 functions: cover,read,write and generate transponders;read kilomoters,VIN,and transponder type;PIN calculation,62 key maker modules.
The Tango functions: cover,read,write and generate transponders;read kilomoters,VIN,and transponder type.
TM100 Transponder support: Philips transponders, Temic transponders, Megamos transponders,Texastransponders
Tango Transponder support: Philips transponders, Temic transponders, Megamos transponders,Texastransponders,Atmel
Note that, here i mean the original from Scorpio, not the cheap one from FLY
Maybe you would save some good $$$$ if you just bought the clone TM100 from the FLY company. But it has many bugs and sometimes goes faulty for no reason. Send it back for repair but a few months later, probably DEAD again. They cannot help resolve any bugs or issues with their devices
In summary, Tango is more stable than TM100.
Perhaps TM100 remains to be perfect.
but if you don’t venture to buy a new product, chose Scorpio Tango instead. 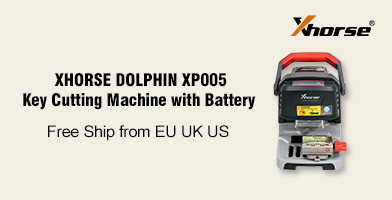