2. No need 2221-45 Fix: you can use original com.daimler.xentry.diagservice file 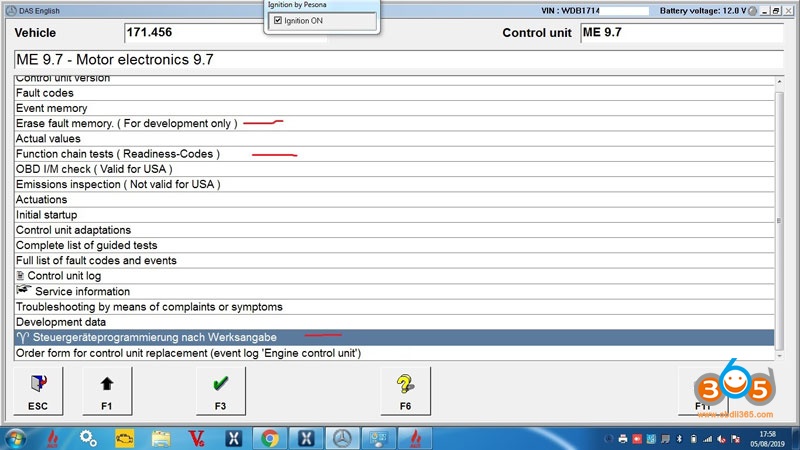 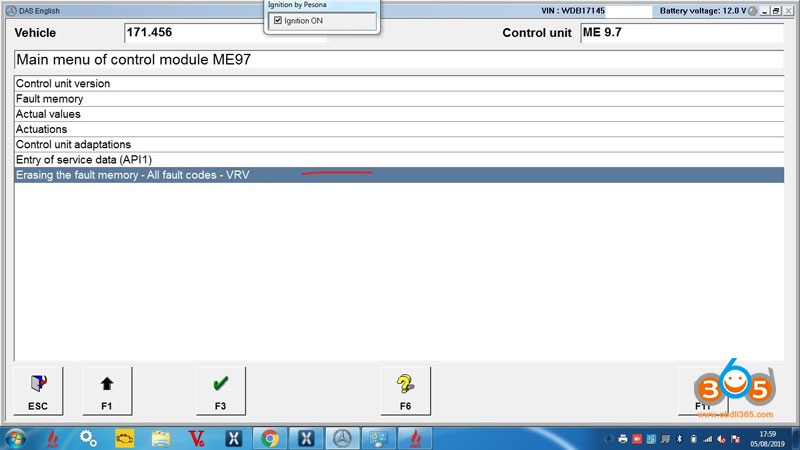 7. Xentry/DAS executions are faster than previous (thanks ross2018)

8. No need Green Illusion in configassist, all are green. (thanks ross2018)

9. Update xentry addons and get extra addon update option (so the key is ok, just need to update) (thanks ross2018) 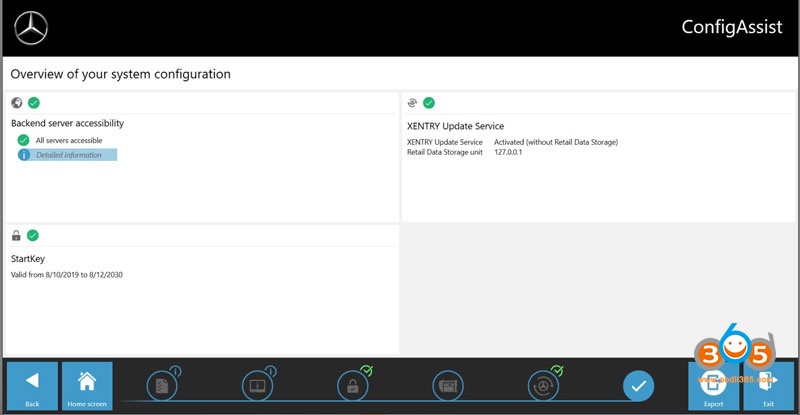 I have used the GM MDI2, genuine AVDI, MONGOOSE PRO 2 CAN/ISO CABLE and TRACTIX OPENPORT 2.0. As long as the device is capable of J2534 protocol, it should work. Of course Xentry PassThru only works on CAN modules. So it’s safe to say that it should work with 2006 and up vehicles. I was hoping AVDI would work with Xentry PassThru with all modules, but that is not the case.

I welcome all-knowledge with passthru xentry-kts bosch
1. install bosch center, driver kts-otherwise it does not work
2.UAC, defender off, deamon tool instal
3.Process from Mr Peson’s installation to choose the US version
4. Everything works

It looks like that, because if i chose a 204 and try to read the FIN/VIN of the 205
is reads it correct, but the software notice is the wrong series/model and stops.

This prove that there is no problem with Actia or VAS5054 interface, it is only
software problem/bug because the install is on 32bit.

Also Actia software is able to diagnose many units, but not all.

Its red color in sw when i try to test.
I uninstall roturbo drivers.
Device manager show error code 51.
I follow instructions, but will try again later.
Thanks
[/quote]

Hallo Ivan,
the red colour gives you a hint to search in the driver problem zone:

This software works with openport 2.0.
Many thanks!
The list will be supplemented.

Almost all J2534 compatible devices. Fron expensive VXDIAG passthru to a 15 bucks X-horse toyota vci. But FORD VCM II rotunda, ACTIA and Mongoose works best.
Invest in a Ford VCM, it will work for JLR, toyota, Honda, FORD/MAZDA, GM, few others with a ini modification and off course MB pass thru.
China re-flash VCM to work for Maserati and Ferrari.

MB VCI is so similar to VCM. China coming soon.

PKW (passenger car & van 12v)
i test it at a glance with xentry and das, all are easy, direct and good result.

Truck (Actros 2,3), Axor & Bus OHXBC, OC500 24v
Notes:
i try with unsupported DAS vehicles in xentry passthru (Lkw, Bus k-line).
I add the folders that is not installed with xentry passthru and take it from xdos with same release.
i am help by Denis (owner and developer of chipsoft). He is a savant.
He helps update the drivers several time to help me to achieve what i want.
The first driver when i get, it does not work with xentry/das and vediamo for mercedes vehicles 24v.

Pro:
– Actros: All ecu are okay but not GM. Still under research but i am already boring right now.
– Axor MB INA (all k-line ecu): Great working now
– Bus OHXBC, OC500 (all k-line ecu): at last, all are great now

Cons:
– device insulation is not good. i already burn one mid and one pro.
i don’t think it is good for a long term use for 24v unless Denis want to add that protection.

(xentry pt works only with can modules, it is not possible with k-line.)

If you use mvci – drivers in link: 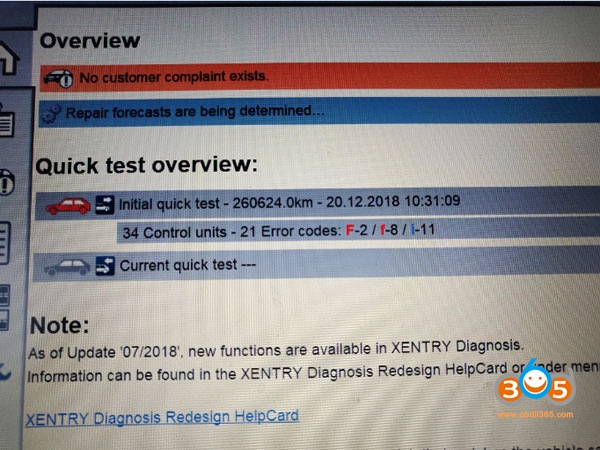 try connect with the VCX cable, also disable or remove antivirus – it interferes with VCX nano

COM port does not matter it appears; i reinstalled MVCI and left it at default COM 3 and connection to 2017 GLA250 x156 was successful.
Battery appears right after selecting vehicle then XENTRY diagnosis and should not take time — see screenshots below 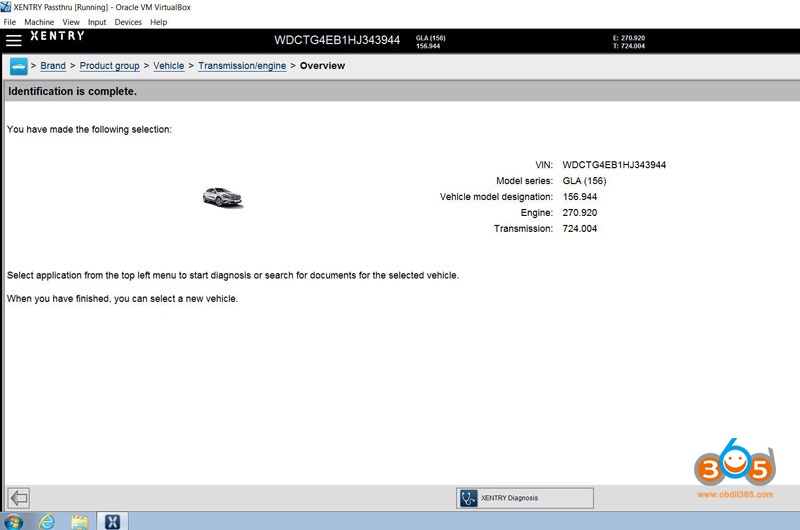 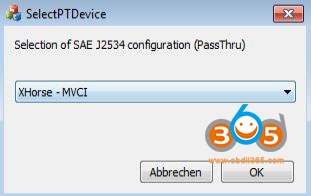 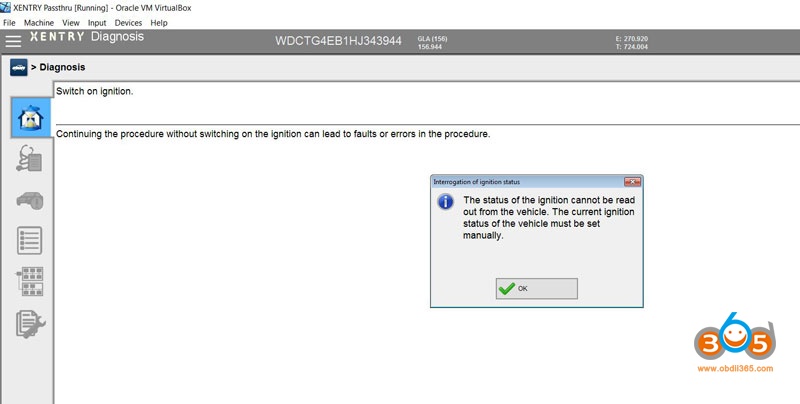 VXDiag VCX Nano for TIS (Toyota Techstream).
This was on the latest firmware (1.5.5 from memory) and in passthrough mode it initially looked good showing voltage but then when trying to connect to the car after ticking the ignition box in Xentry an error from the VXDiag is raised saying “Error License for Function: BENZ” and then Xentry throws an error. The device is licensed for Passthru and Toyota so it seems they prevent this from working in the driver. I’ve mailed Allscanner to see if it’s a device or license limitation.

OTC VIM for Toyota (think this is actually a Bosch device).
Unfortunately even with the passthrough driver Xentry didn’t see the car voltage and just throws an error saying voltage is too low.

Volvo DiCE.
This actually works quite well and sees most modules – a few said they couldn’t talk to the car ECU so guessing there’s a protocol missing but overall it ran through the quick test and got the info I needed (ie software versions).

I’m wanting to update the firmware of the NTG5s1 and from what I’ve read you need a DOIP device to do it so I’ve got a VXDiag C6 on the way – from what I’ve read here and elsewhere it’s slower than the other devices but should do the one off I need.

I’ve got a W212.001 so DAS has it as a prototype and errored out – not sure if that’s because of the Volvo DiCE module so will see how it behaves when the C6 and disk arrive. Hoping I can sort some firmware out.

I actually took the car to a local Merc specialist yesterday and paid £120 for them to do it but when I got there 3 hours later they couldn’t do it – I’m guessing because they had an old non DOIP SDConnect so instead of messing around I’ll try and do it myself!

Xentry passthru does not support these vehicles in DAS:

Disclaimer: All testimony above is personal experience, NOT the official test! It’s your own risk!

You are advised to use tested XENTRY XDOS with the new SD connect C4,  DOIP compatible: